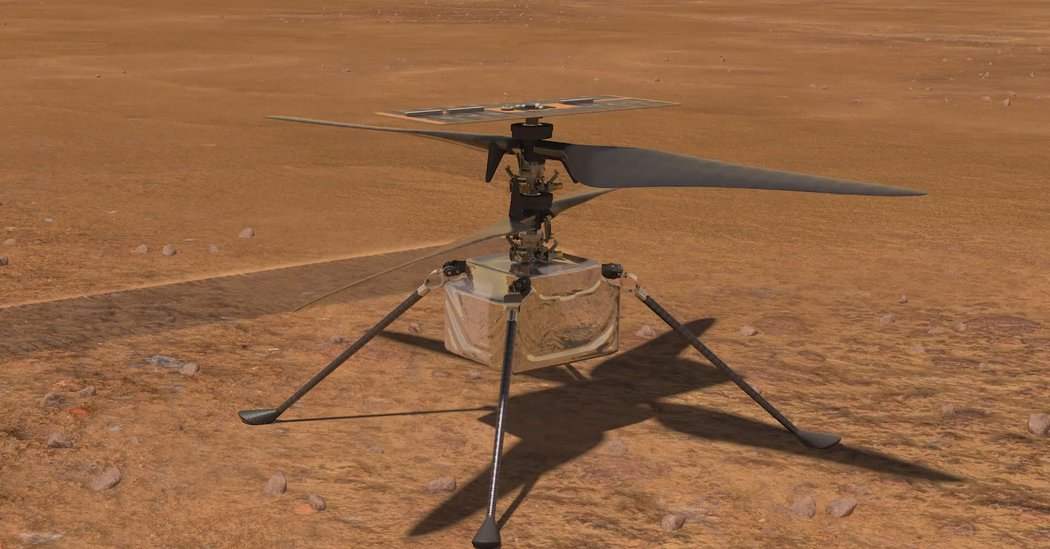 
Before heading off to search for signs of long ago Martian microbes, NASAs Perseverance rover will first undertake what may be the most technologically exciting part of its mission: flying a helicopter.

Packed under the belly of Perseverance, a car-size robotic vehicle that landed on Mars last month, is Ingenuity, a four-pound mini-helicopter intended to demonstrate that flying on another planet is possible.

NASA officials announced on Tuesday that they had selected the site for this demonstration of extraterrestrial hovering just north of where it landed.

That area naturally needs to be flat, Hvard Grip, the NASA engineer who serves as the chief pilot for Ingenuitys flights, said during a news conference on Tuesday, and it needs to have few obstacles rocks and the like that could pose a danger to the helicopter on landing.

The rover has already driven past that location and will now head back. Perseverance will carefully drop off Ingenuity and then back away to observe the flights from about 200 feet away. Ingenuity is scheduled to take off no earlier than April 8, although Bob Balaram, the chief engineer of Ingenuity, said that could move up or back by a few days.

It will have 31 Earth days to attempt to be the first helicopter to fly on another planet, said Lori Glaze, director of NASAs planetary science division. It isnt intended to collect science, but because its mission is so focused, it is, at its core, innovative.

NASA officials have described this as a Wright brothers moment for space exploration, and on Tuesday, the agency revealed that Ingenuity includes an artifact from the first Wright airplane that took off from Kitty Hawk, N.C., in 1903.

We are very proud to honor that experimental aircraft from long ago by carrying a small piece of fabric, Dr. Balaram said.

The fabric is about the size of a postage stamp and attached to a cable on the underside of the solar panel, Dr. Balaram said.

Until 1997, all of the spacecraft sent to the surface of Mars had been stationary landers. But that year, the Pathfinder mission included something revolutionary for NASA: a wheeled robot. That rover, Sojourner, was roughly the size of a short filing cabinet, and planetary scientists quickly realized the benefits of being able to move around the Martian landscape. Four more NASA rovers including Perseverance have since followed to the red planet.

Ingenuity is in essence the aerial counterpart of Sojourner, a demonstration of a novel technology that may be used more extensively on later missions. The body of Ingenuity is about the size of a softball with four spindly legs sticking out. Two sets of blades, each about four feet from tip to tip, will spin in opposite directions to generate lift.

Flying on Mars is not a trivial endeavor. There is not much air to push against to generate lift. At the surface of Mars, the atmosphere is just 1/100th as dense as Earths. The lesser gravity one-third of what you feel here helps with getting airborne. But taking off from the surface of Mars is comparable to flying at an altitude of 100,000 feet on Earth. No helicopter on our planet has flown that high, and its more than two times the typical flying altitude of jetliners.

Using a processing chip that is comparable to what was found in cellphones a few years ago, Ingenuity has about 150 times the computing power available to the much larger Perseverance rover.

It provides the computing, which is necessary for a lot of the navigation and image processing functions Dr. Balaram said.

The first flight is to be a modest up-and-down, rising up to an altitude of just 10 feet. And then we will hover in place for about 30 seconds and make a turn with the helicopter while were hovering, Dr. Grip said. And then come down and land again.

Ingenuity will make up to five flights. The first three are designed to test basic capabilities of the helicopter. The final two flights could travel farther, but NASA officials did not want to speculate how much farther.

Since Perseverances flawless arrival at Mars on Feb. 18 within a 30-mile-wide crater named Jezero, engineers have been checking out the spacecraft and its instruments. That includes the first few short drives and firing a laser that vaporizes rock and soil to identify chemical elements.

Two microphones on Perseverance have been recording some of the sounds of the red planet, including the rustling of winds, the clicking of the laser as it zapped a rock about 10 feet away and the metallic clanking and scratching noises of the rovers six wheels as they rolled across the terrain.

Everything is going great so far, Kenneth Farley, the missions project scientist, said last week during a virtual presentation at the Lunar and Planetary Science Conference. But this is mostly the checkout phase. Were not actually doing full-bore science yet.

Dr. Farley said the scientists have already spotted signs of wind erosion on some rocks. Other rocks looked as if they had shaped by the flow of water. This is quite promising for our study, he said. The scientists also saw rocks with holes with them, which might be volcanic rocks that trapped bubbles of gas in them as they cooled.

The main science exploration will begin in early summer after the end of the Ingenuity tests.

Perseverance cannot take a direct route to a river delta at the rim of Jezero because of a treacherous field of sand dunes that lies between. Instead it will drive around the sand dunes.

The team members are still deciding whether to go to the north, a faster route, or to the south, which looks more geologically intriguing because it includes sites with mineral deposits that might be remnants of the river delta.

Scientists working with other NASA spacecraft at Mars have also announced new discoveries. Data from InSight and its sensitive seismometer, tracking the path of seismic vibrations through Mars, suggest that the planets core is between 1,125 and 1,155 miles in radius. That is larger than some earlier estimates.

Such a large core implies that a relatively low mean density of the core, Simon Sthler, a seismologist at the Swiss Federal Institute of Technology in Zurich said in a presentation for the planetary science conference last week.

That points to lighter elements like oxygen mixed in with the iron and sulfur that make up most of the core, Dr. Sthler said. This finding could further understanding of how Mars and other rocky planets formed. 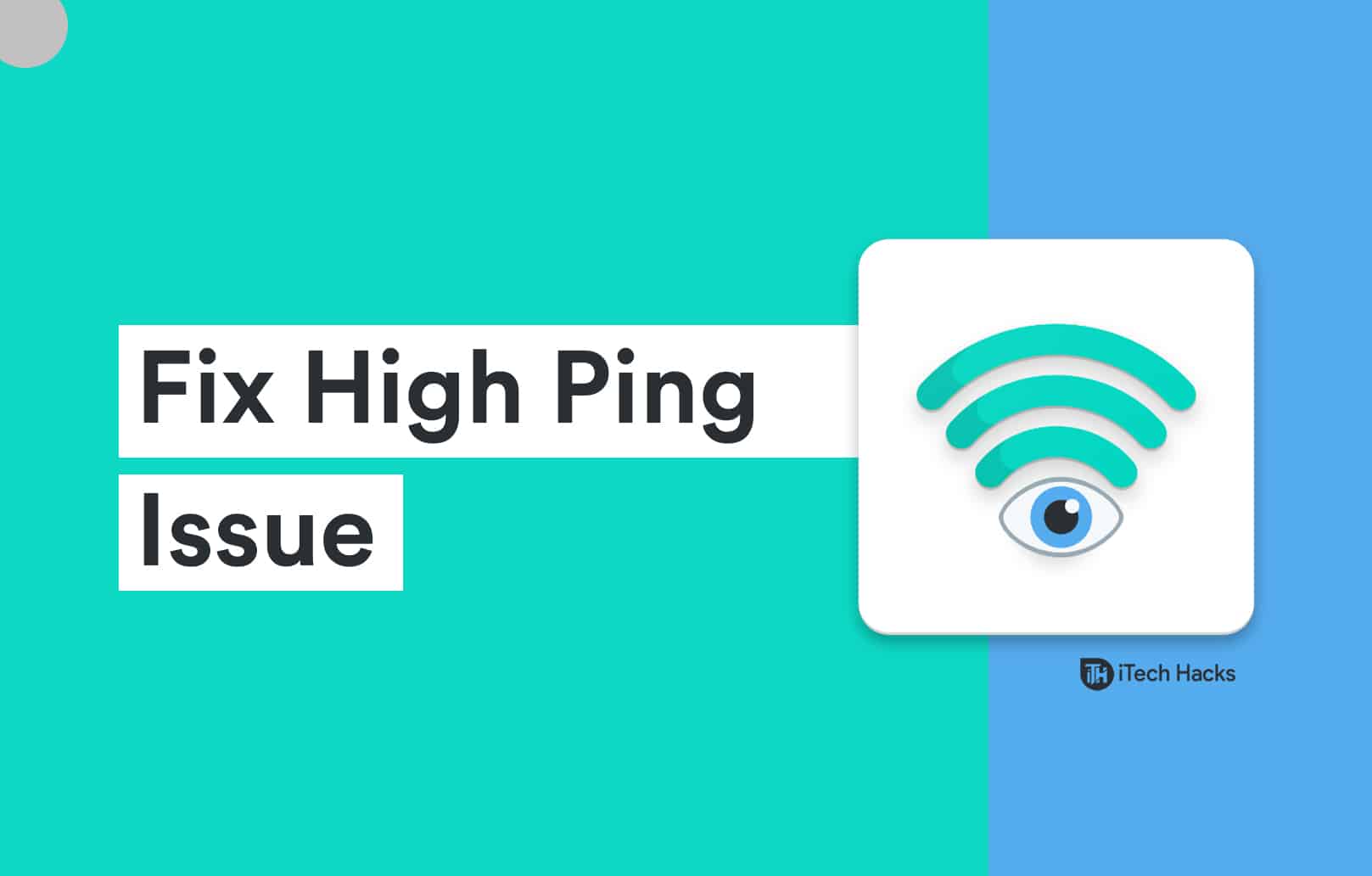