Sometimes, a Bluetooth-enabled speaker is really all you need. But the nice part about having a speaker with wifi capabilities, too, is being able to simply tell your smart assistant what to play without having to fiddle too much with the speaker itself. It helps when that speaker also delivers exquisite audio the way its meant to be heard.

Those are two of the main things I enjoyed most when testing Sonys premium RA5000 360 Reality Audio speaker ($700), which launched Monday alongside the smaller RA3000 ($300). Both speakers have the ability to create room-filling sound using Sonys spatial sound technology, but the RA5000 is the heavyweight in terms of its ability to truly fill a room. And fill a room it will, particularly at higher volumes. But its also outrageously expensive, so theres that.

A premium wifi and Bluetooth speaker that creates an immersive soundstage.

The RA5000 is Hi-Res Audio certified, whereas the smaller of the two is not. I havent had the chance to test the RA3000, but I will say that that speakers humidity resistancewhich the RA5000 does not havemakes it a good choice for kitchen or bathroom applications where it might be exposed to steam. But given the size of the RA5000, I dont think thats the best use case for this speaker, anyhow. Counter space is precious real estate, after all, and the RA5000 is quite large and equally heavy.

The RA5000 manages to pull off its immersive audio tricks thanks both to Sonys proprietary technology as well as its seven drivers, three of which are up-firing. The speaker can be used both as a Bluetooth device as well as with Google Assistant- and Alexa-enabled smart devices, which was the main reason that between the Ultimate Ears Hyperboom Ive been testing in my home and the RA5000, I usually opted for Sonys speaker. The Hyperboom costs roughly half of what the RA5000 does, and I will note that the Hyperboom actually had fuller bass in most applicationsthough bass is kind of UEs whole thing. The RA5000 does have EQ controls through its companion app, though, which UE lacks. And for hi-fi evangelists, the RA5000 is the clear winner.

The ability to use an Echo Dot to control what I was listening to made the premium audio experience a breeze. But you will have to procure that smart device separately if you plan to use the speaker in this way (though they come pretty cheap these days).

Thats not what youre paying for with this speaker, though. The real selling point is its support of Sonys 360 Reality Audio format, which claims to create a fully immersive sound environment and is supported by several premium music streaming services, including Tidal, Deezer, Nugs.net, and beginning April 6, Amazon Music HD. The speaker is Spotify Connect-compatible and has Chromecast built in as well. Additionally, the speaker can recalibrate to a new position in the home just by moving it and turning it on.

360 Reality Audio is a digital proprietary audio format from Sony that breaks down the complex data of audio files and works with Sony environment-mapping technologies to deliver the best possible and most immersive sound. That means youre most likely getting the closest experience to how music was meant to be heard. The RA3000 and RA5000 speakers are the first Sony speakers to put this proprietary tech to work. And while I was using Tidals hi-fi plan to test audio compared with the Hyperboom, the clarity and detail that came through on this speaker were unmatched by the UE.

As for its calibration capabilities, Sony says the RA5000 does thiswith an internal microphone and a proprietary Sony algorithm. To enable this feature, just hold the immersive Audio Enhancement key on the speaker and the RA5000 will begin its calibration process.

I would have liked to test the speakers ability to automatically adjust the volume for tracks that are especially quiet or come through far too loud a little more, but I did find that there was consistency in the audio I was listening to with this speaker and didnt have to fiddle with the volume settings too much. I also would have liked to test the RA5000 with a compatible Bravia speaker, which I did not have on hand. I think this speaker would make sense for a TV application given its ability to create an immersive soundstage. I just dont think it could beat a fully surround entertainment system on its own. But it might make a good multi-purpose solution if youre hoping to spend hundreds rather than thousands of dollars on a speaker system for your TV.

The last thing Ill say is that while this speaker is marketed as a wireless speaker, it does need to be plugged in. What Sony means by wireless here is that there is no aux cable. But the fact that it requires an outlet doesnt make it an especially good portable solution if you plan to be moving around your home or, for example, to your background.

Ultimately, this would make a good multi-purpose primary sound solution for a family room. But youll pay the Sony tax, and if 360 Reality Audio isnt important to you, youre probably better off looking elsewhere. 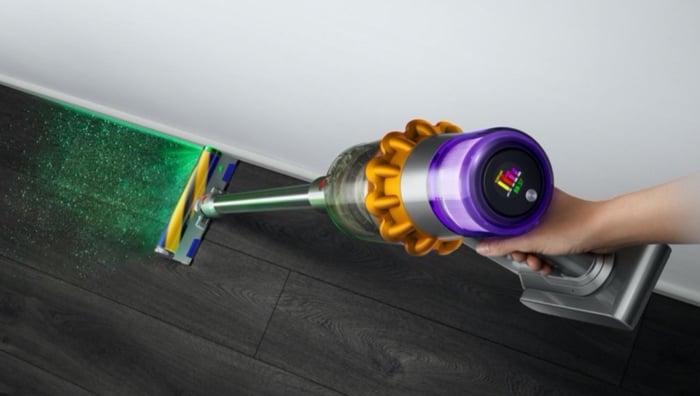