So far, Ive watched Zack Snyders Justice League twice. I think. Never once all the way through. How could I? The human digestive system was not meant to remain dormant for that long. Thats why comedian Leslie Jones quest to watch the Snyder cut and provide live commentary on Instagram last night was so commendable. (It took her 85 #longassmovie posts to do so.) This movie is a commitment, and not one to be undertaken lightly.

But there is a way to do it rightor at least do it manageably.

First, its probably best to treat this endeavor less like a movie-watching experience and more like a miniseries viewing. At four hours and two minutes long, it can feel daunting, but if you pretend its Bridgerton, its no different than watching the entire season in one sitting. Theres been a bit of chatter lately on the general topic of Is this a movie or is this long-form TV?particularly as it pertains to projects like Amazons film anthology Small Axe and Disney+s new Marvel series The Falcon and the Winter Soldier. For the most part, its felt like things have been put in their right place (Small Axe is definitely a series of films, and Falcon is certainly a TV show), but the Snyder cut is the first to feel like it could go either way. It has the long narrative arc of a film, but it spends its first half establishing characters and backstory and its second on denouement, unraveling the knot in a series of escalating climaxes like a TV miniseries.

The episodic nature of Snyders Justice League is its saving grace. It comes in six parts, each with its own title, and has an intro and epiloguea Knightmare for those in the know. (Spoiler alert: Because this is a guide for people who have, presumably, not seen the movie yet, well keep the plot details to a bare minimum. But there will be some very minor explanations of scenes and characters from here on out.) On the surface, these are great places to pause to use the restroom, grab a snack, stretch, call your mom. But they do vary in length and content, and a break may not feel right during each transition.

So, without further ado, here’s when you should actually break and what to do during each one.

Sitting One: Intro and Part 1

First up, the intro. This is mostly a lot of Superman screaming while the world copes with his death, much of it in slow motion. (Pro tip: A fun thing to do, if youre so inclined, is to take a drink during every slow-mo scene. Make sure the fridge/cabinet is stocked.) This is a good time to prep your snacks. If you live in a place where you can watch your screen while making food, do that now. If not, do your cooking and dig into those nachos after you press Play. Carbo load, if that feels right to you. The intro is short(ish), so watch it right along with Part 1, aka Dont Count on It, Batman, which focuses on Bruce Waynes attempt to recruit Aquaman. These two sections total about 37 minutes. When theyre done, take a hint from Arthur Curry and stretch out and get some water. Its important to stay hydrated.

Sittings Two and Three: Parts 2 and 3

The next two sectionsThe Age of Heroes and Beloved Mother, Beloved Sonare chock-full of backstory: exposition on how the Mother Boxes came to be and the people tasked with protecting them (the Amazons of Themyscira, the Atlanteans, humankind), and the histories of the Flash and Cyborg that were largely left out of the 2017 version of Justice League. Watching these two together takes about an hour. You can watch them in one sitting, but we recommend taking a break in between. Its a marathon, not a sprint. After the second installment, hit the bathroom.

By this point, youre in the thick of the Snyder cut. You might also be a little drunk, and were sorry for that. But this is where the movie really hits its stride. The heroes have gathered (it was so hard not to type assembled just then), and they know the enemy they face: Steppenwolf and his quest for the Mother Boxes and destruction of Earth. The next two sectionsChange Machine and All the Kings Horsesare a little bit longer than the previous two. Taken together, theyre about an hour. Watch them in one stretch.

Youre almost done! The final chapter, Something Darker, is the final showdown. Pull together the last of your snacks, make some coffee if you need to, use the restroom one more time, and settle in. Darker goes pretty quickly, and its followed by the epilogue, which feels long for an epilogue, but by the time it starts up youre so close to the finish, it feels silly to not just power through. Do that.

Congratulations! Youve now completed the Snyder cut. That was fun, right? Glad we all went on this journey together. And, hey, maybe we can all do it again when Zack Snyders Justice League: Justice Is Gray drops? See you then. NASA is preparing to fly the Ingenuity helicopter on Mars, in an otherworldly Wright brothers moment 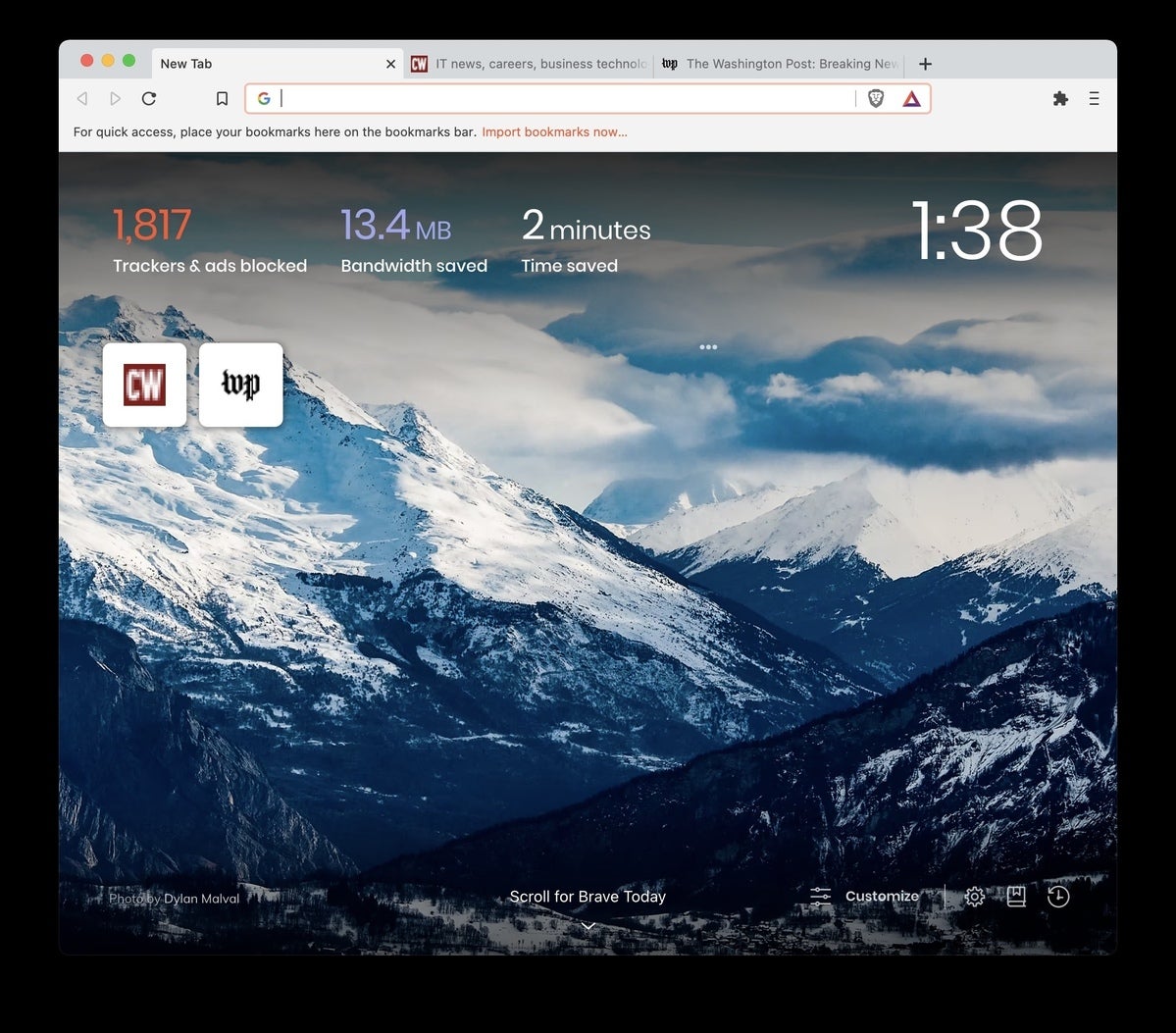 The Brave browser basics: what it does, how it differs from rivals