Like many of WandaVisions secrets, the true meaning of the shows era-specific production values, aesthetics, and practical effects only became clear towards the series finale which properly ushered the Scarlet Witch into the MCU. The story behind some of WandaVisions use of visual effects goes even deeper than that, though.

When io9 sat down to speak with the team at MARZ (Monsters Aliens Robots Zombies), one of the studios that worked on the Marvel Disney+ show, VFX supervisor Ryan Freer, co-president Lon Molnar, and managing director Matt Panousis all agreed that working on a series like WandaVision in the midst of an industry-altering pandemic presented more than a few unexpected challenges. Having come out on the other side of the project, though, the trio all agreed that the experience left them confident in the future of comic book adaptations created for the small screen that capture most, if not all, the grandeur of their cinematic counterparts.

Charles Pulliam-Moore, io9:Talk to me about the production process for this show. How much of the plot was the team clued into from the beginning when you guys were brought on?

Ryan Freer: [laughing] Nothing, really. Marvel does a great job of showing you what they need to show you and what your group has to work on. Sometimes we get larger chunks to bid on as one of the vendors on the show, and we get we can kind of piece together whats going on, but they keep a really, really tight lip.

io9: What was it like being in the dark about the shows larger arc, but being able to feel out some of its specific shapes because of the work MARZ was doing?

Freer: With IP like this, its really cool because we know that there is potential stuff coming down the pipeline with Vision and Wanda, and seeing it all it starting to come together is really amazing. A lot of what we were working on this this season had been established before us, and there was a lot of reference out there already for the established Vision, if that makes sense.

io9: What were some of the final details in this series that casual viewers probably missed because of how WandaVision, at least at first, wasnt working with a drastically different physical form for Vision? Especially because theres so much parity between the characters big and small screen depictions.

Freer: The general audience, I dont think, knows that youre looking at visual effects every time you see Vision. His entire head other than just his eyes, his nose, and just a little bit of his mouth is all CGI. I went on to some Reddit boards, and people were saying, How was the budget so huge on this show for visual effects? and I went all the way down through all the boards and nobody really nailed it. There was maybe one person I said I heard they overlay of visual effects on top of Vision or something, but…yeah. Its the art of making art that no one notices.

Matt Panousis: This the second year in a row weve had something like this happen because last year we worked on Watchmen, which was MARZs comping out party as a company because were only two-and-a-half years old. [Looking Glass mask] was also an effect that tricked the majority of the audience watching the show. HBO explained to us that after the mask was first introduced, Google searches for the mask jumped, and it just speaks to how seamless this art has gotten. It a little anticlimactic at times, yeah, but the sign of good VFX is always when its invisible.

io9: Its interesting that you bring budgeting up Ryan, because thats something thats become a big part of the way fans speculate about how these projects will shape up after news about them first breaks. What about WandaVisions use of VFX do you kind of wish audiences grasped better to understand how moneys allocated to these shows?

Lon Molnar: This might be a good segue to talk about tracking markers, actually. There are some menial tasks that happen that you just have to do on a shot-by-shot basis. Theyre putting tracking markers on all over Paul Bettanys face because we need to track his head, where were putting CG elements. But the problem with that is that we have to remove those tracking markers. So were paying labor to remove on a frame-by-frame basis the very markers that are necessary for us to do VFX.

Freer: When we first started our relationship with MCU, we did a test shot for Marvel that the studio really liked. This was before we even knew that we were working on black and white vision.

Freer: They actually tasked us with remaking a shot from Age of Ultron. They sent us a few CG elements from Industrial Light and Magic for his head which were already established. We took that, broke it down ourselves, resurfaced it, and got it to looking like Paul as much as we could within our pipeline because our pipeline was very different than other companies. Marvel liked our work, and that turned into us working on the 50 or 60 shots from WandaVisions first episode, which is a pretty big jump from us not having a working relationship before. Those 50 or 60 shots, the studio liked as well, and that we could get them done in a shorter time frame, and that first episode ended up taking us about three-and-a-half, maybe four months.

io9: How tough was that, especially as post-production kicked off last year?

Freer: The toughest thing people always say with working with Marvel is getting your shots [finalized]. Those are director finals, but theres the supervisors, the producers. But then on top of the producers, theres also the executives who ultimately have the last call, and if they dont like it, then it goes all the way back down to the bottom, and the whole process starts over again.

Sarah [Eim] and Tara [DeMarco], the VFX supervisors on Marvels end who we worked with, both had such fine eyes for Vision and other elements in these scenes. I think there was maybe only one or two shots that that actually got it all the way through with no notes, and thats pretty rare. Even after doing four hundred shots of Vision, I thought that I had a finely-tuned eye for him, but there was always something, something small here and there that you could do to make it better. And yeah, they were always right.

io9: As relatively-new to the game as MARZ is, what was it like for you working on WandaVision and your other projects during a year when the pandemic really upended a lot of entertainment in significant, unexpected ways?

Panousis: I dont want to say that we had incredible foresight, because part of its also luck, but I do think that especially with what happened last year, the TV business model was hugely helpful. MARZ has done over 40 television projects. A lot of studios will have one or two kind of key marquee projects, but if those happened to be in film last year, that was super problematic. We didnt let go of a single person during covid, and grew almost 100% during it by virtue of having this model in place and the fact that a lot of what we were working with was shot before the pandemic.

When we decided to bet on putting all our focus into television projects, that was kind of rare for a VFX studio, but in the past two years, it just seems like TV has exploded at a pace faster than what we kind of anticipated.

Molnar: Ive been in the industry for 20 plus years and this has always been the challenge with the hours that we do and the time that we dedicate to these shows. Covid, if anything, showed us that you can do this kind of work when youre working from home, and you can have dinner with your family whereas, in the past, you were commuting an hour-plus into the city on top of time working.

io9: Were coming up on The Falcon and the Winter Soldiers second episode, and looking forward, there are going to be a lot more of these kinds of live-action series, and not just from Marvel. Having seen WandaVisions finale, and knowing that series are a big part of studios future plans for these franchises, what sorts of things are you more interested to see in the genre?

Freer: Going back to my first point, visual effects are always the greatest when you dont notice that its there. There are a lot of shows now, especially like TheFalcon and The Winter Soldier that are just kinda like beat-em-up shows, and thats to be expected. But I think WandaVision was a breath of fresh air even despite that final episode that did feel very much a part of that traditional superhero movie final act. Im hoping that more stories can see the power of having visual effects that arent necessarily right in your face, but help give these shows a deeper focus and detail to these characters and their emotions.

Im excited for more stories that want audiences getting excited about who these characters are as people, and not just because theyre showing off what powers they have and blowing things up. I mean yeah, at the end of the day, were a visual effects company, and well be there to blow the things up because its fun doing that, but its also so much fun to work on the subtle things barely anyone notices.

Panousis: I think if you probably asked us a year ago whats going to happen on WandaVision, I very highly doubt wed have said Well, you know, what were going to do is theyre going to actually go decade by decade and theyre thinking outside the box. Were on our heels, too. Were talking about a few new projects with Marvel right now, and we…dont know what to expect. All we can do is do our research and look at the characters and storylines, and try to get a sense of what Disney might try to connect.

Molnar: One thing that you can see thats trending, though, is more stories explore these characters in different time periods like what they did with Sam Jackson and Captain Marvel. Its interesting to consider how that kind of technology can be affordable on a platform like Disney+. I think for us, our goal is to try to break through that technology to make it affordable to be able to place characters in these entirely new contexts because once you can do that, you have a whole new story to tell.

WandaVision is now streaming on Disney+. 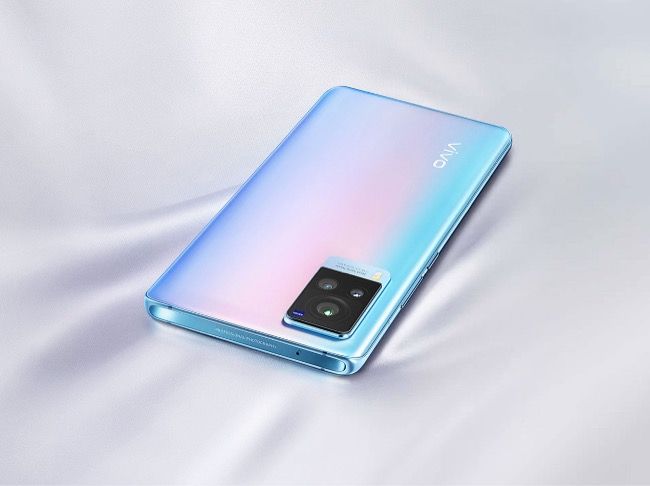 Will we see a PS5 India restock in April? | Digit 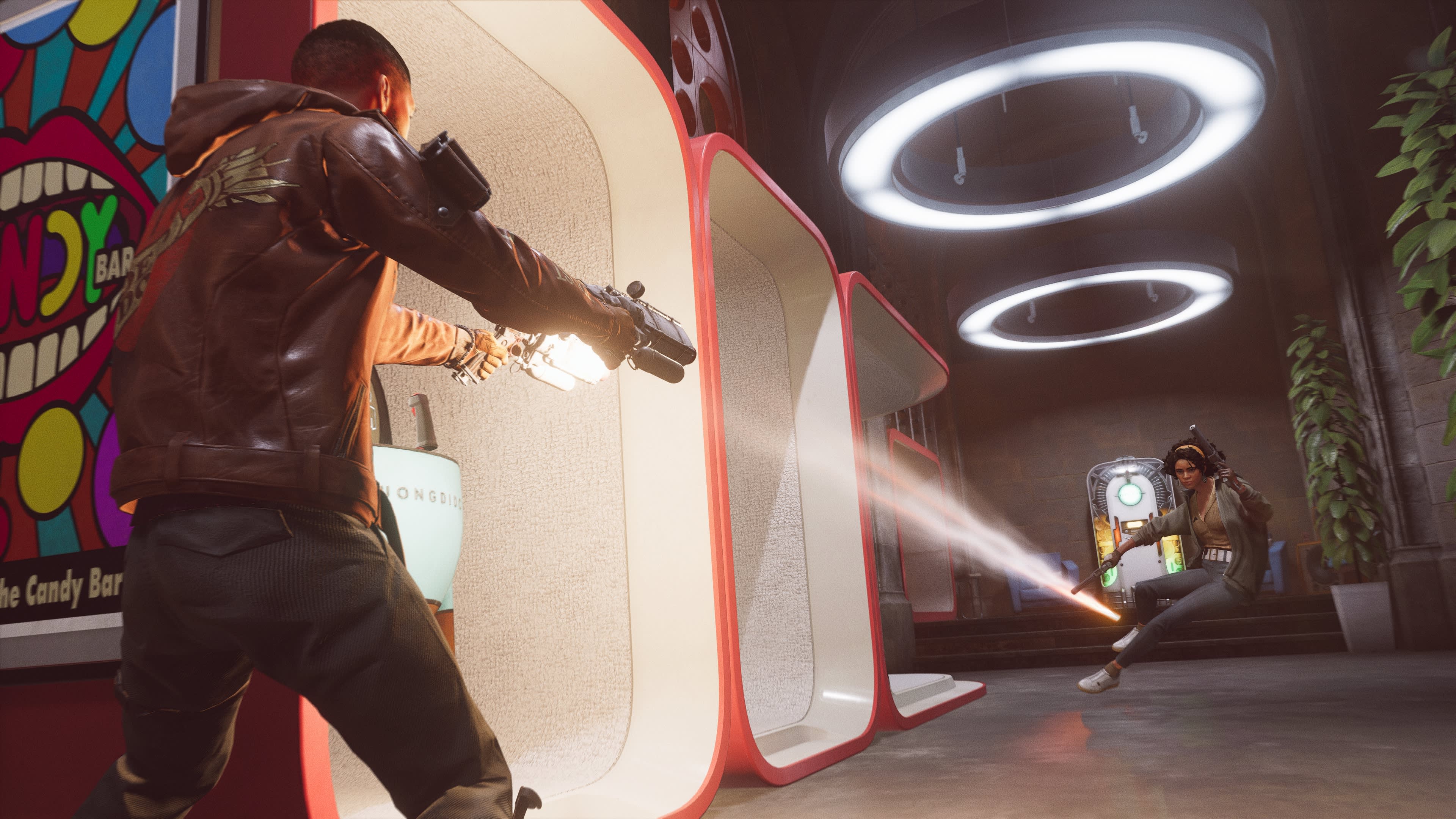