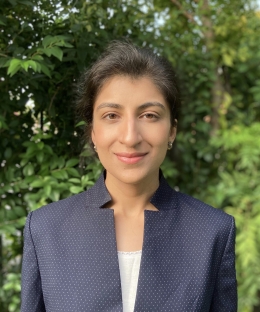 
The news: President Joe Biden on Monday announced his intent to nominate Lina Khan as commissioner of the Federal Trade Commission.

Who is Lina Khan? She is an associate professor of law at Columbia Law School and an antitrust expert. Khan, 32, was previously counsel to the U.S. House Judiciary Committees Subcommittee on antitrust. She made headlines for her 2017 article Amazons Antitrust Paradox that laid out why Amazons business strategies and current market dominance pose anticompetitive concerns that the consumer welfare framework in antitrust fails to recognize. The New York Times in 2018 described her as Amazons Antitrust Antagonist.

So very honored and humbled by this nomination, and excited to get to work if Im fortunate enough to be confirmed!https://t.co/1Bzm0Wkqy3

Why it matters: Khans nomination shows that the Biden administration will continue and perhaps increase the ongoing antitrust scrutiny on tech giants including Amazon. Tim Wu, another Big Tech critic who invented the term net neutrality, is also joining the administration.

Efforts to rein in the tech industry have gained momentum over the past few years, with the House of Representatives, Department of Justice, federal regulatory agencies, and several states launching inquiries into the power that companies like Amazon, Apple, Facebook, and Google wield.

Khan would play a key role in any attempts to pursue antitrust lawsuits against the companies and with other consumer protection cases.

This is the pinned tweet of Biden’s FTC pick. Nominating Khan sends a signal that the administration is going to be tough on large tech companies. https://t.co/n2DzqMxQoI

The U.S. House Judiciary antitrust subcommitteefiled a report in October on competition in digital markets, detailing the ways in which Apple, Facebook, Google and Amazon capitalize on and allegedly abuse their market power to benefit themselves. Khan was part of the team that helped put the report together.

Seattle-based Amazon, which has yet to face formal U.S. antitrust charges,slammed the House report as fundamentally flawed, saying it was based upon fringe notions about antitrust law and policy.

Though the House Judiciary reportrecommends updating antitrust law for the digital age, it still isnt clear how and when Congress will take up the mantle of tech oversight.

Previously: Is the regulatory crusade against Big Tech over? What experts expect under Biden administration NFTs explained: These expensive tokens are as weird as you think they are