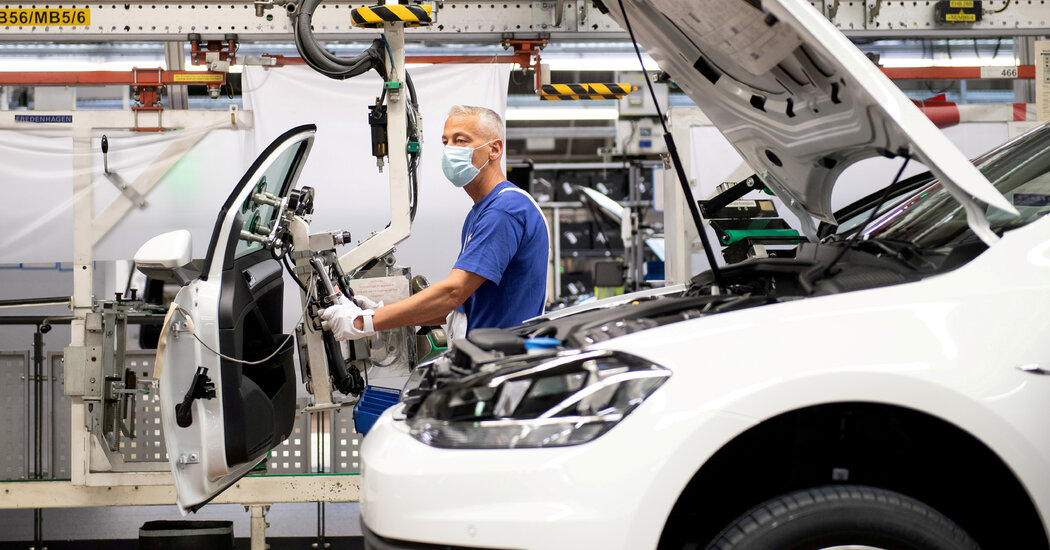 
Christian Strenger, a vocal Volkswagen critic and a former member of the commission that wrote Germanys corporate governance code, sees little chance the companys overseers will expose themselves to more scrutiny. The supervisory board has only one member out of 20 who is not a representative of the three main shareholders or Volkswagen employees.

Nothing will change as long as the old guard is there, Mr. Strenger said.

The diesel scandal remains a financial burden. The company disclosed in its annual report this week that potential liabilities from lawsuits, such as one by shareholders claiming the company misled them, could cost 4.2 billion euros, or $5 billion. That is in addition to the tens of billions of euros Volkswagen has already paid in fines and settlements since 2017 after admitting that it programmed diesel cars to produce lower emissions in testing conditions than in normal use.

Investors this week were focusing on Volkswagens future rather than its past.

In a series of appearances starting Monday, Mr. Diess and other executives outlined a 35 billion plan to build six battery factories, install a global network of charging stations and employ 10,000 software engineers to work on autonomous driving and other new technologies. Volkswagen would become the biggest software company in Europe after SAP, the German maker of software used by corporations to manage functions like logistics and finance.

Volkswagens voting shares ended the week up 20 percent in Frankfurt trading and have risen 75 percent since December, despite the companys reporting a 37 percent drop in net profit for 2020 after the pandemic gutted sales. Since 2015, the shares have more than tripled.

Volkswagen also benefited from a report issued this month by analysts at UBS, the Swiss bank, which rated it as the traditional carmaker best positioned to compete with Tesla because it already has the ability to mass-produce electric cars economically.

Volkswagens advantage goes back to the decision made at that meeting in 2015, weeks after the emissions scandal became public.

The executives authorized development of a collection of mix-and-match components that would serve as the basis for a range of electric models including sedans, S.U.V.s and vans. The standardized platform, called the Modular Electrification Toolbox, could also be used by other company brands, including Audi.