More than four years after its launch, the Nintendo Switch remains a unicorn among video game consoles. But that hasnt stopped a lot of companies from dreaming about trying to capture some of that Switch magic for themselves, and now it seems Qualcomm may attempt to clone Nintendos hybrid device.

According to a new report from Android Police, Qualcomma company best known for making modems and mobile processorsis considering making its first retail device in years. Its reportedly a gadget that, for all intents and purposes, would be Qualcomms take on a Nintendo Switch.

Based on non-final images of the devices, Qualcomms portable console is said to feature detachable controllers similar to Nintendos Joy-Cons, along with a central module that houses a display, processor, and other components, including a 6,000 mAh battery, Bluetooth, wifi, and more. And because this is Qualcomm were talking about, this rumored handset is also expected to come with 5G connectivity.

Like the Switch, Qualcomms rumored console is also expected to support video out capabilities when docked to a TV or external monitor, with additional on-board storage available via an SD card slot. Qualcomms home screen/launcher is said to be based on Android 12, and Qualcomm will apparently try to support a range of third-party game stores from publishers like Epic, Google, and others. Its unknown if Qualcomm has plans to support cloud gaming services like Google Stadia or Nvidias GeForce Now, though just based on hardware, that probably wouldnt be difficult to accommodate.

Qualcomm is reportedly eyeing a launch date sometime in early 2022 with a target price of around $300, with Qualcomm hoping to sell directly to consumers but also potentially opening up the device to partnerships with carriers and other retailers to help boost the devices availability and presence.

Now, if you step back and think about it loosely, the idea does seem to have a little merit. Qualcomm is already one of the largest producers of mobile processors in the world, and compared to the Nvidia Tegra X1 chip currently used in the Switch (which was already a bit dated back in 2017 when Nintendo chose to use it to power the console), modern Qualcomm chips like the Snapdragon 888 or the Snapdragon 8cx Gen 2 would almost certainly have an advantage in both overall performance and power efficiency. And given Qualcomms expertise and extensive wireless IP holdings, the company could probably make a device with better wireless connectivity than Nintendo. After all, a Switch isnt much more than a fancy smartphone with controllers bolted on its sides.

And yet, I think Qualcomms plans to make its own Switch clone will be an exercise in frustration.

Qualcomms first major hurdle is that it typically operates only as a B2B vendor, and aside from a handful of prototypes and reference devices, Qualcomm doesnt really make retail devices meant for regular people. Qualcomm makes the chips, modems, and sensors that power many of the consumer gadgets we use every day, but the company doesnt make those gadgets itself.

This transitions into Qualcomms second biggest challenge: the lack of brand recognition. Now theres no doubt that Qualcomm is a hugely influential company. It produces the majority of mobile chips used in todays Android phones and tablets. The problem is that people arent used to seeing Qualcomm as an actual brand. When people buy a Samsung phone, theyre not buying it solely because it has a Qualcomm processor. Thats just one of many components, and theyre buying the whole package. The logo that really matters is the one on the back of the device, be it a fruit or a name or something else, which is almost never Qualcomms. (And this doesnt even factor in the reality that most people dont have a choice about which chips get selected for use in the devices they buy.)

The third major argument against Qualcomms Switch clone is that Qualcomm doesnt make content. Ive said it before and Ill say it again, the Switch is far from hardware perfection. Joy-Cons suffer from drift, the Switch still doesnt really support Bluetooth audio, its screen isnt particularly colorful or sharp, and its performance isnt all that impressive either.

But what Nintendo does have is a huge library of content, recognizable mascots, and that general Nintendo magic that makes everything feel fun and whimsical. When the Switch launched, it debuted alongside what is arguably the best Zelda game ever. What could Qualcomm possibly have in store that can compete with that? No company does more with less performance than Nintendo, with Nintendo managing to outsell the much more powerful competing Xbox and PlayStation consoles from Microsoft and Sony.

Granted, Android Polices report mentioned that Qualcomm is looking to support third-party games stores, which could make games like Fortnite, Genshin Impact, and other popular titles available on Qualcomms handheld. But its important to remember that anyone playing those games already has a device to play it on, which means Qualcomm has to deliver something unique that no other device has, which seems like a real challenge consider how hard Qualcomm is cribbing from Nintendos playbook. Ask yourself: What special feature could Qualcomm implement on its Switch clone that would make you choose it over an actual Switch or traditional console?

But then things get even trickier if you believe recent reports that Nintendo could released a revamped Switch with better performance and a more premium display potentially before the end of the year. If Nintendo can deliver, that would make any handheld console Qualcomm can deliver in early 2022 even less attractive.

But perhaps the biggest argument against Qualcomms rumored Switch clone are all the other Switch clones that have failed to gain significant traction. Last year at CES, Dell showed off a PC-based Switch-like concept device called Project UFO, but after more than 14 months, we still havent gotten any updates about Project UFO ever hitting the market. And this year, Lenovo teamed up with NEC to create the LaVie Mini, which is another Switch clone with removable controllers built from PC parts.

And then there are lesser-known companies like GPD who make neat little devices like the Win 3, not to mention the millions of phones that can be converted into a portable console via controller accessories or touch controls. Its been four years since the Switch came out, and to think that Qualcomma company that doesnt make consumer gadgetswill be able to recreate the success of the Switch when countless others have tried and failed seems like a herculean task.

Im not going to say Qualcomms portable console plans are 100% doomed, but from where Im sitting, the odds of victory seem slim at best.

And yet, Im still incredibly curious to see them try. Heck, maybe Qualcomm can stumble onto a winning formula, or somehow the growth of 5G will radically change how we use handheld consoles. (Its unlikely in the short term, but hey, who knows). So let me ask you, is a portable video game console made by Qualcomm something youd like to see? 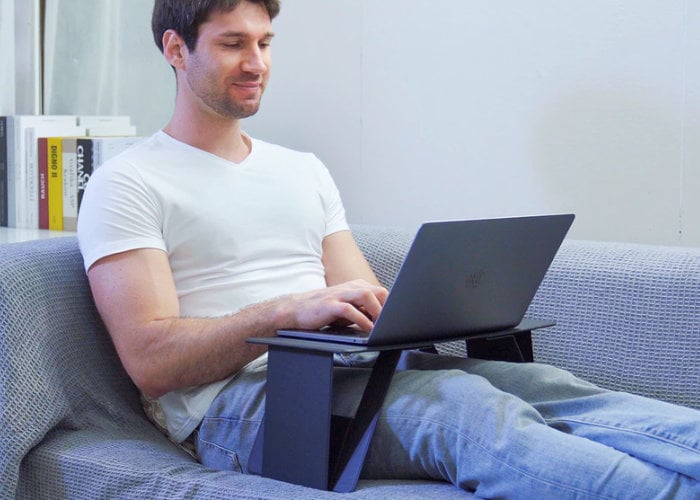