Popular language-learning platform Duolingo is about to roll out a Yiddish course for English speakers. I’m not sure about you, but I’m kvelling.

The course,set to debut April 6, will guide students through speaking, reading and writing the richly expressive language that originated with Jews in Central and Eastern Europe and served as their lingua franca for centuries.

Don’t know bupkes about Yiddish? It blends old German, Hebrew, Aramaic and Slavic languages, and drips with humor, irony, pathos and history. While it’s still widely spoken in largely Jewish neighborhoods in places like New York, there’s been a renewed broader cultural interest in both the language and its robust tradition of literature, poetry, music, film and theater.

Yiddish lovers can attend conferences, clubs, meetups and summer festivals, and listen to radio shows and podcasts like the Yiddish Voiceand Vaybertaytsh. There are religious Yiddish newspapers and magazines and streaming classes in Yiddish for studying sacred ancient Jewish texts.

Some still perceive Yiddish as a language reserved for older generations, but it’s becoming equally modern. Many Yiddish words have made their way into the everyday English vernacular and onto shows like Girls, Seinfeld and Jeopardy. Thanks to my mom, the Texas-bred daughter of Russian Jewish immigrants, I grew up thinking “oy” was another English word for “ugh” and everyone else in the neighborhood “schlepped,” “schvitzed,” “potchked” and “schmoozed” as much as my family did.

The Duolingo course will cover everything from vocabulary and grammar to key cultural phrases, connecting participants with the tachlis (brass tacks) of Yiddish culture. Workers Circle and other sites offer online classes as well, but it’s a ganze tzimmes (a big deal) that a platform with more than 300 million users is including it in its catalog.

Duolingo is available for free on iOS, Android and the Web, with an upgrade to Duolingo Plus for $7 a month offering lessons free of ads, plus offline access to lessons and content, and the ability to track your progress. Lessons take about five minutes and teach language through a simple interface and short, video game-like exercises.

The Yiddish course is five years in the making. The company tapped volunteer contributors including Meena Lifshe Viswanath, a civil engineer who grew up speaking Yiddish at home and whose aunt is editor of the Yiddish Forward newspaper. Also on the team are Gen-Zers inspired by their personal heritage to help Yiddish thrive.

The contributors had vigorous debates about which of the main Yiddish dialects should be taught on Duolingo, even soliciting public input on how the language should be pronounced in the new course. Ultimately, they decided to go with the dialect prevalent among Hungarian Jews, especially among Hasidic communities in Brooklyn.

“The focus on this particular Yiddish shows a desire to teach a living breathing language, as it’s found not in the halls of the academy, but on the streets of Brooklyn, London, Antwerp and beyond,” says Rabbi Mordechai Lightstone, the New York-based founder of Tech Tribe, a community for Jews in tech and digital media. He isn’t affiliated with the course.

Lightstone says he’s “very excited” about Duolingo offering a Yiddish course, as Jews and non-Jews alike are drawn to it both as a colorful, distinctive-sounding language and a link to history and heritage. “Yiddish opens up a world of profoundly inspiring and influential teachings in their original language,” he says.

Duolingo offers 100 total courses across nearly 40 distinct languages, from the most spoken to lesser-spoken languages such as Hawaiian, Navajo, Scottish Gaelic and now, Yiddish.

More than 9,500 people are currently waiting to take the Yiddish course when it starts in April, according to the class’ webpage. No doubt that makes Duolingo a bit verklempt. 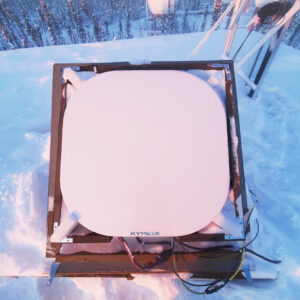 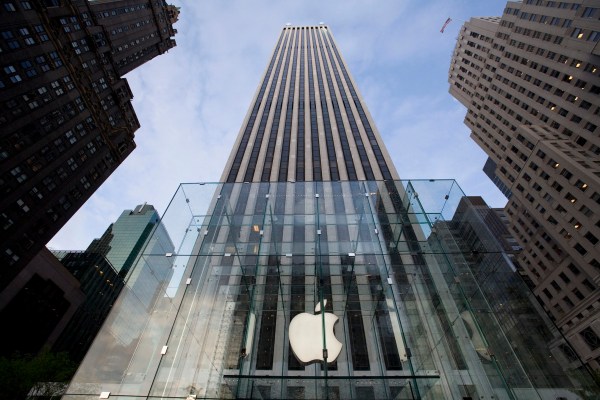