All eyes are on Facebooks oversight board, which is expected to decide in the next few weeks if former President Donald Trump will be allowed back on Facebook. But some critics and at least one member of the independent decision-making group say the board has more important responsibilities than individual content moderation decisions like banning Trump. They want it to have oversight over Facebooks core design and algorithms.

This idea of externally regulating the algorithms that determine almost everything you see on Facebook is catching on outside of the oversight board, too. At Thursdays hearing on misinformation and social media, several members of Congress took aim at the companys engagement algorithms, saying they spread misinformation in order to maximize profits. Some lawmakers are currently renewing efforts to amend Section 230 the law that largely shields social media networks from liability for the content that users post to their platforms so that these companies could be held responsible when their algorithms amplify certain types of dangerous content. At least one member of Congress is suggesting that social media companies might need a special regulatory agency.

All of this plays into a growing debate over who should regulate content on Facebook and how it should be done.

Facebooks new oversight board which can overrule even CEO Mark Zuckerberg on certain decisions and is meant to function like a Supreme Court for social media content moderation has a fairly narrow scope of responsibilities. Its currently tasked with reviewing users appeals if they object to a decision Facebook made to take down their posts for violating its rules. And only the boards decisions on individual posts or questions that are directly referred to it by Facebook are actually binding.

When it comes to Facebooks fundamental design and the content it prioritizes and promotes to users, all the board can do right now is make recommendations. Some say thats a problem.

The jurisdiction that Facebook has currently given it is way too narrow, Evelyn Douek, a lecturer at Harvard Law School who analyzes social media content moderation policies, told Recode. If its going to have any meaningful impact at all and actually do any good, [the oversight board] needs to have a much broader remit and be able to look at the design of the platform and a bunch of those systems behind what leads to the individual pieces of content in question.

Facebook designs its algorithms to be so powerful that they decide what shows up when you search for a given topic, what groups youre recommended to join, and what appears at the top of your News Feed. To keep you on its platforms as long as possible, Facebook uses its algorithms to serve up content that will encourage you to scroll, click, comment, and share on its platforms all while encountering the ads that fuel its revenue (Facebook has objected to this characterization).

But these recommendation systems have long been criticized for exacerbating the spread of misinformation and fueling political polarization, racism, and extremist violence. This month, a man said he was able to become an FBI informant regarding a plot to kidnap Michigan Gov. Gretchen Whitmer because Facebooks algorithms recommended he join the group where it was being facilitated. While Facebook has taken some steps to adjust its algorithms after the January 6 insurrection at the US Capitol, the company said it would permanently stop recommending political groups many think the company hasnt taken aggressive enough action.

Thats whats prompting calls for external regulation of the companys algorithms whether from the oversight board or from lawmakers.

Can the oversight board take on Facebooks algorithms?

The biggest disappointment of the board … is how narrow its jurisdictions are, right? Like, we were promised the Supreme Court, and weve been given a piddly little traffic court, said Douek, while noting that Facebook has signaled the boards jurisdiction could broaden over time. Facebook is strongly going to resist letting the board have the kind of jurisdiction that were talking about because it goes to their core business interests, right? What is prioritized in the News Feed is the way that they get engagement and therefore the way that they make money.

Some members of the board have also started to suggest a similar interest in the companys algorithms. Recently, Alan Rusbridger, a journalist and member of the oversight board, told a House of Lords committee in the United Kingdom that he expected that he and fellow board members are likely to eventually ask to see the algorithm I feel sure whatever that means.

People say to me, Oh, youre on that board, but its well known that the algorithms reward emotional content that polarizes communities because that makes it more addictive, he told the committee. Well I dont know if thats true or not, and I think as a board were going to have to get to grips with that. Even if that takes many sessions with coders speaking very slowly so that we can understand what theyre saying, our responsibility will be to understand what these machines are the machines that are going in rather than the machines that are moderating, what their metrics are.

In an interview with Recode, oversight board member John Samples, of the libertarian Cato Institute, told Recode that the board, which launched only late last year, is just getting started but that it is aware of algorithms as an issue. He said that the board could comment on algorithms in its non-binding recommendations.

Julie Owono, also an oversight board member and executive director of the organization Internet Sans Frontires, pointed to a recent case the board considered regarding an automated flagging system that wrongly removed a post in support of breast cancer awareness for violating Facebooks rules about nudity. Weve proved in the decision that weve made that were completely aware of the problems that exist with AI, and algorithms, and automated content decisions, she told Recode.

A Facebook spokesperson told Recode the company is not planning to refer any cases regarding recommendation or engagement algorithms to the board, and that content-ranking algorithms are not currently in the scope of the boards appeal process. Still, the spokesperson noted that the boards bylaws allow its scope to expand over time.

Id also point out that currently, as Facebook adopts the boards policy recommendations, the board is impacting the companys operations, a spokesperson for the oversight board added. One example: In the recent case involving a breast cancer awareness post, Facebook says it changed the language of its community guidelines, as well as improving its machine learning-based flagging systems.

But there are key questions related to algorithms that the board ought to be able to consider, said Katy Glenn Bass, a research director at the Knight First Amendment Institute. The oversight board, she told Recode, should have a broader mandate to learn about how Facebooks algorithms decide what goes viral and what is prioritized in the News Feed, and should be able to study how well Facebooks attempts to stop the spread of extremism and misinformation are actually working.

Recently, Zuckerberg promised to reduce politics in users feeds. The company has also instituted a fact-checking program and has tried to discourage people from sharing flagged misinformation with alerts. Following the 2020 election, Facebook tinkered with its News Feed to prioritize mainstream news, a temporary change it eventually rolled back.

[The board] should have the power to ask Facebook those questions, Bass told Recode in an email, and to ask Facebook to let independent experts (like computer scientists) do research on the platform to answer those questions. Bass, along with other leaders at the Knight First Amendment Institute, has recommended that the oversight board, before ruling on the Trump decision, analyze how Facebooks design decisions contributed to the events at the Capitol on January 6.

Some critics have already begun to say that the oversight board isnt sufficient for regulating Facebooks algorithms, and they want the government to institute reform. Better protection for data privacy and digital rights and legal incentives to curb the platforms most odious and dangerous content could force Facebook to change its systems, said Safiya Umoja Noble, a professor at UCLA and member of the Real Facebook Oversight Board, a group of activists and scholars that have raised concerns about the oversight board.

The issues are the result of almost two decades of disparate and inconsistent human and software-driven content moderation, coupled with machine learning trained on consumer engagements with all kinds of harmful propaganda, she told Recode. [I]f Facebook were legally accountable for damages to the public, and to individuals, from the circulation of harmful and discriminatory advertising, or its algorithmic organization and mobilization of violent, hate-based groups, it would have to reimagine its product.

Some lawmakers also think Congress should take a more aggressive role in Facebooks algorithms. On Wednesday, Reps. Tom Malinowski and Anna Eshoo reintroduced the Protecting Americans from Dangerous Algorithms Act, which would take away platforms legal liability in cases where their algorithms amplified content that interfere with civil rights or involve international terrorism.

Madihha Ahussain, special counsel for anti-Muslim bigotry for Muslim Advocates a civil rights organization that has sounded the alarm about anti-Muslim content on Facebooks platform told Recode that while the jury is still out on the oversight boards legitimacy, shes concerned its acting as little more than a PR stunt for the company and says the government should step in.

Facebooks algorithms drive people to hate groups and hateful content, she told Recode. Facebook needs to stop caving to political and financial pressures and ensure that their algorithms stop the spread of dangerous, hateful content regardless of ideology.

Beyond Facebook, Twitter CEO Jack Dorsey has floated another way to change how social media algorithms work: giving users more control. Before the Thursday House hearing on misinformation and disinformation, Dorsey pointed to efforts from Twitter to let people choose what their algorithms prioritize (right now, Twitter users can choose to see Tweets reverse-chronologically or based on engagement), as well as a nascent, decentralized research effort called Bluesky, which Dorsey says is working on building open recommendation algorithms to provide greater user choice.

While its clear theres growing enthusiasm to change how social media algorithms work and who can influence that, its not yet clear what those changes will involve, or whether those changes will ultimately be up to users individual decisions, government regulation, or the social networks themselves. Regardless, providing oversight to social media algorithms on the scale of Facebooks is still uncharted territory.

Why Retro-Looking Games Get So Much Love 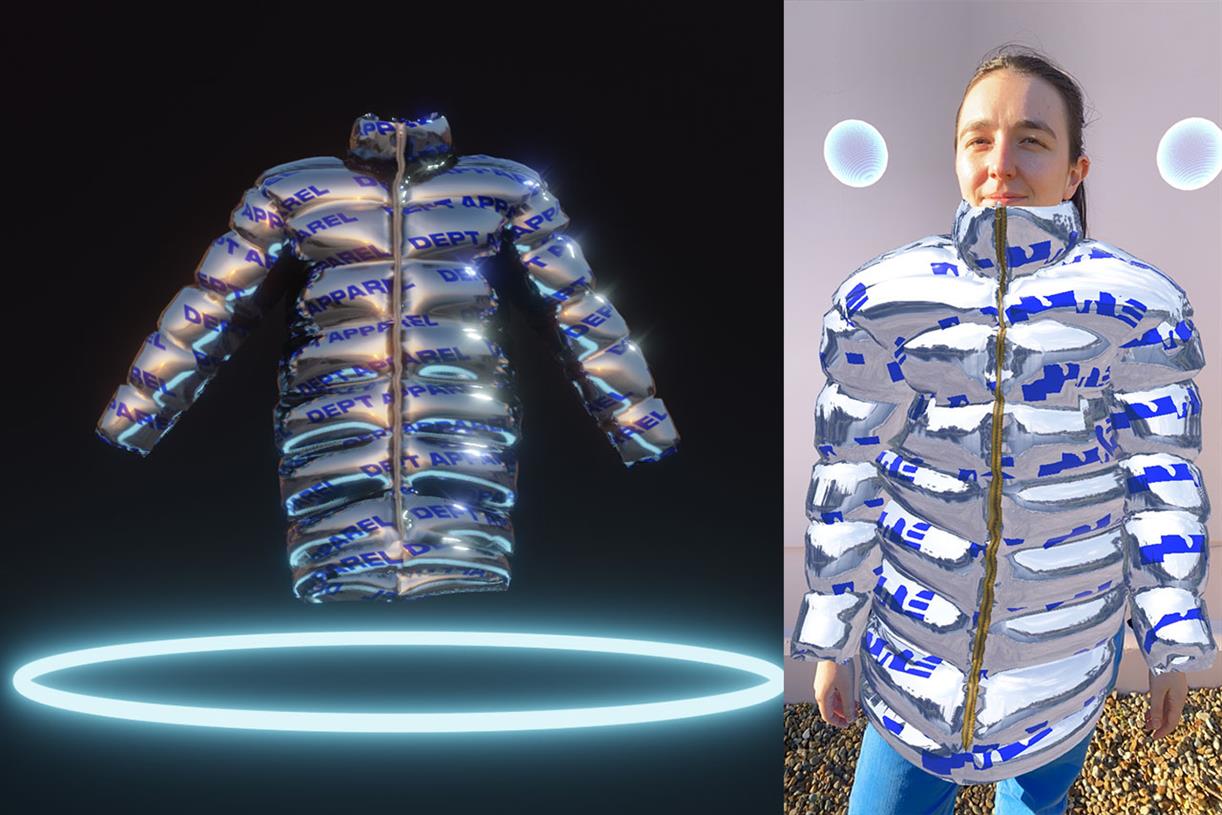