It intersects with just about every piece of software, from systems architecture to APIs, and enterprises are adopting it more than ever. Open source software, judging by just about every estimation in recent years, is eating the world.

But sifting through the vast array of open source projects out there, sorting the wheat from the chaff, can be a challenge, which is partly why early stage VC firm Two Sigma Ventures has launched a new index designed to surface high-level trends in the open source sphere.

Its worth noting that there are all manner of indexes and charts out there already that deliver useful insights into the open source world, such as the Open Source Contributor Index which ranks commercial organizations by their employees open source contributions (Googles in the lead, BTW). And GitHub itself charts things like trending repositories. Its possible to slice, dice, and present GitHub data in any way you see fit through its publicly available API, which is exactly what Two Sigma Ventures has done with the Open Source Index. But rather than using stars as its north star metric, it uses watchers, which it argues gives a more accurate reflection of a projects true popularity.

GitHub, for the uninitiated, allows logged-in users to either star or watch a project the former can perhaps best be likened to bookmarking, as the user saves it to their profile so they can easily check in on it without having to search. It can also be used as a show of respect, similar to how someone might like a Facebook post or tweet I dig what youre doing for open source, keep up the good work, is the general idea. When someone chooses to watch a project, however, they are likely taking a more active interest, as they essentially sign up to receive project notifications. As such, the Open Source Index is based on the top GitHub projects as per the number of people that are watching a project.

While there are of course broad correlations between stars and watchers, i.e. top projects will likely have a high number of both, they arent always totally aligned. Moreover, Two Sigma Ventures wanted to showcase whats popular today, rather than what has built a high vanity metric by virtue of having launched ten years ago.

And so the Open Source Index, which is continuously updated, showcases the 100 most popular and fastest growing open source projects, allowing users to sort and filter by various criteria (Two Sigma Ventures filtered out all the non-technical projects such as books and educational content from the index).

For the index, Two Sigma Ventures has produced its own TSV (Two Sigma Ventures) ranking, which is weighted as an average of five variables: Watchers (40%); Watcher growth (25%), which considers the variance in watchers over the past quarter; Contributors (15%); Release cadence (10%), which is the number of commits over a projects lifetime; and Community health score (10%), which is based on GitHubs own metric on how well-maintained a repository is.

We think our TSV Score metric is somewhat of a super metric in that it takes into account several factors that we believe lead to building a great open source project / community, Iyengar said.

None of this is an exact science of course, and Iyengar acknowledges that these weightings are somewhat arbitrary, reflecting just one perspective on whats important in building a great open source community.

The index defaults to the TSV score ranking (highest to lowest), and doesnt reveal too many surprises TensorFlow, React, Vue, Angular, and Kubernetes all rank highly, each of which also have high numbers of stars and watchers.

But playing around with the various filters is where things starts to get a little more interesting. Chinese tech titan Baidus open source autonomous driving project Apollo, for example, ranks 41st when using the TSV ranking and 72nd by number of watchers. And in terms of stars, Apollo comes in at rock-bottom 100th.

However, if you filter the index by the quarterly watcher growth metric, Apollo is in pole position.

There could be a number of reasons for this surge in interest. Two months ago, Baidus Apollo became the sixth company in California to get approval to test fully driverless cars on public roads, while the company has launched all manner of autonomous vehicle programs and projects in its domestic China too.

Whatever the reason behind this surge, it serves as an interesting data point for any developer, company, or entrepreneur wanting to keep their finger on the open source pulse. It [watcher growth metric] gives us an important signal on which projects have momentum in the developer ecosystem, Iyengar noted.

Other interesting observations including Bitcoin, which is ranked 40th in the index by number of stars (48,000 stars) and 33rd by TSV ranking. However, its in seventh place by number of watchers, ahead of JQuery, Kubernetes, Visual Studio Code, among other arguably more relevant projects.

Above: Open Source Index: Bitcoin is top 10 for most-watched

So why has Two Sigma Ventures taken the time to create this list, and what relevance does it hold to it? Well, as an investor, it has backed several startups that commercialize open source projects, such as GitLab, Timescale, Radar Labs, NS1, and Replicated. Playing around with the various menus and filters on the index reveals some interesting insights related to this, such as seven of the top 100 projects were either created by private VC-backed startups or are maintained by commercial companies created by the original project creators these are Redis, Grafana, Vercel, Hashicorp, Confluent, Databricks, and Preset.

But on the other to the VC entity is a separate business simply called Two Sigma, which is an investment management company that applies cutting-edge technology to the data-rich world of finance, according to Iyengar. It counts 1,700 employees more than half of whom are software developers and use open source software on a daily basis. They are also creators of a number of open source projects, such as Flint and BeakerX.

We have seen firsthand how software created by developers, for developers, leveraging community-based development, leads to incredible innovation, Iyengar said in a separate blog post announcing the index. Moreover, we are excited about how enterprise software is moving towards bottoms-up adoption, and how an open core business can lead to remarkably efficient customer acquisition and growth.

This new index also constitutes part of a growing trend in the technology realm that strives to make sense of the open source world. Just last week, OpenLogic launched an upgraded tool it calls Stack Builder, which helps enterprises choose the right open source software. And earlier this year, Openbase emerged out of the ether to serve as a sort of Yelp for open source software packages.

If nothing else, the Open Source Index serves as a useful accoutrement to all these other efforts, helping companies and developers dig down into the best or most popular, at least open source projects on GitHub right now. There are also plans to add more data to the mix in the future, according to Iyengar, such as downloads, community engagement in external channels such as Slack or Discord, and even mentions in job advertisements.

The Open Source Index is available and free to use by anyone now. 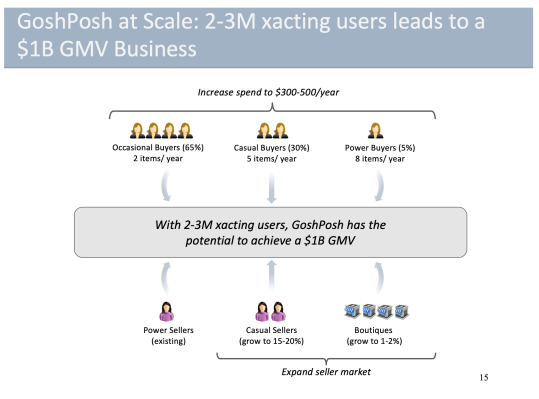