The COVID-19 health crisis in much of the U.S. seems likely to hasten the adoption of self-guided robots and drones for goods transportation. They require disinfection, which companies like Kiwibot,Starship Technologies, andPostmates are conducting manually with sanitation teams. But in some cases, delivery rovers like Refractions could minimize the risk of spreading disease. Recent market reports from Allied Market Research and Infiniti estimate that annual growth in the last-mile delivery sector over the next 10 years will exceed 14%, with the autonomous delivery segment projected to grow at over 24%, from $11.9 billion in 2021 to more than $84 billion globally by 2031.

As something of a case in point, Yandex says that in early February its Yandex.Rovers autonomous delivery program reached a milestone: 4,000 deliveries since April 2020. After launching at Yandexs headquarters and the Moscow district of Skolkovo last year, Yandex says its fleets of robots have delivered documents, packages, and more to customers.

Yandex soon plans to pilot the service in Ann Arbor, Michigan, which will be the companys first autonomous delivery site in the U.S. Ahead of the deployment, VentureBeat spoke with Dmitry Polishchuk, head of driverless cars, about how Yandex is approaching the technology stack for its delivery network and the innovations that might be applied to projects elsewhere at the company.

Yandex first took the wraps off Yandex.Rover in November 2019. A project within its self-driving division, Yandex.Rover was created to start by delivering small packages before eventually handling food as part of Yandexs Yandex.Eat platform and groceries from Yandex.Lavka.

Yandexs six-wheeled rover, which is roughly the size of a small suitcase, taps some of the tech at the core of the companys autonomous cars to travel at the speed of a pedestrian. Its capable of navigating around obstacles in most weather conditions during daylight or darkness, but in the areas where its currently deployed, Yandex says its activities can be monitored by a remote operator.

Customers use an app to arrange deliveries by setting a dropoff destination, after which one of Yandexs rovers travels on sidewalks and crosses intersections within a radius of several kilometers. From the same app, shoppers can remotely open the robots storage compartment and monitor its movements on a map or connect with a Yandex engineer for assistance.

The rovers are operated by the same technology stack as our self-driving cars. We have adopted it for this new platform that utilizes the same approaches and solutions, Polishchuk told VentureBeat via email. The sensor configuration on the rover is different than the cars, but these are still the same types of sensors. This allows us to reuse perception models from cars to detect vehicles, pedestrians, static obstacles, and other road objects, as well as use, existing labeling, and training pipelines for developing new models.

According to Polishchuk, Yandex draws on a number of tools developed in-house to refine the performance of its delivery rovers. One is Yandex.Toloka, a crowdsourced dataset labeling service that provides the ability to annotate data at scale. Another is a web app Nirvana that creates reproducible training and testing pipelines for machine learning models, which feeds into a storage and computation cloud called Yt thats designed for analytics.

Using proprietary solutions allows us to have these tools be quickly adjusted or fine-tuned for the specific needs of the self-driving team, Polishchuk explained. For example, in Toloka, weve created special tools for labeling objects in 3D using joint data from lidars, cameras, and radars. And of course, using our own cloud infrastructure is significantly less expensive than using external services.

In the case of Yandex.Rover, Yandexs self-driving team was able to repurpose some of the prediction models developed for the companys cars to its robots, for purposes like predicting where pedestrians might walk. The team also uses the simulator originally developed to test the cars software for validating and fine-tuning the rovers algorithms. 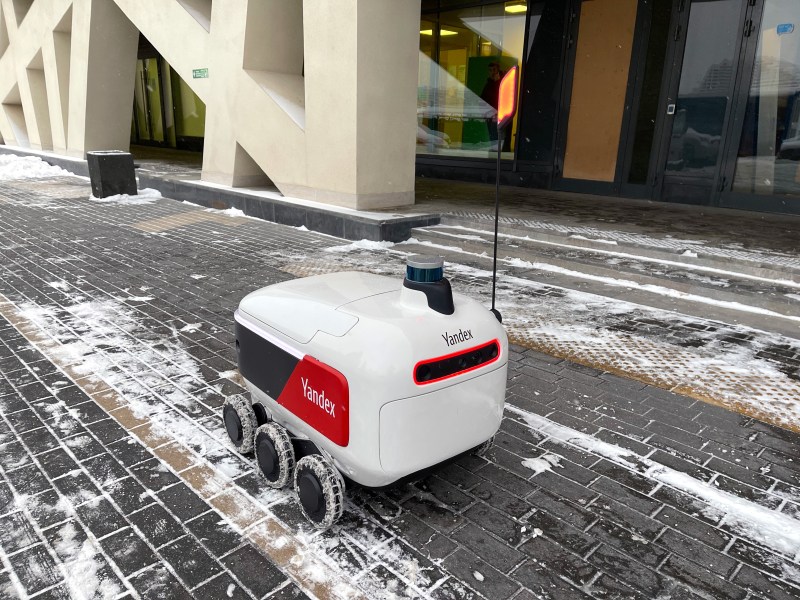 The machine learning-based solutions greatly help our cars [and rovers] predict other agents behavior in situations that are not strictly regulated by traffic rules. In comparison to cars, human traffic on sidewalks is less structured and thus creates even more uncertainty, Polishchuk said. We are using the latest machine learning-based motion-planning solutions to help robots safely and intelligently navigate busy sidewalks.

Mapping is another area where Yandexs autonomous cars have helped its robots. The rovers need high-definition maps in order to position themselves in the real world, and portions of the maps can be constructed with the help of the cars sensors. The sensors are sensitive enough to capture sidewalk surfaces the robots only need to enhance the map where the view from the street is obscured by other objects.

Yandexs delivery fleet currently comprises about 35 robots, most of which are making deliveries from Yandex.Eats and Yandex.Lavka in four Moscow districts and the town of Innopolis. A few additional robots are being used for testing purposes and to map new delivery locations, Polishchuk says.

During the first few months of 2020, Yandexs self-driving team began testing various hardware and sensor configurations for the rovers, eventually settling on an ARM platform equipped with a lidar sensor, sonar, cameras, and radars on the sides to detect vehicles when crossing a street. Deliveries during the winter months revealed new challenges that led to upgrades, including an adjustment to the rovers speed-planning system that could better handle icy walkways. The team also improved power consumption so that the robots could drive up to 10 hours on a charge, even in cold, snowy wintery weather. 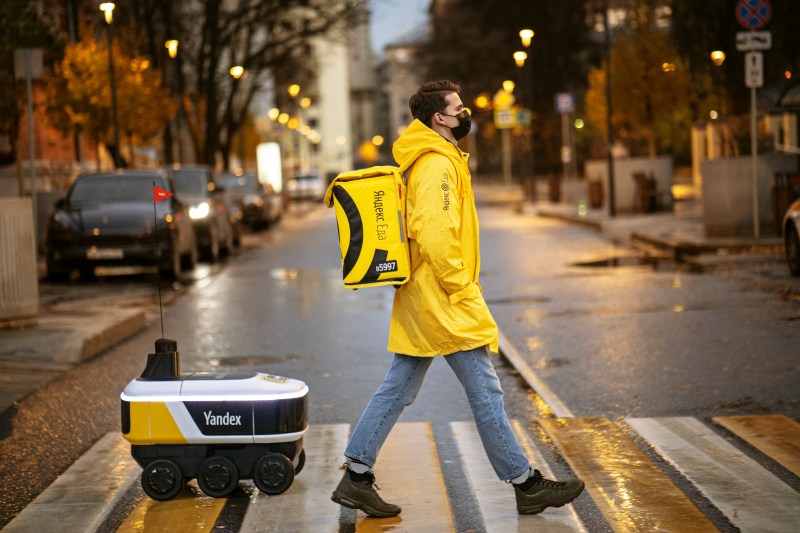 The rovers form factor also saw some changes in response to customer feedback. For example, its storage unit expanded in size and gained a lid that opens and closes automatically so that each delivery is contactless.

Beyond Ann Arbor, Yandex says it is shipping rovers to Israel and South Korea for autonomous delivery testing. In the future, Yandex envisions the robots making their way into the ecommerce platforms for order fulfillment and delivery or the companys own warehouses and datacenters to transport cargo. Yandex is now in active talks about partnerships with companies in Russia and abroad, according to Polishchuk.

Beyond Yandex, startups like Marble,Starship,Nuro, Robomart, Boxbot, FedEx, Refraction AI, Dispatch, and Robby are vying for a slice of the self-driving robot delivery market. Amazon is testing its Scout robots in parts of Southern California, expanding the tech giants pilot program from Snohomish County, Washington. And in a sign of the segments competitiveness, Uber-owned Postmates X, the division of Postmates developing autonomous delivery robots, recently spun off into a separate company.

Pandemic is changing last-mile delivery both on the side of customers and business. Demand for contactless delivery changed the protocols of couriers interaction with customers, and robots perfectly fit into this new reality, Polishchuk said. We think that the ideal combination of human couriers and rovers is in an efficient split of the orders. Rovers can do hyperlocal orders close to a shop or a restaurant, while humans can deliver the rest as they cover long distances faster using bicycles, scooters, or public transportation Such a split of the orders between humans and robots can help services improve current last-mile delivery time, even with [the] constantly growing demand. New Apple Watch features coming in WatchOS 7.4: Two to get excited about

The Healing Power of Javascript