A bill in Indiana that would expand renewable energy is drawing unusual battle lines. The struggle hints at the power of local opposition in blocking efforts to ramp up renewable energy at the scale needed to address climate changeand the complexities of local politics that may need to be addressed as more and more renewable projects are proposed over the next few years.

The bill, HB 1381, seems like a straightforward command to expand renewable energy projects in the state on the surface. It would propose doing away with local ordinances around renewables and instead develop a blanket set of statewide requirements for renewable energy projects. The bill passed out of the House in February and now sits before the states Senate Utility Committee.

Yet at least 32 of Indianas 92 counties currently have some form of legislation on the books against renewable energy. These vary from outright bans on wind and solar to strict siting requirements that limit what type of projects can be built where. Many of those counties leaders as well as dozens in other counties are lining up to oppose the bill.

In my 15 years at the Indiana state house, Ive never seen a bill garner this much attention and work, said Kerwin Olson, the executive director of the Citizens Action Coalition, a consumer advocacy group that works on energy issues in Indiana.

According to the bills supporters, the local ordinances against renewable energy are becoming a problem. Soliday said in February that there were at least two instances of companies who were prepared to build out major renewable energy installations that counties shot down.

Indiana is ripe for renewable energy developmentespecially wind. According to a report released last year by the American Wind Energy Association, with 2,317 megawatts of installed wind energy, Indiana ranks 12th in the nation for wind powerand has another 1,400 megawatts of wind projects currently in the works. Whats more, the state is also fifth in the country for wind-based jobs; in 2019, the report said, the sector provided between 6,000 and 7,000 jobs.

The state needs these new forms of energyand the bills proponents say that Indiana has even more to gain financially if it opens up the whole state to renewable projects. According to Soliday, the states 22 largest manufacturers are all eager to use renewable energy, and are planning on purchasing it from out-of-state if they cant get it in Indiana. Despite the passage of a controversial bill last year designed to make coal plants harder to close, major utilities have recently announced plans to retire some key Indiana coal plants.

We are ground zero for the clean energy transition, Olson said. Were retiring coal plants like nobodys business and weve got utilities investing in renewable energy.

But the way HB 1381 goes about promoting renewable projects digs at a central tenet of Indiana politics thats become a lightning rod of controversy. At issue is whats known as Indianas Home Rule Act, a law passed in 1980 that lets municipalities in the state essentially govern themselves as they see fit, giving them the power to pass legislation, bans, and ordinances that they think work for their individual counties. Several Midwestern statesincluding other powerhouses for wind energyhave some form of home rule law. But HB 1381 overrides home rule in Indiana specifically for renewable energy projects.

This bill essentially says, OK, local elected officials, you are no longer allowed to set standards for local ordinances, said Betsy Mills, a member of the Henry County Council who has been speaking out against HB 1381. (Henry County recently passed an outright ban on solar projects and strict siting requirements on wind projects that effectively make it impossible to construct wind farms.) Anything you wanted to do to develop your counties with regards to wind and solarits out of your hands now.

And other local lawmakers seem to agree: at last count, Olson tallied that 60 of the states 90 counties had passed resolutions against HB 1381almost twice the number of counties that have an anti-renewable ordinance in the first place. Counties are absolutely all-in in fighting this, Olson said.

Home rule has become a spot of contention in recent years as lawmakers in Indianapolis have attacked local ordinances on everything from minimum wage standards to plastic bag bans. (Another current bill before the legislature is intended to stop local movements to defund police by smothering home rule.) As a result, HB 1381 has created some strange bedfellows.

Soliday, the bills author, is also the sponsor of that 2020 bill that threw coal plants a lifeline. Olsen, whose organization is not working on HB 1381, said he has counted many lawmakers who are usually supportive of clean energy in the rolls voting against this bill. The Hoosier Environmental Council, the largest statewide environmental organization, routinely encourages members to voice their opinions on environmental bills before the state legislaturebut has a whole separate page of its website, divided into six parts, explaining its very specific position on HB 1381. (TL;DR: theyre in favor of renewable energy, but worried about how the bill could impact pollinator efforts on farms.)

Its not out of the question that some of these local anti-renewable ordinances are fueled by pure NIMBYism or misinformation on renewable energyespecially wind energy, which has become a hot button issue in the state. OrangeBean, a local Indiana news site, posted an entire FAQ on wind energy in 2019 after it ran two wind stories which, the site says, became the focus of most questions we receive through Facebook, Twitter, and contact emails. Among the questions are if wind turbines cause cancer (they do not) and if anyone on the site is in the wind industry or working with a related organization (also a no from the site).

Weve got very, very active primarily anti-wind groups popping up throughout the state, all motivated by different things, Olson said.

Mills said that she hasnt encountered too much misinformation about wind and pushes back on the NIMBY charge. Her coalition, she said, includes people with pro and con views on renewables who are mainly concerned with protecting home rule. But another local elected official from a different Indiana county who has been outspoken on HB 1381 has in the past shared junk science concerns about the health impacts of wind farms.

Stories like Indianas, involving complicated local politics and out-of-state renewable energy companies portrayed as stepping on communities toes, may become increasingly common as more and more local battles against renewables come into focus at statehouses that are trying to meet renewable energy goals or cash in on burgeoning industries like wind. Experts have suggested that renewables advocates need to abandon one-size-fits-all approaches in favor of figuring out how different communities really feel about renewable projects.

Mills, who said shes for renewable energy as a general concept, couldnt name an initiative her county was taking up to fight climate change after banning renewable energy. But she agrees with the idea of talking to municipalities individually.

There are a lot of counties in Indiana that say hey, we want wind, we want solarthey know their counties better, she said. Instead of pushing this one-size-fits-all set of regulatory standards on the entire state, why isnt the state working with those counties to promote renewable projects? Strip out wind and solar, put in any other words in this bill. Car factory, ice cream store on every blockthat would be cool, actuallybut its still a bad bill. 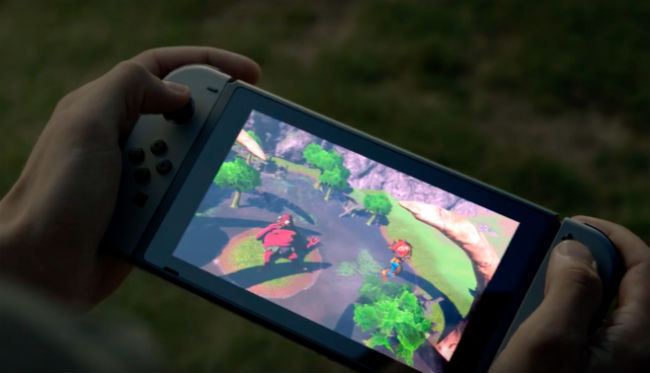 The Majority of Amazon’s Bessemer Workers Cast Ballots, Results of the Union Election Are on Their Way

Hitting the Books: The bias behind AI assistants’ failure to understand accents | Engadget