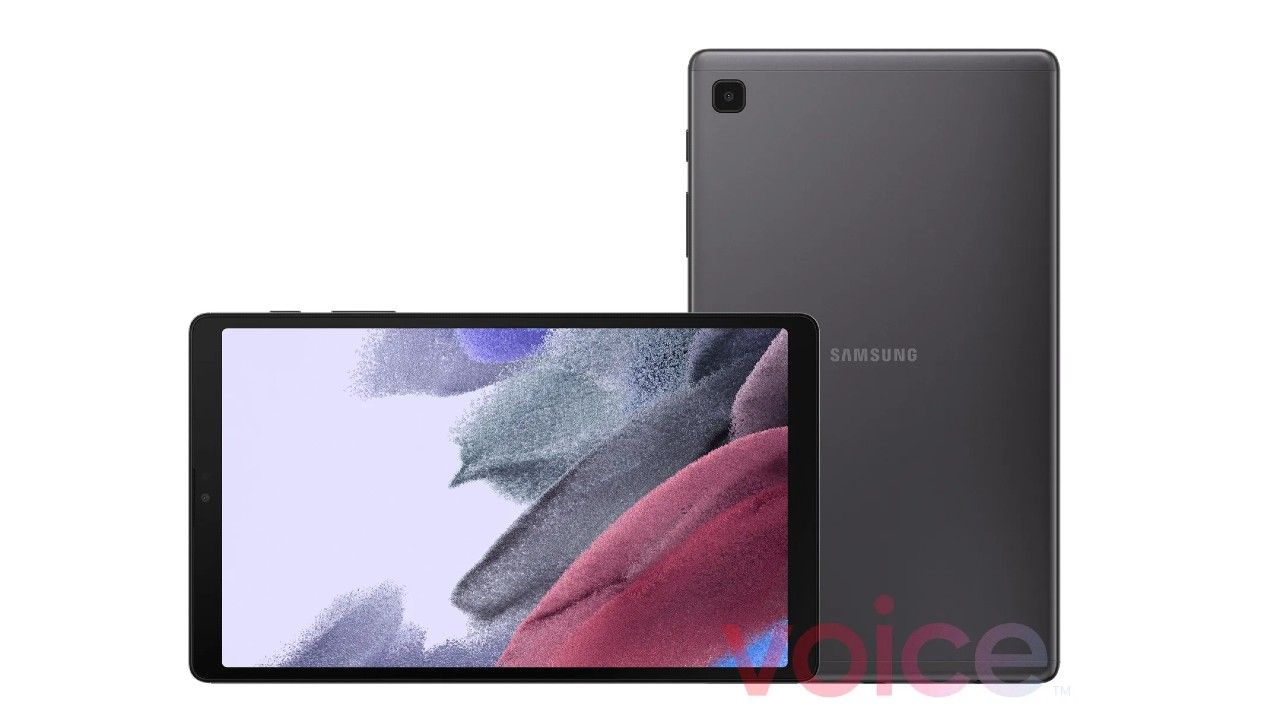 While Samsung launched the Galaxy Tab A7 (review) in 2020, there were rumours and rumblings of a cheaper Lite version of the Galaxy Tab A7 out there. Well, the cat is out of the bag as images of the Samsung Galaxy Tab A7 Lite have finally hit the internet. The images have been leaked by Evan Blass on Voice and show off a tablet with a single camera. Even the folks over at the Verge seem to think that it looks a bit like a budget device. Another leak has already stated that Samsung could be launching two new tablets, namely the Z7 Lite and the Galaxy Tab S7 Lite.

The Samsung Galaxy A7 Lite is rumoured to be powered by a MediaTek Helio P22T processor. It will also come with 3GB of RAM and a 5,100mAh battery. The tablet could also come with an 8.7-inch display while the Galaxy Tab S7 Lite could come in a little larger with a 12.4-inch display. A leak on WalkingCat also states that the Galaxy Tab S7 Lite will also come in various colours like green, silver, black and pink. The tweet was posted back in February so do take this info with a pinch of salt.

The Samsung Galaxy Tab S7 Lite could be powered by a Snapdragon 750G as opposed to the MediaTek Helio P22T on the Galaxy Tab A7 Lite. In our Galaxy Tab A7 review we stated that the tablet comes with a good display, great sound output and a premium build. It is ideal for those looking for a content consumption device from streaming services, some gaming and light productivity work. So while these Lite versions may not be as powerful as their older counterparts, we’re hoping to see a well-priced budget tab that could offer a little more than expected.

What’s the Best Office Chair Under $300?

Amazon Accused of Working With Book Publishers In Price-Fixing Scheme