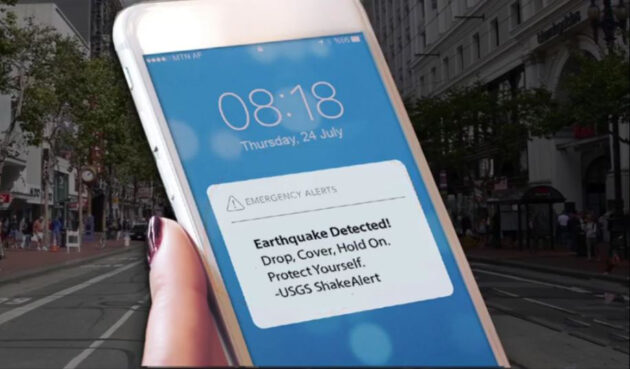 
The West Coast rollout of the ShakeAlert earthquake early warning system will be complete on May 4 when the service comes to Washington state, providing residents with technology to detect earthquakes and spur action.

The alert system, operated by the U.S Geological Survey in cooperation with the Pacific Northwest Seismic Network,does not predict earthquakes before they happen, but is designed to rapidly detect ones that have already begun. Ground motion sensors near the earthquake feel the ground shaking and relay that information to a data processing center. The precise location of the quake is determined and ShakeAlert algorithms quickly estimate the strength and areas that will likely feel shaking.

The USGS partners with agencies to turn the information into public alerts, such as through notifications in smartphone apps and announcements on PA systems. Other technical partners can use the ShakeAlert data to action such as:

The sensor network is only about 65% complete for Washington state, according to a news release. The USGS and state and university partners, including the University of Washington, will be adding more seismometers to the network through late 2025 to further enhance the systems capability.

On or before May 4, residents will want to check their phones to ensure that Wireless Emergency Alerts are turned on. Learn more here.

If an earthquake hits and shaking is expected at your location, the message will say:

ShakeAlert went live in Oregon earlier this month and was previously rolled out in California.

The 9 best films to see on Hulu