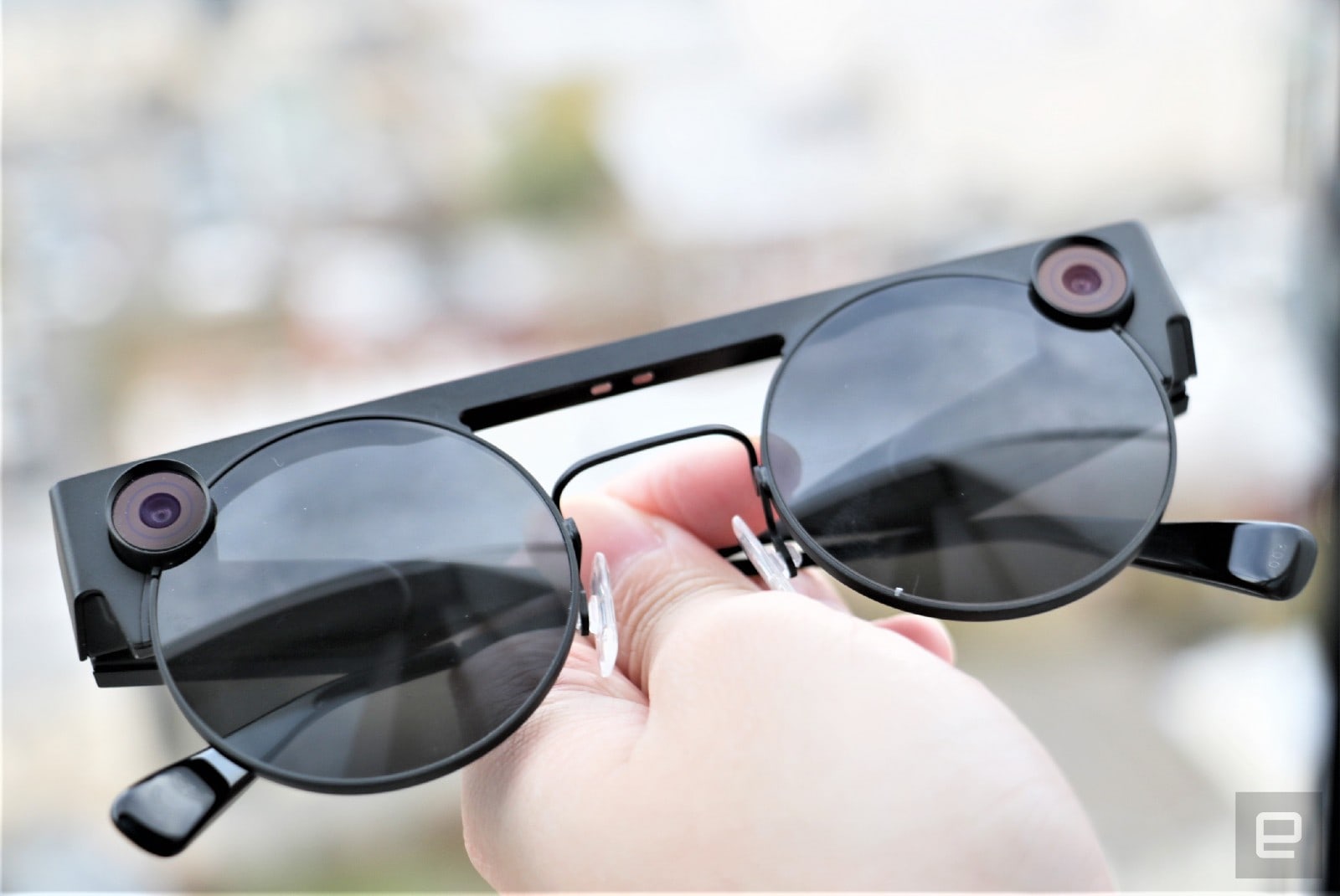 
Snap is no stranger to hardware, having released several versions of its Spectacles smart glasses over the years. The next step could be a pair with built-in displays that support augmented reality effects.

The next-gen Spectacles will be able to layer Snapchat lenses (or AR effects) onto the surrounding environment without the need to use a smartphone’s camera, according to The Information. At least for now, these smart glasses reportedly aren’t intended for everyday users. They’re said to be geared towards developers and creators, the folks who make many of Snapchat’s most popular lenses. It seems Snap is hoping those people will create new lens-style experiences for the glasses, which it may release more broadly in the future. The company is set to announce the AR Spectacles at its developer conference in May, according to the report.

Snap’s co-founders have spoken about bringing AR to glasses, so the move isn’t a huge surprise. Still, if the company is preparing to debut a version of Spectacles in May, that could give Snap a leg up on other notable tech companies who are working on AR wearables, such as Facebook, Apple and even Pokmon Go developer Niantic.

Meanwhile, Snap has reportedly revived its long-held plans to build a selfie drone. The company is said to have invested $20 million in Zero Zero Robotics, a company that built a folding camera drone. Snap was reportedly in talks to buy the startup in 2017. Now, Snap hardware engineers are beavering away on their own machine with the help of a drone company, according to The Information. It’s not clear if or when Snap plans to start selling the drone.

A Rugged Apple Watch Might Be in the Cards