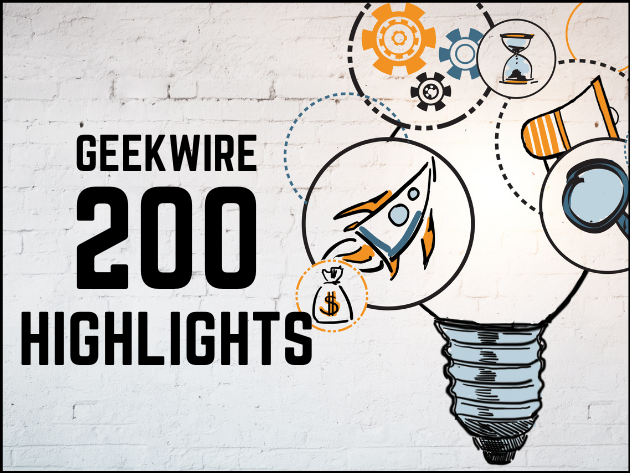 
Companies such as Big Fish Games, Cheezburger Network, and Tableau Software once sat atop theGeekWire 200, our ranking of the Pacific Northwests privately-held tech startups. Theyve since graduated from the list after growing big and going through an acquisition or IPO.

Fast forward to today, and startups including Auth0 and Rover are among the top 10. But both of those growing companies will soon graduate, too Auth0s acquisition by Okta is set to finalize this year, and Rover is going public via a SPAC.

Which companies will rise to the top and graduate from scrappy startup to major tech player next?

Read on for takeaways from this months GeekWire 200 rankings, which spotlight rising tech startups using publicly available data to identify the tech companies most popular and trending among key online communities. See the GeekWire Fundings list for recent Pacific NW startup deals and subscribe to GeekWire Startups for a weekly roundup of news, analysis and insights from the regions startup ecosystem, delivered Friday. 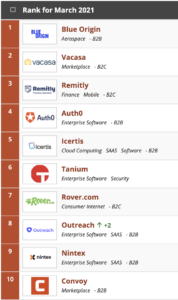 The top 10:Since last month, the top seven companies remain the same. Tanium, a cybersecurity company that moved its HQ from San Francisco to the Seattle area last year, debuted on the GeekWire 200 at No. 7 in December. Since then it has moved up one spot and is currently ranked No. 6.

Also on the move is Outreach, the sales enablement software startup valued at more than $1 billion, which moved up two spots since last month to No. 8.

Making headlines:Startups up-and-down the list have been in the news recently, announcing major funding rounds, giant deals, and new leadership.

Breaking into the top 200: The GeekWire 200 is generated each month from GeekWires Startup List, a comprehensive directory of the regions tech startups now with more than 1,700 listings.

These nine startups broke into the top 200 this month making their first-time debut, or in some cases, returned back to the rankings: