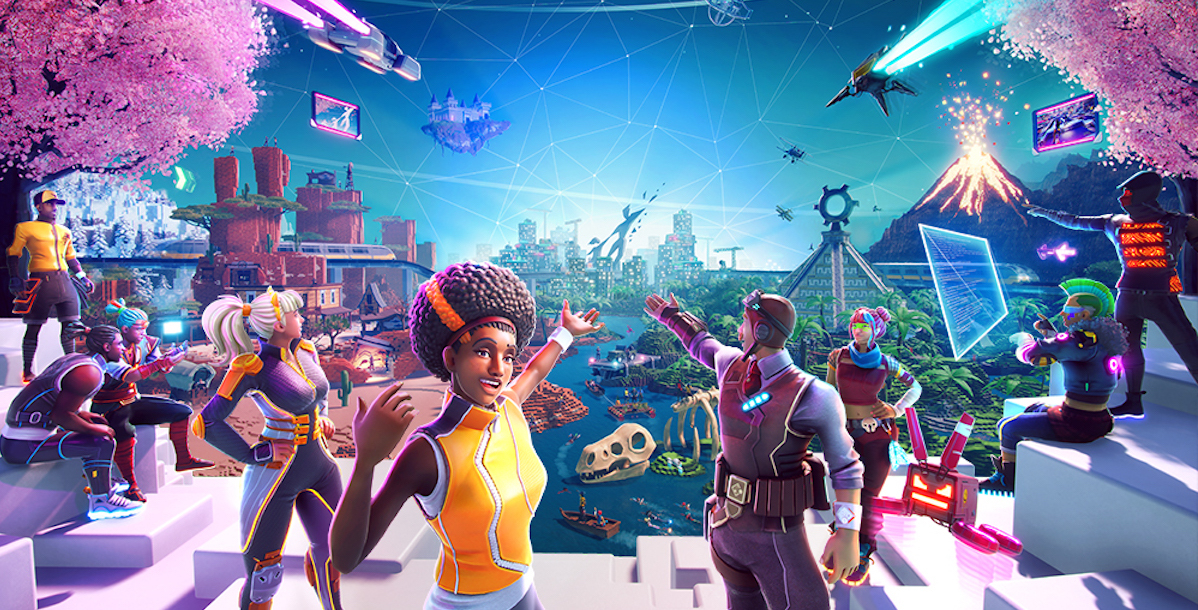 Like many, I spent more and more time in the metaverse this past year. I built a drag racer, (hyper) casually explored city management, and rolled a fair bit of virtual sushi. As I revisited favorite gaming haunts and discovered new ones, I realized that the metaverse is no longer my solitary hangout, but the place I go to spend time with my friends, family, and communities.

The metaverse is the sum total of those and all other collective virtual environments where people spend their time. Like any environment where many people gather, the metaverse has started to attract advertising. Unfortunately, this year has reinforced my view that advertising is not, as yet, a very good metaverse participant. Advertising in the metaverse is often disruptive, pulling gamers out of immersion whilst they wait to skip a full page interstitial, or bribing for a modicum of attention, for example through rewarded video ads.

Now, considering my career, Im obviously a believer in advertising and capitalism. But while I know advertising can be thoughtful, provide value, and enable millions of creators to build astounding experiences, I also feel that without careful stewardship in the metaverse it could run afoul of the tragedy of the (virtual) commons.

Monetization of the metaverse: The state of play

In 2012, radio passed a law in the United States that advertising cant exceed the average volume of programming. Today an advertisement in a game I was enjoying reminded me that no such law exists in the metaverse as I knocked my headphones from my ears to prevent hearing damage. I was jolted out of that corner of the metaverse not just for a moment, but forever: I uninstalled the game.

During the holiday season, I showed my young niece a fun idle game that involved working in a restaurant in the most wholesome and cartoonish way. Passing her the phone after a tutorial, I had to quickly grab it back as a 30 second interstitial for a makeover game pushed you to choose the skimpy dress you would wear out that night.

This is the state of play today, and depending on the choices we make as an industry and the advertising we will tolerate as a cost of admission to the metaverse, it could get much worse. I picture a world in which every Zoom background, AR sky, or virtual waiting room looks likethe million dollar homepage, and I shudder, because it doesnt take much imagining.

The metaverse: Were making more of it

The numbers behind the most notorious parts of the metaverse are staggering and impossible for advertisers to ignore. Its estimated that more than 28 million players earned at least one trophy in Fall Guys Ultimate Knockout in 2020. Its no surprise that Epic, the owner of maybe the most populous region of the metaverse (Fortnites 350 million players), took notice and acquired its publisher Mediatonic. Fortnite is also increasingly exploring the power of user-generated content, with its creative sandbox enabling players to create their own maps and mini-games. How could Epic not build the metaverse with rather than simply for its users, when it sees potential competitors like social gaming platform Rec Room raise $100 million this week, valuing it at over $1 billion?

Likewise, comparative UGC veteran Roblox, with more than 36 million daily active users, has been hovering around a $40 billion market valuation since its IPO on March 10, 2021. Roblox is a platform for user-generated games with a rich cross-game economy. There are over 20 million games created on the platform each year, and Roblox has hosted events like conferences, concerts, and movie promotions. By sharing creative tools and ecommerce with their users, Roblox is subverting Mark Twains pithy buy land, they arent making any more of it. It is actually facilitating the exponential expansion of the metaverse.

For this less vocal majority of the approximately 2.7 billion gamers, the metaverse is vast and varied.Statista lists more than 22 genres of mobile games, butwith very little in common from one to the next, there are really dozens if not hundreds. The vast majority of these games are free or freemium, with developers inviting the most traditional member of the attention economy into the metaverse to help them monetize: Advertising.

Monetization of the metaverse: An immersive future

Today, disruptive formats such as interstitials, rewarded videos, and playable ads are ubiquitous across the mobile gaming ecosystem. Yet, while these ads are and will remain a key revenue driver in the mobile metaverse for a while longer, there is a growing commitment to advertising that doesnt negatively affect immersion (and can even enhance it).

Technology, as ever, offers the solution. It now allows banner and video ads to be digitally injected within gameplay itself, replacing ads which detract from the game, and allowing developers themselves to choose the format, size, and placement that suits their game and their players. Likewise, owners of advertising inventory can use algorithms and first party data to ensure not only brand safety in the metaverse, but brand suitability.

This truly in-game advertising provides an alternative to both interruptive ads and in-app purchases. It monetizes the same proportion of players as traditional ads do, but better. While for immensely popular games that monetize 2%-3% of their audience by selling in-game progression, it provides a way to monetize the remaining 97% without harming user retention or their app store reviews.

In cosmetics, weve seenNike do a virtual drop of its latest Air Jordans on Fortnite,Gillette Venus offer diverse avatar skins in Animal Crossing, andRovio partner with the NFL on in-game items. While much of this content is paid, there is also scope to use 3D in-game items as blank canvases to provide cool, free cosmetic content that enhances brand recognition amongst users.

Shared stewardship of a virtual ecosystem

The metaverse adheres to the laws of Terry Pratchetts Discworld: If something is believed strongly enough, or by enough people, it may become true. The scope of any piece of it is measured in the number of people who believe in it. It is something that we all need to create together. There are no limits to what the metaverse could be, but this makes the responsibility of creators and advertisers to positively maintain this virtual ecosystem together so important.

Publishers, developers, advertisers, brands, and, most importantly, players are all stewards of the rising metaverse and, as long as theyre working towards the same goal, the metaverse will thrive.

Michael is leading Admixs In-Play advertising revolution in the U.S. He was previously at Google for 14 years.

How to Hide Recent Apps from the Mac Dock

How to Add, Edit, or Delete Recurring Events in Google Calendar