The big story: Tiger Global raises one of the biggest venture funds ever

Investment giant Tiger Global had already announced that it was raising $3.75 billion for its thirteenth venture fund, but a new SEC filing showed that it ended up raising much more than that $6.65 billion.

Perhaps that’s no surprise, given how active the firm has been. Just this week, it’s been announced as the lead or co-lead in a $300 million round for HighRadius, a $192 million round for Cityblock Health and a $125 million round for 6sense. Plus, portfolio company Stripe is now valued at $95 billion and Roblox just went public.

Facebook launches profile frames that help you encourage friends to get the COVID-19 vaccine The effort follows a similar launch in the U.K., which has apparently resulted in a quarter of Facebook users in the U.K. having seen a Facebook friend with the profile frame.

UKs antitrust watchdog takes a closer look at Facebook-Giphy Facebooks $400 million purchase of Giphy is now facing an in-depth probe by the CMA after the regulator found the acquisition raises competition concerns related to digital advertising.

Thrasio raises $100M for its Amazon roll-up play, appoints retail CFO for its next steps The company has acquired and consolidated over 100 brands (and 15,000 products) selling on Amazon.

Next Insurance raises $250M, doubling its valuation to $4B in under a year Next sells small-business coverage across a number of categories (workers comp, commercial auto, general liability, etc.) for different classes of workers.

Kaltura puts debut on hold. Is the tech IPO window closing? It appears that Kaltura was surprised that it was not trending toward a higher IPO price.

Bring CISOs into the C-suite to bake cybersecurity into company culture The information age is shaking up the C-suites composition.

For VC Hans Tung, the personal becomes public in a growing campaign to stop Asian hate Tung and his partners at GGV Capital decided to take action two weeks ago.

ILM shows off the new Stagecraft LED wall used for season 2 of The Mandalorian Stagecraft, the enormous LED-wall volume ILM used to shoot the first season has since been expanded and updated to be better, faster and easier to use.

Put your city on the TC map with TechCrunchs European Cities Survey 2021 TechCrunch is embarking on a major new project to survey European founders and investors in cities outside the larger European capitals.

Biden Wants You Out of Your Car and on the Train 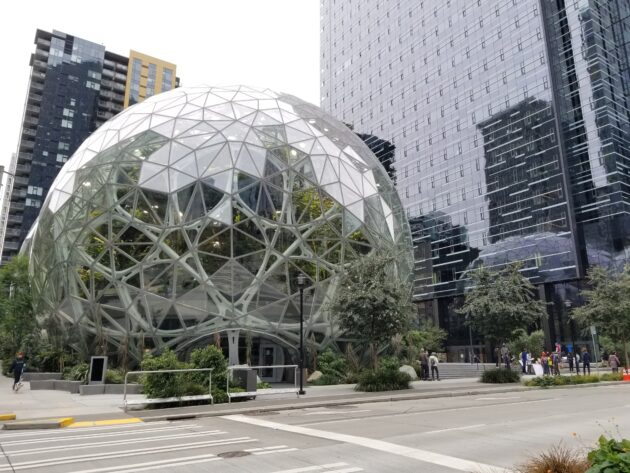 Amazon updates remote work guidance, plans to ‘return to an office-centric culture as our baseline’