A few people have asked me when were going to hear the results of the Bessemer, Alabama union election. The short answer is maybe next week. The long answer, factoring in appeals and litigation, is maybe months.

In a more soapbox-y sense, the effects could unfold over years. This is a landmark moment, catalyzed in a primarily Black worksite, by a few thousand people, whove drummed up high-profile political support.

The attention now also matters because federal reforms, which could stop Amazon from various pressure tactics it employed in Bessemer, are on the table. The PRO Act, which has already passed the House and is in Bidens infrastructure plan, would prevent Amazon from forcing employees into captive audience meetings, where union-busting experts can tell workers (for example) that unions are only out for their money. It facilitates quickie elections which can be conducted online, so it could have cut down Amazons opportunities to grind people down. (According to the union, about 3,000 peoplea clear majorityhad signed union cards before the election. But a significant number of people may have left.) Another perk of online voting is that Amazon cant install a mailbox on its premises. And the union could select whom to represent, preventing Amazon from gerrymandering by including anti-union workers on the voter roll.

The PRO Act could probably benefit from an Amazon-related nickname to get foot-dragging Republican senators to sign onat least to a version that reasonably makes it easier for people who want a union to get a union.

As labor law stands, this is way too hard! But this is the timeline workers in Bessemer are working with. Some FAQs:

Why is this taking as long as a U.S. presidential election?

The NLRB currently estimates that the public portion of the ballot count wont start until at least next week. The reason for the hold-up is that each side can first contest the names on the potential 5,800 ballot envelopes, and those ballots are set aside. Next (hopefully on Monday), they move on to the public count where ballots are opened, shuffled, and counted. Each side can again contest ballots.

This is the maybe-soon answer: if the number of contested ballots is insignificant enough to offset a clear majority, then the NLRB goes with the results. The union needs 50 percent of the vote plus one to win.

If we dont get an answer from the preliminary count, what next?

What if Amazon wins?

Bessemer workers likely continue to suffer, at least in the near term. The union prepares for a longer battle. They can ask that the NLRB investigate whether Amazon has impermissibly interfered with the election (committed an unfair labor practice, or ULP), which could invalidate the results. You may be thinking that holding captive audience meetings, posting UNIONS CANT flyers in the bathroom, texting workers, changing the timing of a traffic light, and installing a mailbox outside the warehouse could constitute interference. Unfortunately, impermissible might be a definitional problem.

After Amazons pressure campaign made national news, Joe Biden condemned anti-union propaganda. But leading labor historian Nelson Lichtenstein, author of numerous books including The Retail Revolution: How Wal-Mart Created a Brave New World of Business, pointed out over the phone that the personal condemnation was just thatBidens own stance. He was denouncing what is legal, Lichtenstein said. It is legal to hold a captive audience meeting. Its legal to propagandize all over the plant. Its legal to exclude organizers from the corporate property. The PRO Act would make a lot of things that are now legal that companies do illegal and would and would enhance unions organizing.

The union can also run an election again, which may motivate the company to make moderate improvements, such as turning on the air conditioner.

Meanwhile, the other warehouses considering a union can and should start their own drives.

What if the union wins?

Pop the champagne, this is a monumental victory!!

Still, get ready for Amazon to go to war. The company can anonymously poll employees to check if they supported the union, ask for an NLRB investigation into the validity of the election, and fight the outcome in court. It may threaten to close the warehouse, though its right to do so is highly debatable. I do not say this to deter workers. I say this because it is not classified information, and Amazon could have told its employees these things. Lasting Depression-era victories in the auto industry and grocery chains took years and incredible perseverance.

But! The payoff was a groundswell of vast improvements to the quality of life: higher wages, paid vacation, healthcare, pensions, job security. Amazon will say it provides some of these things. Its workers will tell you that they are pushed beyond their physical brink under constant surveillance and see little opportunity to work their way up. The countrys second-largest private employer burns through workers like an infinitely replenished resource. A nation of workers shuffled between entry-level jobs is not sustainable.

Union organizers expect the race to be close, which is not a great surprise. Amazon has a corner on workers attention and an expensive team of skilled union-busting experts. For this reason, some view even a loss to be a victory.

If the union garners a significant portion of the vote, even if thats less than 50 percent, that also counts as a success, Harvard labor researcher Benjamin Sachs told Gizmodo over the phone. Given how voraciously Amazon has fought this campaign, to get 30 or 40 percent of the vote would be a sign that organizing Amazon really may be possible.

Amazon has already lost ground. Thanks to a constant churn of reported abuse and bizarre rage-posting, its backed itself into a lonely corner. Democrats are better situated than ever to rip the companys face off.

Jake Rosenfeld, author of What Unions No Longer Do told Gizmodo that he wouldnt be terribly surprised if the union doesnt win this round, given the incredibly hostile anti-union political terrain that is a feature of so much of the South. More important to keep in mind is that the iron is hot; he points out that the public, especially younger workers, has recently embraced organized labor, while tech companies are so politically toxic that even Marco Rubio expressed support (though take that with a heap of salt). And this administration is the most vocally pro-union of my lifetime, Rosenfeld added.

Again: achieving the seemingly impossible is the history of labor. Philip Dray, author of There Is Power in a Union: The Epic Story of Labor in America reminded us that workers have won plenty of longshot battles.

I think of the Ford Motors strike of 1941, where the combined efforts of the UAW and the CIO, with a hand from the NAACP speaking directly to Black Ford holdouts, finally broke Fords years of fierce and even violent resistance, Dray said. The other obvious example is the UFW and Chavez in the 60s and 70s, years of tireless organizing and contending with flanking attacks from the Teamsters, leading ultimately to historic union guarantees and protections for farm laborers.

Dray added that consumer boycotts were key to the UFW victory.

Let Amazon know what you think about their labor practices, theyre on Twitter.

Also, senators literally just have to walk in the building and cast their vote. 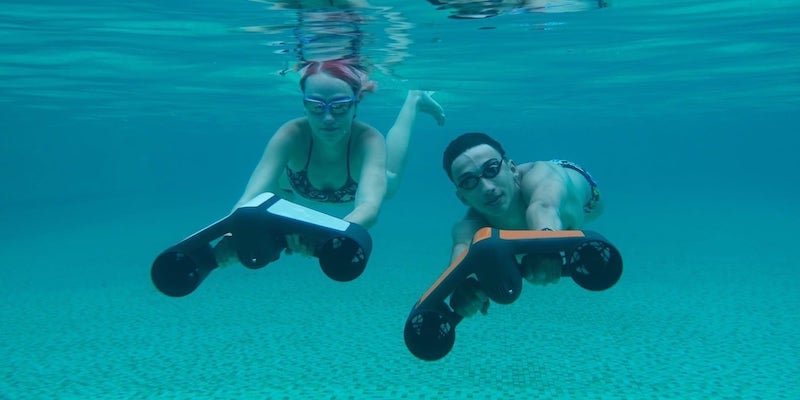 These summer gadgets are a must for 2021

Eufy’s RoboVac 11S Gives You a Break From Cleaning, Down to $170 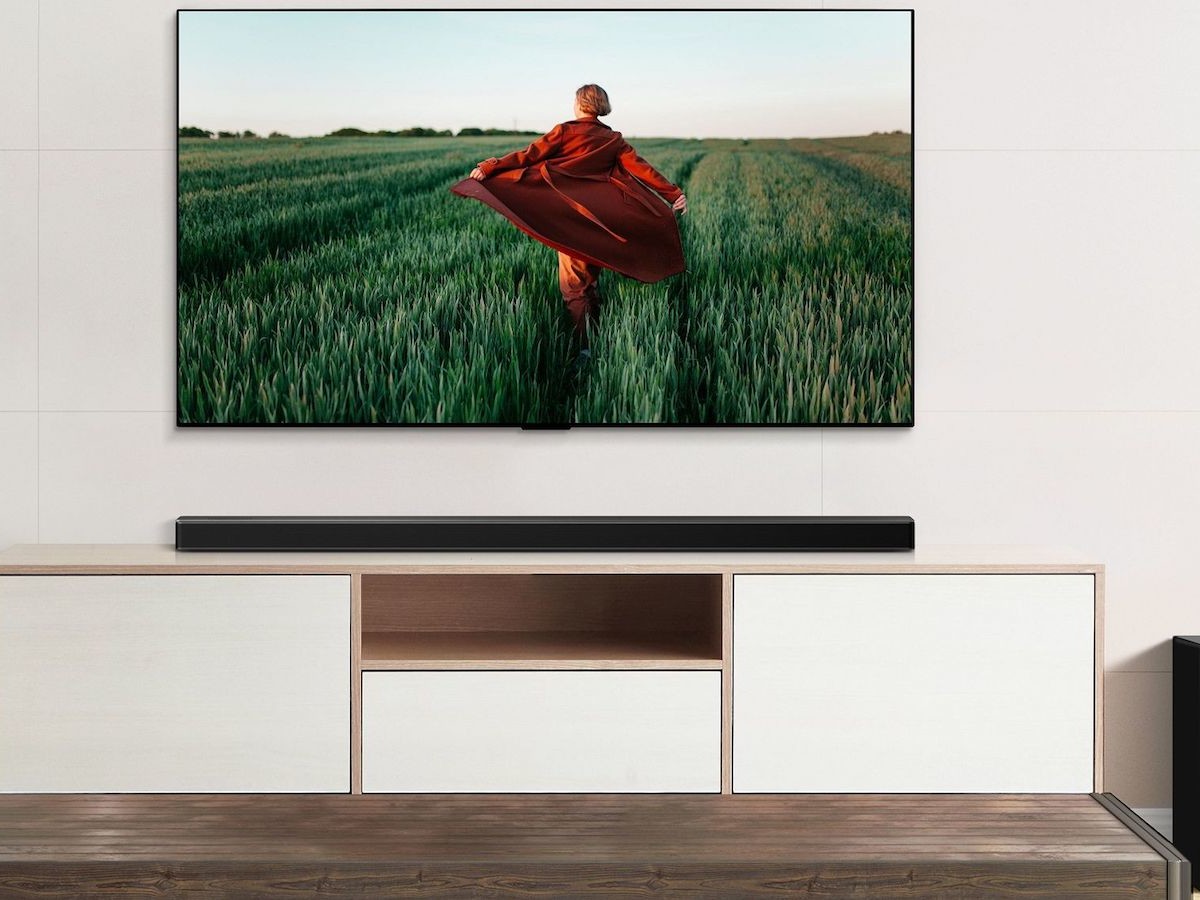