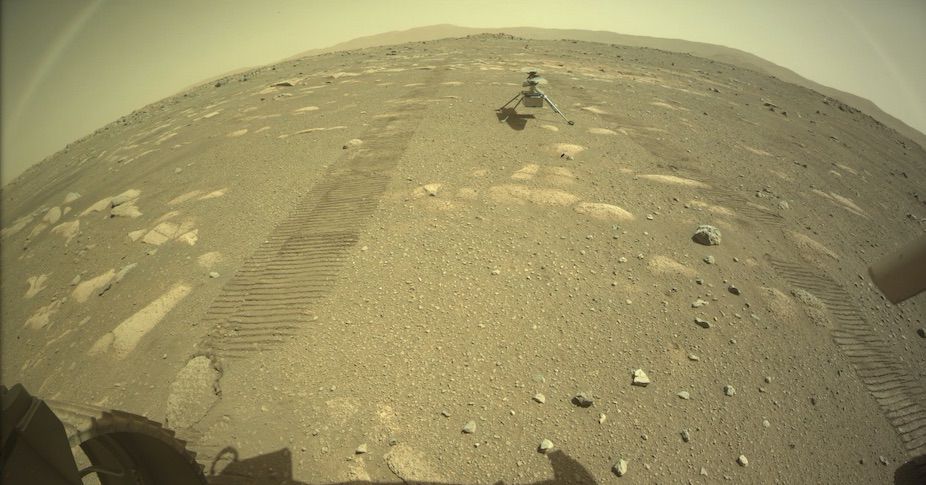 
NASAs Perseverance rover, which is currently roaming around Mars, has dropped off the mini helicopter Ingenuity ahead of the four-pound aircrafts historic first flight.

Ingenuity dropped four inches from the belly of Perseverance to the surface of Mars. While four inches might not seem like a very big drop, getting Ingenuity to successfully stick the landing is still a significant milestone, as the helicopter had to go through a multi-day process of flipping from a horizontal position on the rover to a vertical position before it was set down. (It also had to survive a seven-month trip through space to get to Mars. NBD.)

Now that Ingenuity is separated from Perseverance, it will need to power and heat itself. Ingenuity will draw power from the sun using its onboard solar panels, but its heater will have the tough job of keeping the helicopter warm through the freezing cold nights on Mars, where temperatures can go as low as negative 130 degrees Fahrenheit, according to Bob Balaram, Ingenuitys chief engineer.

Presuming Ingenuity survives the harsh conditions, the helicopter will aim to take the first powered flight on another planet, which is currently set for no earlier than April 11th. NASA outlined the helicopters flight zone, which NASA outlined on March 23rd. The plan is for Ingenuity to attempt as many as five test flights within 30 days before settling down on the surface of Mars for eternity.

Hackers Hosed by Google Were a Counterterrorism Operation Amazon union defeated, pushes for election redo: What you need to know