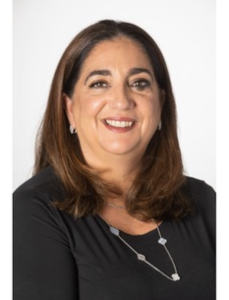 Menendez-Cambo fills a vacancy created by the resignation in January of longtime board member A. George Skip Battle. She joined the boards audit committee, satisfying a Nasdaq rule requiring three independent directors on the audit committee, Expedia said.

Expedia Group, based in Seattle, includes travel brands such as Vrbo, Orbitz, Hotwire, Trivago, Hotels.com, and Egencia in addition to the flagship Expedia.com. The pandemic took an extraordinary toll on the companys business amid the massive slowdown in global travel. Annual revenue fell 57% to $5.2 billion in 2020, and gross bookings fell 66% to $36.7 billion.

In a statement released by the company, Menendez-Cambo described travel as critical to the global economy, saying that shes excited to join the Expedia Group board during an era of recovery and transformation for the travel industry. Buy an AirTag, Not a Tile Tracker (Unless You Use Android)

Intel will invest in factories and manufacture chips for other companies