Between offshore oil and gas drilling, shipping, wind turbines, and even jet skis, the ocean is a pretty loud place. But amid covid-19, a lot of that activity came to a halt. Thats given scientists a rare chance to examine how marine ecosystems respond to quieter soundscapes. A new initiative, the International Quiet Ocean Experiment Science Plan, aims to make sure they can make the most of their research.

The plan, conceived by a team of five researchers, will bring together data from hundreds of scientists around the world measuring ocean soundscapes over the past year. Theyre hoping to bring even more data into the fold by getting scientists who are doing field research in the oceans now but didnt plan to measure sound to consider using listening devices in their experiments. The project will allow researchers to get a baseline of how ecosystems function in a quieter oceanand advocate to make the quiet permanent.

Marine animals use sound in all sorts of ways. Animals make noises to communicate with one another, signaling to their young that theres danger around or to potential mates that theyre interested. Some creatures, like orca whales, use echolocation to hunt prey, and others, like snapping shrimp, make certain sounds to lure prey toward them. Our oceans are home to vast, complex communication channels, but intruding noises from industry and other human activities can screw all that up.

There hasnt been as much research on the din made by human activity as there has been on their physical impacts. But the racket has been linked to decreasing populations of some whales and dolphins. Another study shows that abrasive noises stress seals out, making it hard for them to perform basic functions.

Yet it can be hard to see all the effects it has on marine lifetheres been pretty constant din since industrialization started. Because much of the noise comes from industries that our world depends on to run, like energy and shipping, its difficult to get them to shut up to conduct research.

A lot of acoustic research has proceeded by, lets say, ringing a bell underwater and then seeing what happened, Jesse Ausubel, director of the Program for the Human Environment at Rockefeller University and a leader of the new project, said.

In 2011, Ausubel and four other scientists decided it would be a good idea to try to measure the effects of noise subtraction, too. They devised a plan to connect with researchers around the world who were using hydrophonesbasically underwater microphonesin their experiments, and ask them to collect data. They planned to pay close attention to how ecosystems responded to particularly quiet times, like the period after a hurricane when fewer ships or rigs are working. The researchers also planned to ask noisemakers to quiet down as much as possible on designated quiet ocean days for the sake of science. But then in 2020, they got their year of the quiet ocean without even having to do all that because of covid-19 restrictions.

At the same time, there was a sharp dip in fuel prices and an oil price war. That quieted down both rig operations as well as exploration and seismic testing.

Of course, the researchers hadnt planned for the quiet of the pandemic. But they figured that at any given time, there are scientists measuring underwater sound with hydrophones for their research. They were right: Through their networks and outreach, they were able to connect with 231 research teams who were using non-military hydrophones for their marine experiments between March 2020 and February 2021. Each of these teams agreed to share their sound data.

Ausubel and his team plan to use all those contributors data to create a repository of sound information, using a variety of methods and tools to measure and document ocean soundscapes, and examine their effects on animal populations. Most of their current contributors hydrophones are deployed in coastal areas, which are likely those most influenced by local changes in human activity. The network also includes several instruments deployed in the deep ocean.

The team expect there are hundreds more hydrophones out in the oceans right now for various reasons, and even more that have been out there in the past year. The team are asking all who are able to upload their auditory data, along with geographic coordinates and other metadata, to do so to an online database. The researchers also launched a new software called MANTA on Wednesday, which was developed for them by a team of scientists at the University of New Hampshire. It will help standardize sound recording data from collaborators, making it easier to compare and visualize.

They hope that more researchers in the Southern Hemisphere will consider using hydrophones, since most of their existing network covers the Global North. Thats likely because hydrophones were once prohibitively expensive to use and are still thought of that way, but in reality, its gotten far more affordable in the past decade or so.

What wed really like to encourage is capacity development in Southern Hemisphere countries now that this technology is relatively cheap and easy to field, to be able to make sure that graduate students, for example, understand that this is really a quite a usable technology that they may not have thought of using, Peter Tyack, a professor at the Scottish Oceans Institutes school of biology and another co-founder of the International Quiet Ocean Experiment Science Plan, said.

It could be a win-win giving researchers in the Global South more tools to study the ocean and collecting more data from everywhere. If it turns out that human noise is a big problemwhich they assume it willthere are ways to take it on. Ships can be designed to run more quietly, for instance. Transitioning to electric maritime boats and maritime equipment can also reduce sound. And governments can also push industries to avoid certain areas at certain times, for instance during animals mating seasons.

The NFT Bubble Might Be Bursting, But Streamers And Esports Orgs Are Still Getting In On It 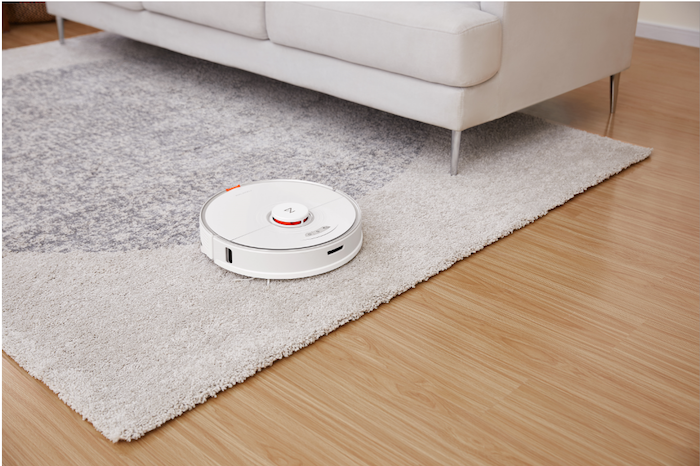