In the Middle Ages, a grim adage sometimes turned up in European folklore and childrens stories: Woe to that child which when kissed on the forehead tastes salty. He is bewitched and soon must die. A salty-headed newborn was a frightful sign of a mysterious illness. The witchcraft diagnosis didnt hold, of course, but today researchers think that the salty taste warned of the genetic disease we now know as cystic fibrosis.

Cystic fibrosis affects over 30,000 people in the United States, and over 70,000 globally. Mutations in the CFTR gene garble cells blueprints for making protein tunnels for chloride ions. Chlorides negative charge attracts water, so without much chloride meandering into cells, the bodys mucus gets thicker and stickier, making breathing a struggle and often trapping dangerous bacteria in the lungs. It also disrupts digestive enzymes from traveling out of the pancreas and into the gut, causing inflammation and malnutrition.

Salty sweat is a telltale sign. Doctors sometimes meet kids with 10 times higher chloride levels in their sweat than expected. Since the 1960s, measuring chloride has given doctors their clearest diagnoses: They stimulate peoples sweat glands, soak up as much as they can, and send the samples to labs. But the tools are expensive, bulky, and hard to fit onto squirming infants. Sometimes the tests dont collect enough fluid for a diagnosis. And if a test fails, parents and their newborn often have to wait a couple of weeks to come back.

That failure to collect enough sweat just delays time to diagnosis, says Tyler Ray, a mechanical engineer with the University of Hawaii at Mnoa who develops wearable biosensors. That means losing precious weeks when doctors could have prescribed treatments. It also creates a barrier for folks who need to drive for hoursor fly over oceansto reach a hospital that can run the test. There are not many throughout the country, says Ray. In fact, Hawaii does not have one for the general population.

Ray’s team of engineers and pathologists think they have an alternative: stick-on sweat collectors. In a study published last week in Science Translational Medicine, they report creating a malleable, coin-sized sticker that changes color as it absorbs progressively higher salt concentrations indicative of cystic fibrosis. When tested on babies and adults, the stickers filled with more sweat than traditional devices, and did so faster.

This is exciting technology and something very new, says Edward Fong, a pediatric pulmonologist with Hawaii Pacific Health who was not involved in the study. Fong thinks these stickers would make cystic fibrosis diagnosis more accessible. If it lands regulatory approval, he says, we do not need to send our patients 2,500 miles away to be able to get their sweat tested.

Making sweat tests easier would be the one obvious win, agrees Gordon Dexter, a 36-year-old from Maryland who lives with the condition. Dexter is a moderator for the Reddit community r/CysticFibrosis, where people sympathize about digestive hardships and celebrate triumphs over lung bacteria. Sweat tests can be kind of ambiguous or just difficult to do, and that is a recurring question that I’ve seen, Dexter says.

Ray has had an eye on sweat for years. In 2016, as a postdoctoral fellow, he joined John Rogers’ lab at Northwestern University, where researchers had been toying with conducting sweat analysis on wearable sensors. They wanted to create new devices with tiny channels, valves, and dyes that could track body chemistry in real time. Soon after Ray arrived, the lab published a paper demonstrating a wearable sensor that could reveal glucose, lactate, and chloride ion levels in sweat, as well as its pH. That study pitched the sensors as monitors for athletes or military members in training, and the researchers tested it during a long-distance bike race. The tech got a lot of attention: Ray later worked with sports teams like the Chicago Cubs, and Gatorade has used the technology to sell its Gx Sweat Patch. In 2017, the patches were displayed at New Yorks Museum of Modern Art and were used to promote hydration at the South by Southwest festival. 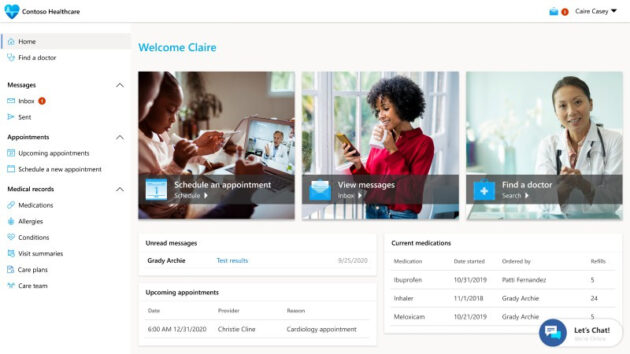 Why Microsoft’s $19.7B deal to acquire Nuance is a ‘perfect fit’ and ‘trophy’ for Redmond tech giant

3 Ways to See the Current Folder Path on Mac