Hunting for a new wireless mouse is no easy task given just how many there are available at prices ranging from $10 to $100 or more. But, if you spend your days in front of acomputer, you probably know that the right mouse — and the rightkeyboard, for that matter — can make a huge difference in your productivity.

For those working from home, we recommend looking for a wireless mouse with sensors that work on almost all surfaces, such as the Logitech MX mice. These let you connect to up to three devices by Bluetooth or through their included USB adapters, so you can quickly switch control between computers. However, they can be expensive, and if you don’t need to work on a glass table, most newer mice will work on anything other than glass or reflective surfaces.

There are of course other factors to consider such as rechargeable batteries or replaceable batteries, the number of buttons, ergonomic design and size. Good software for programming the mouse matters, too. The list below takes all of these into consideration and, while the mice here use wireless technology, several can be used as wired mice with a USB cable if you’re worried about battery life.

Read more:Working from home? Here’s how to make sure your Wi-Fi is up to speed

Despite its smaller size, the MX Anywhere 3 mouse is essentially a smaller version of the MX Master 3 also on this list. These mice share many features, including dual-wireless connectivity (the mice can be used wired, too), hyperfast scroll capabilities, programmable buttons and Flow support for moving your cursor between two computers on the same network. The battery will last for up to 70 days on a full charge, and a quick three-minute charge of the battery can get you through a workday. It’s also comfortable to use the buttons despite its small size and, perhaps most importantly, it can be used on just about any surface, including glass — so don’t worry about a mouse pad.

The MX Anywhere 3 comes in a couple of versions. There’s thestandard “universal” versionthat works with Windows, MacOS, iPadOS (13.4 or higher), ChromeOS and Linux computers via Bluetooth or Logitech’s Unifying USB dongle, which is included.MX Anywhere 3 for Mac works only via Bluetooth and is optimized for Macs and iPads. Shipping soon, both mice are available in pale gray and MX Anywhere 3 (with the dongle) is also offered in rose and graphite.

Like a lot of ergonomic office products, companies that make ergonomic mice aim for the largest group of potential users. But by doing that, they’re inevitably leaving out a number of people whose hands are too small or too large for the mouse, they’re only made for right-handed users or both. The Unimouse is the rare option that’ll really work for just about anyone.

The wireless mouse is available for left and right hands (it’s available in a wired version, too) and has a crazy amount of adjustability to create a custom fit for your hand. The top part of the body starts at a 35-degree angle, but its friction hinge lets you lift it up to a 75-degree angle — or anywhere in between — that puts it into more of a handshake position. Its ball-mounted thumb support cradles your thumb and can be rotated and tilted to whatever position is most comfortable for you. Also, it’s on a telescoping post so you can use a wider or narrower grip. The post can also be moved forward and backward.

A 2.4GHz USB adapter is used for its wireless connection, there is no Bluetooth, and it can be used wired while you charge it with the included micro-USB cable. There are six programmable buttons: left, middle, right, scroll click, forward and back. I appreciated having the additional button on top (once my muscle memory adjusted to it), but the forward and back button placement was just a little too far back on the body for me to use comfortably. The included app is basic but gets the job done letting you reprogram buttons and adjust cursor scroll speeds. DPI can be set from 800 to 2800 in increments of 200 with the software or a button on the mouse. You can also set up application-specific profiles with the app.

If you’re ready to give an ergonomic mouse a try, the Unimouse’s customizable design is tough to beat.

Not everyone has an available USB port on their computer, especially if you have a newer laptop that only has a USB-C port. This simple mouse from Jelly Comb has both a USB receiver and Bluetooth so you can connect using either. You can even quickly switch between the two, letting you control your computer with one and another device like a tablet with the other.

Its low-profile design lets it slip easily into your bag but isn’t the most comfortable if you prefer a more ergonomic design. Despite appearances, the ball on top is just a scroll wheel, not a trackball. Also, there are no forward and back buttons on the side if that’s a must-have for you. However, a button in the middle of the body on top quickly switches the DPI to give you greater cursor control on the fly.

TheMX Master 3combines the customization of a gaming mouse in a comfortable, wireless design made for getting work done. Logitech’s software makes it easy to set the five programmable buttons (that’s a lot of buttons, but there’s a buttonon the bottom and more on the thumb rest) and thumb scroll wheel of the MX Master to handle a variety of tasks, from taking screenshots to controlling media.

Compared to the older MX Master 2S, the new model is more comfortable with better button placement. It has smoother, faster and more precise scrolling — great for long spreadsheets — as well as faster USB-C charging. The MX Master 3 can be used with a cord or wireless via Bluetooth or the included Unifying USB adapter, and it supports connections to up to three computers; the button on the bottom lets you quickly switch between connections. The mouse also supports Logitech’s Flow feature letting you move your cursor between computers on the same network.

Trackballs seem to get overlooked but, going by the comments on this story, that’s a big mistake. Options like the$91 Logitech MX Ergo and the$33 Kensington Orbitoffer more comfort but the same control you’d get with a regular mouse. Plus, since it stays stationary, you don’t need extra desk space for movement and it can be used on any surface.

Logitech’s latest Ergo Trackball won us over with its new sculpted shape that fits a wider variety of hand sizes and a lower price than the MX Ergo. That said, the MX Ergo has a sturdier, more solid feel and can be paired to two devices simultaneously. The M575 does give you a choice of Bluetooth or the company’s USB-A wireless receiver.

Whether you’re looking for a travel mouse or simply need something smaller for yourself or your child, this’ll do the trick. Though it’s listed as a Bluetooth mouse, there’s a 2.4GHz USB receiver in the battery compartment so you can just plug in and start working. Plus, with two Bluetooth connections — 3.0 and 5.0 — you can connect to three devices and switch between them with a button on its bottom. Cursor control is smooth and it worked accurately on nonglass surfaces.

The wedge-shaped design with its high, rounded back is comfortable to rest your palm on and the rubberized Y pattern on both sides gives your fingers something to grip. There’s rubber on the scroll wheel and has stops you can feel. A button to the back of the wheel lets you switch between five DPI settings, from 800 to 2,400, which is nice since you might not always have a lot of room to move. All of the buttons have an audible click, except for the main left and right mouse buttons, which are nearly silent when pressed. You’re not going to be disturbing anyone’s concentration while you use this.

The mouse is powered by a single AA-size battery that will last for up to 36 month of use.

VicTsing’s wireless mice are scattered throughoutAmazon’s bestseller listincluding this comfortable, ergonomic mouse. It is powered by two AAA batteries, and it connects with a small 2.4GHz wireless USB adapter that’s stowed in the battery compartment.

The ergonomic design keeps your wrist at a more natural angle to reduce strain. It takes almost no time to adjust and find the buttons coming from traditional mice. Plus, one of the buttons is below the scroll wheel and it lets you switch DPI settings on the fly if you want to speed up or slow down cursor movement. (DPI stands for dots per inch, so if a mouse has 800 DPI, that’s 800 dots per inch, or 1,600 DPI is 1,600 dots per inch. Some go up to 12,000 DPI.) That’s it for customization, though. Still, it’s a good wireless mouse overall and if you’re not sure you’ll be happy with one of these mice or their ergonomic design, it’s an inexpensive way to try.AndVicTsing includes a 45-day free return period and 18-month warranty.

Mice that live up to the quality of Microsoft’s other Surface hardware are worth their price, especially if you work on multiple Windows 10 PCs at the same time. Using Microsoft’s Mouse and Keyboard Center software, you can not only program its customizable buttons, but connect the device to three different computers and seamlessly move your cursor between them, similar to Logitech’s Flow feature. It’s a great synthesis between keyboard and mouse. The Surface Precision Mouse can be used wired as well with its USB charging cable, and is quite honestly one of the most comfortable mice we’ve ever used, too.

Once you dip below $10 you usually lose features like forward and back buttons or, um, comfort. Wisfox’s mouse has a comfortable curve to it for a more ergonomic fit and rubberized sides to give you some extra grip. A button on top lets you switch between three DPI settings to help you get around your monitor with less wrist movement.

The battery compartment (the mouse uses one AA battery, not included) houses the wireless nano USB receiver when not in use, so you’re less likely to lose it. It also comes in 14 colors, although you’ll have to go with the gray version (pictured right) to stay under $10 (it has a 10% off coupon you can apply to get the price to $9). It doesn’t have Bluetooth, but Wisfox does make one with both 2.4GHz wireless and Bluetooth (pictured left) for $17 that currently has a $6 off coupon on it on Amazon.

Yes, it’s another Logitech mouse, but good wireless mice that are comfortable for work and high-performance wireless gaming for less than $50 aren’t easy to find. The G305 device’s lightweight, ambidextrous design hits the mark, though, and its single AA battery will last for up to 250 hours of continuous PC gaming — that’s a lot of battery life. It does not have Bluetooth, but instead uses Logitech’s wireless Lightspeed USB adapter. The tiny adapter is stored under the mouse’s palm rest for travel. And it has a Hero optical sensor for optimal gaming performance. 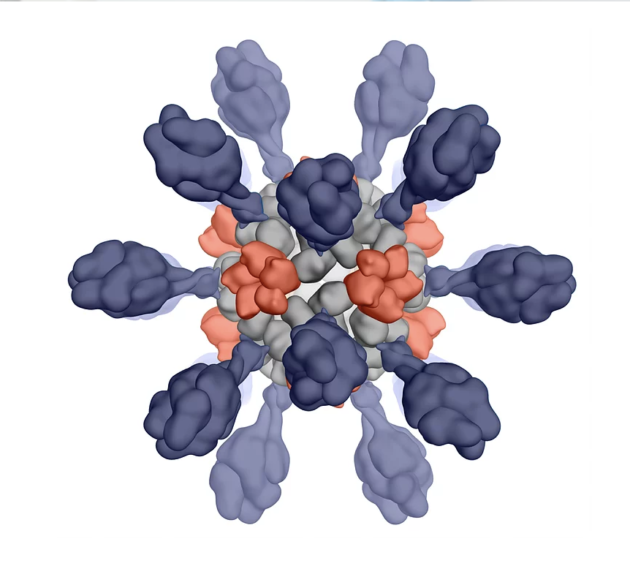 The Lithium Mine Versus the Wildflower