If there’s one thing I’ve learned after working from home for nearly 25 years, it’s the importance of having a good desk chair. But does “good” have to mean “expensive”? Do you really have to spend hundreds of dollars just for a comfy place to park your keister?

I decided to find out. Armed with CNET’s credit card, I went shopping for office chairs priced $100 and less. I wanted to see if any of them could possibly compare with my current chair, a comfortable, ergonomic, highly adjustable FlexiSpot Soutien that sells for $270.

The view from the cheap seats

Here’s what I learned about cheap chairs: Compromises are to be expected. Although I was impressed with the build quality of most of my test subjects, there were only a few I’d be willing to sit on all day every day. On one chair, the wraparound arms made things uncomfortable for my legs. Another wouldn’t move smoothly on a hard surface; it dragged instead of rolling. A third simply wasn’t designed for a person of my height (six feet).

That said, any chair gets uncomfortable after too much sitting, which is why it’s important to stand, stretch and move around on a regular basis.

Read more: Do these 5 exercises to save your posture while working from home

Something else to note: Branding can be sort of “fluid” with these cheapies. Occasionally what I received didn’t seem to match what I ordered. For example, I purchased a Smilemart mesh-back from Walmart; what arrived was marked Yaheetech. It appeared to be the correctchair, just with a different name on the box. (Another chair’s box bore no name at all.)

As for pricing, everything here is accurate at the time of this writing — but fluctuations are common. At one point, for example, the BestOffice chair was priced at $40, but it jumped to $51 shortly after the sample arrived. As of today, it’s at $40.

This model won me over before I even sat in it, because it comes with superb instructions and color-coded screws to make assembly as easy as humanly possible. It proved one of the fastest, simplest builds in the group, and the end result was one of the comfiest chairs.

The seat is wide and thick, the back welcoming in a way that most of these chairs aren’t. Instead of overly aggressive or poorly placed lumbar support, you get a gentle curve and soft mesh. The arms are actual arms, not wraparound arcs that impede your legs.

I also appreciate the handful of color options Union & Scale offers, including blue, black and light gray. I did encounter one minor issue: One of the casters didn’t roll well on my mat. At times, moving the chair seemed more like dragging the chair.

About the price: The Essentials lists for $130, but routinely goes on sale at Staples for $70 — which was the price as of this writing. It’s definitely a top pick in the budget-chair category, but make sure to wait till it’s discounted.

This was the only chair to give me any real trouble during assembly. During unpacking, I thought the five-arm base had arrived broken, as one arm was cut in half. Turns out you have to manually add the missing joint. Not a big deal, but from there I couldn’t get the back to line up correctly with the seat; one of them was crooked somehow, resulting in a noticeably wider gap on one side. As for the arms, I had to, well, strong-arm one of them into place. Something in the molding was slightly off.

Because the arms are L-shaped, rather than fully enclosed like on many chairs, I actually wanted to reverse their installation so my legs could sit wide. (That works, by the way; I tried it.)

The chair stands a little short, with a maximum seat height of just 20 inches — shy of where I’m comfortable as a 6-footer. But I was impressed by the unique lumbar support, which consists of vertical plastic pieces flanking the back. It’s not only an eye-catching design, but also a better feel than most. The mesh back snugs you in rather than pushes you away.

Despite a few design flaws, this chair delivers a pretty amazing value.

How good can a $55 chair possibly be? Initially I’d have said, “Not very,” but this one changed my mind. It’s one of the most comfortable in the group, and you can get it in a variety of different colors (blue, purple, red, etc.) for the same price.

The chair went together very quickly; I’d say it took me all of 10 minutes to assemble. The seat is deep and cushy, and the arms are set back far enough that your legs don’t bump them much. The arms themselves aren’t adjustable, and their narrow, hard-plastic design won’t win any awards for comfort.

But if you don’t have a lot to spend on a desk chair, this is one of the best options out there.

Is there such a thing as a “happy” office chair? If so, it’s this one: There’s just something cheerful about the white arms and accents, which contrast nicely against the standard black seat and back.

Assembly proved a little challenging here, in part because the deeply sunk holes in the arm pieces make it impossible to start threading bolts by hand. Plus, the oddly shaped Allen wrench is difficult to wield one-handed. I won’t say you need two people to build this, but it helps.

Much as I wanted to like this lovely chair, the plastic lumbar support made it difficult. It’s too rigid; you really feel it on your lower back. That’s unfortunate because otherwise I found it pretty comfortable. I’m also concerned that those lovely white arms will start to get grungy over time, and that even with cleaning will never reclaim their original luster.

This snazzy model, ostensibly a “gaming chair” but perfectly suitable for desk duty, looks like something you’d find in a race car, with striking white accents mixed in with the black. It’s one of the best-looking chairs under $100.

It’s reasonably easy to assemble, though it helps to have a second person when attaching the seat back, and it comes with plastic caps to cover the screw holes, a nice touch. The arms can pivot up and out of the way if you want more range of movement.

Curiously, the instruction manual makes reference to a massage feature that the chair doesn’t seem to have. I found no cord in the box and no place on the chair that one might plug it in.

I don’t think that would help, however, as I found the overall design uncomfortable. The built-in lumbar cushion sits too low, pushing against your tailbone rather than supporting your lower back. I also found the seat-back a bit too short (again, I’m 6 feet); it curves inward right at my shoulder blades, so leaning back feels awkward. Similarly, the included headrest cushion (which is removable) pops off if I try to position it at a comfortable height.

So while this chair scores a lot of style points, its comfort leaves much to be desired — at least if you’re my height.

Despite the Smugdesk branding on the product page, there was nothing in the box or assembly manual to indicate any branding at all. Indeed, the support email address listed is for something called “vipclub.” No problem; it was a similar story with the Smilemart chair — which, at first blush, you might easily mistake for this one.

Assembly proved quick and relatively easy, the only real challenge being a couple side screws that were a little tough to tighten owing to their position.

The chair itself is comfortable, with a lumbar-friendly mesh back and the usual tilt and height adjustments. However, the closed-loop arms are set so far forward, I frequently found my legs pressing into them, which got unpleasant after a while. What’s more, a few of the casters didn’t roll properly on my chair mat; every time I scooted forward or back, they just dragged along the surface.

With those two fairly significant marks against it, the Smugdesk chair is hard to recommend. 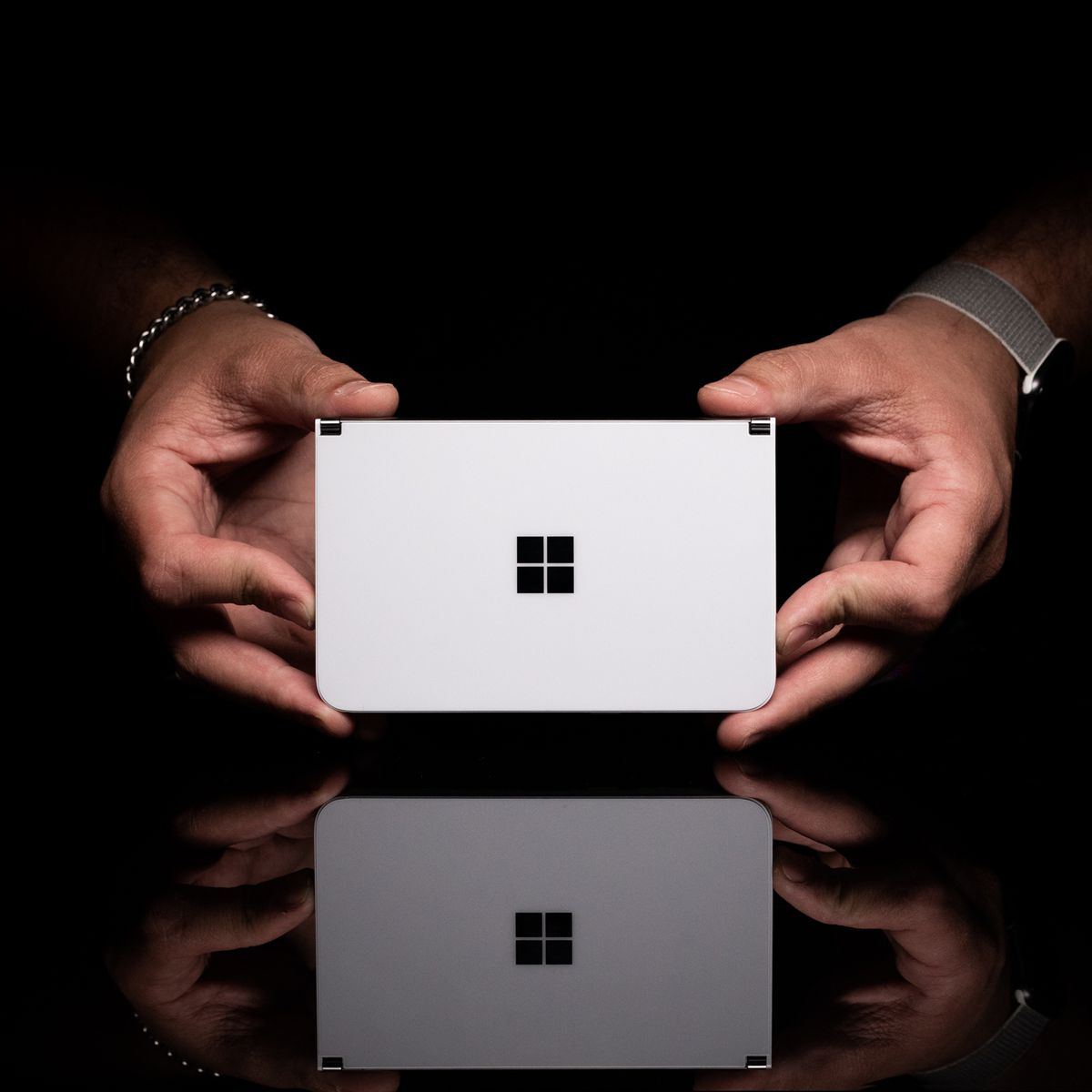 Microsofts Surface Duo is down to $600 at Woot