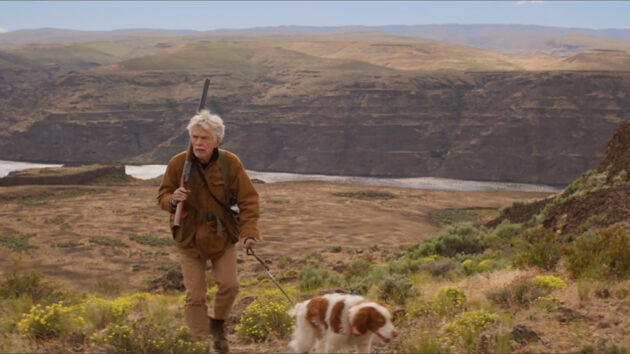 
Throughout his long career as a venture capitalist, Steve Hall has learned plenty about how that business works and what markers are used to define success. In the short time that he has been investing in film projects, Hall is gaining a keen understanding of the differences between making movies and making tech dollars.

Hall is the main investor and lead executive producer of East of the Mountains, which premiered (virtually) at the Seattle International Film Festival last week and runs through Sunday. The film is based on the best-selling novel by David Guterson, who also wrote Snow Falling on Cedars, and was shot in Washington state. The author and Hall are friends who both live on Bainbridge Island.

Hall is a venture partner at Vulcan Capital, the investment arm started by the late Microsoft co-founder Paul Allen. Hall also sits on the boards of the Allen Institute and the Allen Institute for AI. GeekWire previously connected with the father and musician when he made a viral cover of the onetime grunge hit Hunger Strike by Temple of the Dog.

We caught up again to talk about making movies, the challenges of the pandemic, theaters vs. streaming, and his attraction to NFTs.

Tech investing and film investing: Hall said that with tech, youre always competing with other investors, against other startups, to hire talent, to exit, and more. He called it a very cutthroat, long journey thats highly competitive.

With filmmaking, the success is, Did you make the film? Did it get done? Period. Youre not trying to say, Is it better than yours? or Did it make more money? or whatever. Any creative endeavor, its the satisfaction of actually having completed it for its own purpose. And thats a very different form of gratification than investing where you either make money or you didnt.

I am so accustomed to things moving super fast and using the latest and greatest. This is no knock on the film industry, but its still being done the way it was being done a long time ago.

But Hall said that just because you invest in a film by no means does that mean you are actually going to complete it. The obstacles are plentiful. Fundraising is a constant issue and the availability of people and timeframes of those people is a challenge.

Hall also thinks the movie industry as a whole could maybe use a reboot.

I am so accustomed to things moving super fast and using the latest and greatest, you know, software as a service or cloud infrastructure things that keep getting more and more efficient so that you get more bang for your buck, Hall said. And this is no knock on the film industry, but its still being done the way it was being done a long time ago.

Whether its truck drivers, unions, SAG fees, logistics, catering, housing staff and crew, getting people to locations, getting access to locations and more theres no tech that has made any of that any easier whatsoever, Hall said.

Later in my time with Paul, we started to look for deals that not only could make money, but also kind of have interesting impact particularly in emerging markets, Hall said, adding that Ziplines sucess is pretty rewarding to see.

Return on the dollar: East of the Mountains is definitely an indy film, with a budget that Hall says was in the low single-digit millions.

You want to keep it under $2.5 million to really have a chance of monetizing it, he said. You do all sorts of things you can to be efficient about the capital some of the capitals in the form of donations. We had a very generous grant from Washington state.

Washington Filmworks manages an incentive program to encourage filmmakers to keep their productions in the state. Its not a big industry compared to places like Vancouver, B.C., or Georgia, where major tax incentives lure film and television projects.

We were one of a small handful of films and our budget was modest, so we were able to participate in that. It worked out great for us, but certainly its not at a scale that would catalyze a broader ecosystem, Hall said.

COVID-19 impact: East of the Mountains has been years in the making, with plenty of pre-production, but Seattle director SJ Chiro actually started shooting in June 2019.

We were on track to be done in the spring of 2020, and then COVID hit and theres a whole host of post-production things that got delayed, Hall said, mentioning voiceovers that needed to be completed as well as the films musical score, which was being handled by his composer/producer brother Les Hall. It was during this time that the two connected on Hunger Strike.

COVID did alleviate the rush of applying for film festivals, since they were all canceled.

It almost gave us another year window, to get things wrapped up and be ready to go out, Hall said.

Streaming vs. theaters: Hall is intrigued by the evolving distribution aspect of filmmaking, like the music industry, with a reduction in gatekeepers that gives more people a shot at getting their creative project out into the world. While he says theres no substitute for the big-screen experience, from the outset he always viewed East of the Mountains as headed straight to streaming.

Unless you are a much bigger Hollywood-style budget, theatrical is really not going to be a meaningful component of your strategy, Hal said. Maybe you get on a screen or two for fun in some of the bigger markets, but certainly direct to streaming and distributor relationship is the way to go. Ive always assumed that would be the case and it still is, so Im fine with that.

Playing with NFTs: When hes not keeping an eye on tech or trying his hand at movies, Hall is getting involved with another craze the world of non-fungible tokens, or NFTs, that have taken the tech world by storm.

I got kind of enamored with it in early January, which was pretty early days in the scheme of things. I went pretty heavy into Top Shot with some small bucks and then suddenly the thing just exploded. I just started buying a bunch of basketball moments, Hall said. I own a bunch of rare LeBron James and Zion Williamson [moments] things that people thought I was crazy in early January buying up.

Hall called NFTs an interesting greenfield for investment and said theres a lot of hype and noise around it and there will be a lot of things that dont quite pan out.

For me, its one of the most exciting tech areas Ive seen since probably the mobile phone, he said. 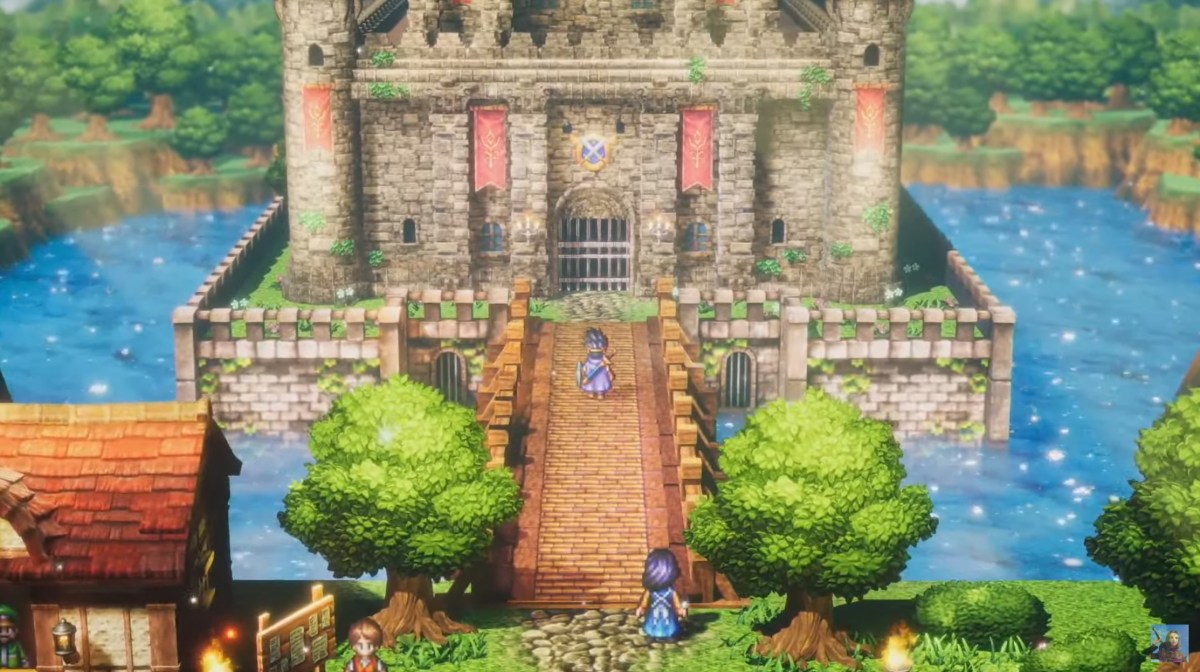 Dragon Quest III is getting a gorgeous remake