Looking for the best laptop under $500 forWindows or Chrome OS (also known as a Chromebook)? The supply of cheap notebooks dried up when it hit parents that their kids weren’t going back to school anytime soon, and we’re past the hump since the height of the initialcoronavirus-induced work-from-home rush, whenPC and accessory sales spiked. But with the grim reality ofunprecedented job losses, the demand for a budget laptop and otherultracheap hardwareremains strong. Though it can also be a perfect time to find seasonal laptop deal bargains.

Here’s a list of laptops available for under $500 that should ship within at least 10 days. Keep in mind, though, that availability and shipping times may depend on where you live. I live in New York, so my recommendations may be based on a best-case scenario.

As a rule of thumb, resist buying out of desperation — don’t spend $500 on a laptop because there are no cheaper ones available, for example. Buying a need-it-now laptop can be like shopping for food while hungry. Even for a laptop, $500 can be a lot of money, and you’ll likely be holding onto it for at least three years, if the statistics Intel and PC manufacturers hurl at us are correct.

You can alsotry to make your current laptop last a little longer. If you just need something to tide you over for a few months, dig into possible places to buy refurbished machines, and explore nonprofit or educational discounts if you’re eligible. Also, if there’s something you really want in a laptop, like a touch screen, backlit keyboard or HDMI port, definitely look for something with that feature. You’ll regret it if you don’t.

If you suspect you’ll be holding onto your new laptop a while, see if you can stretch your budget to buy a slightly more expensive laptop to accommodate a little more memory or a processor with more cores than you were otherwise considering. If you haven’t thought about it, look at AMD Ryzen processors as alternatives to Intel Core.

Even better, if you’re comfortable with it, think about an affordable laptop with a replaceable battery, or upgradable memory, graphics card and storage, or all of the above. Furthermore, you won’t be stuck at home forever. Remember to consider whether having a lighter-weight laptop with good battery life will be important to you in the future.

Read more:Best monitors under $200 you can get right now

You can always add an external drive or two (or five, if you’re me) at some point down the road. But if your internal storage is the type of slow-spinning hard drive that comes in a lot of cheap laptop models, even fast external storage is unlikely to help speed up loading Windows or applications. (You can frequently set a system to boot from an external solid-state drive if necessary.)

You may see references to “Intel Optane” in conjunction with slow (5,400rpm) spinning hard drives; Optane is fast solid-state memory that acts as a temporary storage space for frequently accessed files on the hard drive to speed things up. It helps, but not as much as an SSD drive.

And finally, if you’re replacing an old Windows laptop that’s just not up to running Windows anymore, consider turning it into a Chromebook.

As long as you manage your expectations when it comes to options and specs, you can still get quite a bit from a budget laptop model, including good battery life and a reasonably lightweight laptop body.

A bright spot is you don’t have to settle for a traditional clamshell laptop with a fixed display and keyboard. You can also get a convertible laptop (otherwise known as a two-in-one), which has a screen that flips around to turn the screen into a tablet, to position it for comfortable streaming or to do a presentation. Keep in mind that all convertibles have a touch screen, which is a prerequisite for tablet operation, and many support styluses (aka “pens”) for handwritten and sketched input. Don’t assume a stylus is included with it, though.

One thing you won’t find at these prices: aMacBookor any other Apple laptop. Even aniPad Airtablet will run you more than $500 once you buy the optional keyboard (though if you look for sales on the tablet or keyboard it might work out to less), which is above our budget here. Abase-model iPad with an inexpensive Bluetooth keyboard and cheap stand for the iPad might suffice, though.

Read more:Laptop vs. Chromebook: Which portable computer is best in 2021

You’ll see a lot of cheap laptops listed as coming withWindows 10 S, a stripped-down and locked-down version of the operating system intended for use by schools — it only allows you to install applications from the Windows Store, forces you to use Microsoft’s Edge browser and includes a subset of the administrative tools in Windows 10 Pro. You can upgrade to the full version for free, though.

It’s easier to find inexpensiveChromebooksthan Windows laptops, making it one of the most popular categories of budget laptop on the market, though we’re also seeing a lot more Chromebooks in the $500-to-$1,000 range. That’s because Google’s Chrome OS isn’t nearly as power-hungry as Windows (check the specs), so you can get by with a lower-end processor, slower storage and less screen resolution or memory — just a few of the components that make a laptop expensive.

But the flip side is that while Chrome OS isn’t as power-hungry as Windows, Chrome and Google apps are unfortunately more of a memory hog than you’d expect, and if you go too low with the processor or skimp on memory, the system will still feel slow. Chrome OS is also a much different experience than Windows; make sure the applications you need have a Chrome app before making the leap.

Since they’re cloud-first devices, however, you don’t need a lot of storage built in. That also means if you spend most of your time roaming the web, writing, streaming video or playing Android games, they’re a good fit. If you hope to play Android games, make sure you get a touchscreen laptop model.

Read more:Are Chromebooks worth it?: Why I recommended them for most laptop buyers

For a cheap gaming laptop, though, you’ll still have to break the $500 ceiling to support most games. The least expensive budget laptops suitable for a solid gaming performance experience — those with even moderately powerful discrete graphics processors — will run you closer to $700. Here are ourrecommendations if you’re looking for the best gaming laptop.

Although, if you like to live on the bleeding edge, cloud gaming services such as Google Stadiaand Microsoft Xbox Game Pass Ultimate will let you play games on laptops with specs that hit the under-$500 mark.

How to clean your laptop

Specs to keep in mind

While Chromebooks can run Chrome OS-specific and Android apps, some people need the full Windows operating system to run heftier applications, such as video editing suites. With that comes a need for a faster processor with more cores, more memory — 8GB is the bare minimum — and more storage for applications and the operating system itself. A lot of these have 4GB or 6GB, which in conjunction with a spinning hard disk can make for a frustratingly slow Windows experience as well.

Considering all specs and options — battery life, storage space, screen resolution, screen size, core processor performance and general machine and battery performance — these are a few of our top picks for 2021’s best Windows laptops and Chromebooks under the $500 budget, along with their pros and cons.

This Lenovo IdeaPad is essentially a Chrome version of the firstMicrosoft Surface Go. Like the Go, the Lenovo Chromebook Duet is a 10-inch tablet with a detachable keyboard and touchpad. Unlike Microsoft, though, Lenovo includes the keyboard. This Lenovo laptop also costs much less than the Microsoft Surface Go (includingthe Microsoft Surface Go 2), starting at $249 for a 64GB version or $299 for one with 128GB of storage. The Lenovo IdeaPad is essentially a smaller, albeit less powerful,Pixel Slatethat makes more sense for more people with a price that’s more in line with what people expect a Chromebook to cost.

The screen is small, however, so if you’re regularly using it at a desk, we recommend attaching an external monitor to its USB-C port. You’ll probably want to connect a wireless keyboard and mouse, too.

The price can vary quite a bit, so if you see it at an uninflated price (under $300) and you want it, don’t wait.

The 2019 Acer Aspire 5 15-inch clamshell includes the latest-generation AMD Ryzen 3 processor, the 3200U, with its modern Vega graphics processing. It also features a USB 3.1 Gen 1 port, 2 2.0 USB port options and HDMI port. The 4GB RAM and 128GB solid-state drive storage don’t allow you to have many programs or lots of browser tabs open simultaneously, but this Acer Aspire 15-inch-screen model does weigh less than 4 pounds. Subsequent models have replaced it but, this one keeps hanging in there.

This Lenovo laptop is somewhat small, with a 13-inch, full HD display, but the Flex 5 delivers convertible laptop convenience as well as excellent performance and battery life for the money thanks to an Intel Core i3-10110U processor, 4GB memory and 64GB SSD storage. The Lenovo Flex is not a great choice for outdoor use, since the display is pretty dim.

This is a pretty straightforward 15-inch Samsung Chromebook equipped with a Celeron N4000, 4GB RAM and 32GB storage (plus an extra 32GB via an SD card). There are less expensive laptop versions of the Samsung Chromebook at the same link starting at $390, but they’re all 11-inch models, so unless it’s for a small kid or a small space, I’d hesitate to get one of those.

Amazon currently offers an older Core i3 8GB model for about $435, a reasonable price for a Windows laptop with an Intel Core processor. You’ll also see listings with 4GB RAM, but that’s way too little memory for Windows, which barely gets by on 8GB. Don’t confuse it with the thinner, lighter, more expensive Asus VivoBook S15.

Newer models are on their way — not quite in stock yet — and there’s a 2020 Asus VivoBook model that just squeaks in under $500, but it’s got a higher-end Ryzen 5 processor and more storage. You can check the stock at B&H if you’re interested.

If you’d rather have a wider screen instead of the taller one of a 13-inch model, this HP is the way to go. It’s a bit wider than a premium 13.3-inch model, but that extra width makes it easier to work in two windows side by side. The two-in-one design means you can use it as a tablet (though it’s a bit heavy to use handheld) or tent it and connect an external keyboard and mouse and use it as a small all-in-one computer.

In our testing, the Core i3 processor and 8GB of memory kept it running smoothly even with a couple dozen tabs open and streaming video in the background. And it has a long battery life to boot, lasting 10 hours, 40 minutes in our tests.

These laptops’ prices tend to fluctuate just around the $500 mark, occasionally dropping below it.

HP’s higher-end mainstream two-in-one is at the top of the range, but this HP laptop has a surprisingly nice configuration for the money. You get a 10th-gen Intel Core i3 processor, 8GB RAM and 128GB SSD, as well as the convenience of a convertible and the better construction of the Pavilion line. The display isn’t real HD, but at 14 inches that shouldn’t be a big problem. Geriatric millennials: What are they? Are you one? 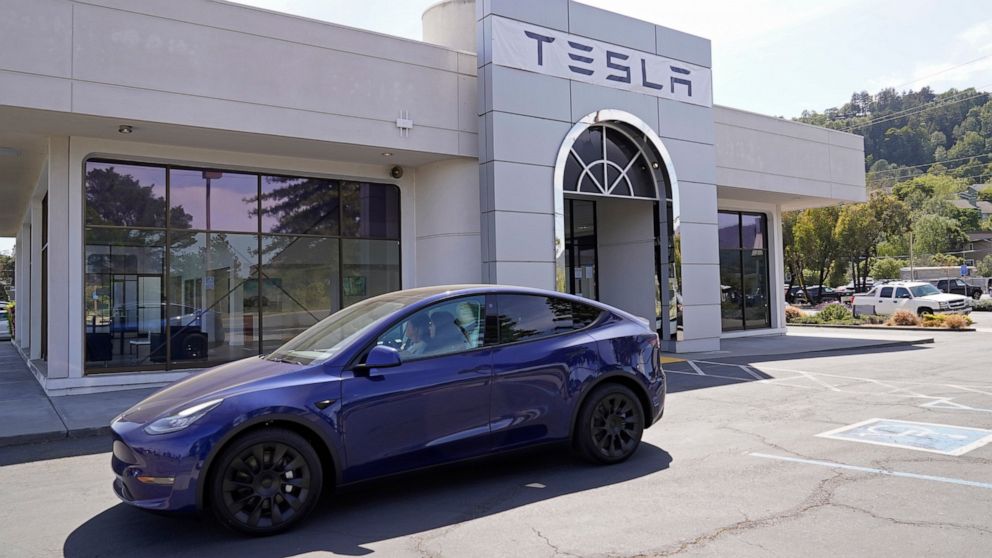 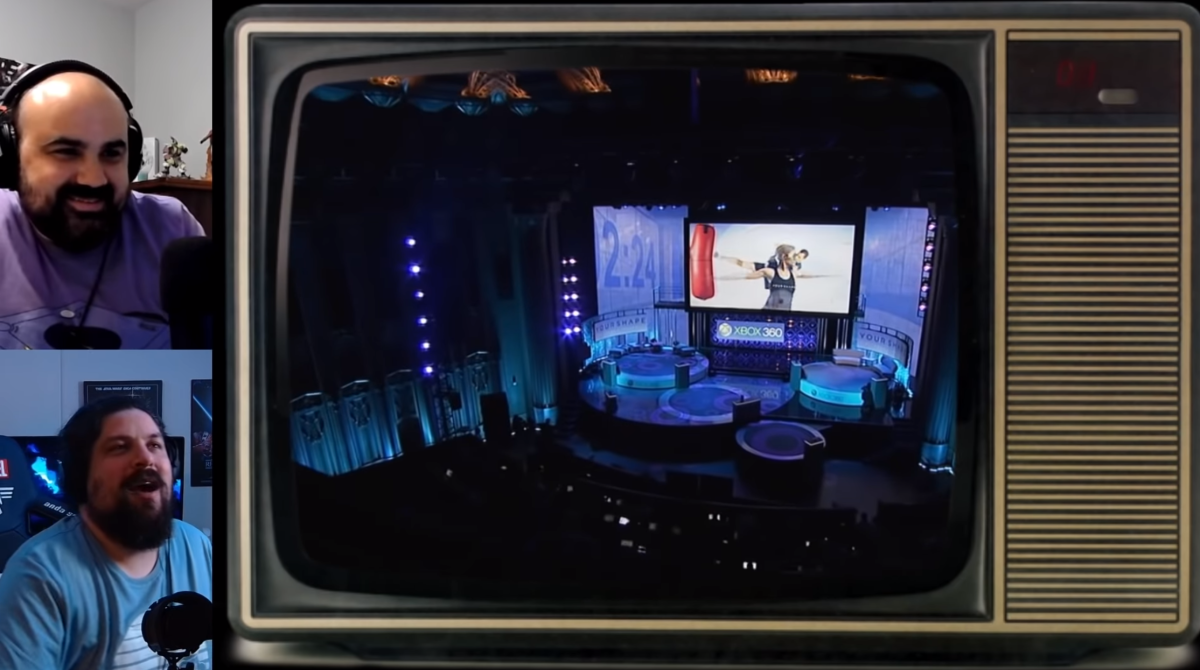