In mid-January, U.S. intelligence analysts began quietly notifying local police departments about a host new violent, criminal threats surfacing in the wake of the Capitol riot. At only number six on their list, the analysts warned that voices emanating from one of the internets most malignant choruses had begun calling for the murders of politicians and their families.

Demands for swift reprisals following the failed Jan. 6 coup resounded across a network of prominent Telegram channels manned by an amalgam of neo-Nazis, anti-government belligerents, and conspiracy-theory hawkersa veritable open pit of genocidal fanaticism, where names like Adolf Hitler and Anders Breivik are spoken in reverent tones. Amid the usual xenophobic bellyaching, something more deadly arose from the crowd and grasped the attention of Homeland Security agents: calls for the most fanatical members to launch suicidal attacks on Democratic politicians and Republican counterparts deemed traitorous to the cause. Likewise, any cops getting in the way were deemed suitable targets.

The massacres, they were told, should be livestreamed. Those who fell in the attacks would be Saints.

On Jan. 15, nine days after the fatal assault on the Capitol, analysts at one of Floridas three intelligence fusion centers issued their first bulletin of the year highlighting violent extremist content. The Violent Extremist Snapshot served to notify police in Central Florida of online posts by far-right extremists abetting real-world violence and crime. High on their list were the calls for political assassinations coming from white supremacists, neo-fascists, and other racially-motivated extremists.

Internal law enforcement reports, first reviewed by Gizmodo, reveal Homeland Security agents working closely with state and local agencies in the days following the Capitol siege. Intelligence gatherers at the agencys dozens of fusion centers across the country had also monitored calls for violent action ahead of the event, though Washington had all but ignored the signs. In the days after, analysts were closely monitoring news about the mass migration of extremists to alternative platforms, as well as a flurry of calls to hunt down politicians in their home states, to loot and burn their houses, and to sabotage and set fire to major retail businesses viewed aligned with Jewish interests.

Obtained by record-seekers at the transparency group Property of the People, the reports originated from a Florida-based fusion center, one of the dozens of federally-funded counterterrorism offices that share intelligence with police agencies at the state and local levels. Information gleaned from social media is often shared with local departments, but only (in policy) when analysts on Domestic Violent Extremist (DVE) desks cross rhetoric viewed as inciteful to violence and criminal acts.

Typically, the reports are read solely by personnel with a valid need-to-know. And while not classified, they are intended FOR OFFICIAL USE ONLY. Bolded notices on top sheets instruct readers to withhold the reports intelligence from the public and the media. Attempts to obtain such documents through public records requests often end with journalists getting pages that are entirely blacked out. But Property of the People, a small cadre of information activists and legal experts, has learned to navigate the nations oft-infuriating patchwork of open records statutes, exposing government pursuits that rarely see daylight.

Across a swath of Telegram channels known widely as Terrorgram, diehard fundamentalists, self-proclaimed chauvinists, and maniacal flag-waivers come together with the occasional religious zealot to marinate in their collective insecurities. By and large, most of this extremist enclave has moved beyond its support for Donald Trumpand indeed, many had long viewed him as a feckless political tool, incapable of igniting the race war theyve long promised. But the furor of the accelerationists was seemingly intensified by the Capitol coup and their frustration with its defeat.

Calls to martyr themselves swiftly followed.

In one post, subscribers of the channel were told that they were the new jihadi john and that like Jihadi John, they would need a rifle, a camera and fanaticism, analysts wrote in one report, referring to the nickname of a notorious Islamic State militantknown mostly for beheading hostages in propagandized snuff films.

Unlike the ISIS terrorist, who was killed in a U.S. drone strike in Syria in 2015, Terrorgram users were promised that their actions would lead to victory and that they would have even greater impact courtesy of their ability to livestream. Those killed in action were promised a place on the Saints leaderboard, an apparent coupling of a video game reference and a vague nod to Christian martyrdom.

The reports refer to these subjects primarily as White Racially or Ethnically Motivated Extremists, or WRMVEs. Although this official designation is rarely if ever used publiclyand is likely a newer addition to the governments domestic terror thesaurusreferences to WRMVEs have been featured in multiple intelligence community reports this year alone. Its specificity is more acute than Domestic Violent Extremists (DVE), but would seemingly encompass more threats than White Supremacist Extremists (WSE), a term more commonly found in recent national security texts.

It was suggested that the Mayor be killed on livestream.

It was suggested that the Mayor be killed on livestream, the intelligence agents wrote of another surveilled discussion involving a user based in a Democratic Midwest town. If the Sheriff tries to get involved, it was suggested that he/she be killed as well. A Republican mayor would also suffice, they said, if they were deemed traitorous to the cause.

The reports do not delve into why Republican politicians might have been painted as traitors, but in the timeframe encompassing the January insurrection, the term was lobbed frequently at Republicans who refused to endorse conspiracies of electoral fraud. Those who publicly acknowledged President Joe Bidens electoral victory, such as Sen. Mitt Romney or Rep. Denver Riggleman, have been frequently derided as traitors by the former presidents zealous supporters.

For over a century, U.S. intelligence and law enforcement has targeted even mild leftist dissent as terrorism, while simultaneously ignoring and even assisting genuinely violent actors on the far-right, Ryan Shapiro, executive director of Property of the People, told Gizmodo. This has resulted in the brutal suppression of progressive movements and the rampant spread of murderous fascists menacing the nation today.

Telegram, an encrypted chat app that boasts over 500 million monthly active users, is considered by experts in online extremism to be a veritable safe haven for violent right-wing ideologies. According to the Atlantic Councils Digital Forensic Research Lab, the app has witnessed an influx in recent years of public channels explicitly aligned with far-right terror groups. In one recent case, a British teenagersaid to be part of a Telegram group that idolized Hitler and the terrorists behind the 2019 Christchurch massacrewas charged in January with circulating a notorious neo-Nazi handbook encouraging assassinations of Jews and people of color and offering detailed instructions on the construction of improvised weapons and explosives.

The stated goal of the manual is to topple democratic governments and incite an open race war.

Since 2015, white supremacists in the West have carried out at least 26 lethal attacks killing more than 141 people, according to a U.S. intelligence report made public last week. Of particular concern are white supremacists and anti-government extremists, such as militia groups and so-called sovereign citizens interested in plotting attacks against government, racial, religious, and political targets in the United States, writes START, the National Consortium for the Study of Terrorism and Responses to Terrorism.

According to the Global Terrorism Index, attacks by right-wing terrorists increased by an astounding 320% between 2014 and 2019.

Biden administration officials have recently signaled their intent to commit greater resources to the fight against racially or ethnically motivated violent extremists. Intelligence officials seeing new levels of cooperation among hate groups crossing geographical borders told Congress last month that violent extremists promoting the superiority of the white race now have the most persistent and concerning transnational collections of all classes of domestic threats.

The focus on violent white supremacists would mark a significant policy shift, particularly from the Trump years, which saw diminishing support for programs countering a superior threat, in favor of more politically advantageous ones aimed at immigrants and Muslims. In 2018, far-right terrorist attacks more than doubled those committed by Islamic extremists in the West, according to START. Yet that same year, Trump outlined his administrations counterintelligence strategy, never mentioning the word white, except in reference to the presidents home. Islam, conversely, made 25 appearances.

Lastly, the United States has long faced a persistent security threat from domestic terrorists who are not motivated by a radical Islamist ideology but are instead motivated by other forms of violent extremism, the document finally says, in a final paragraphlisting racially motivated extremists next to animal-rights and environmental activists. 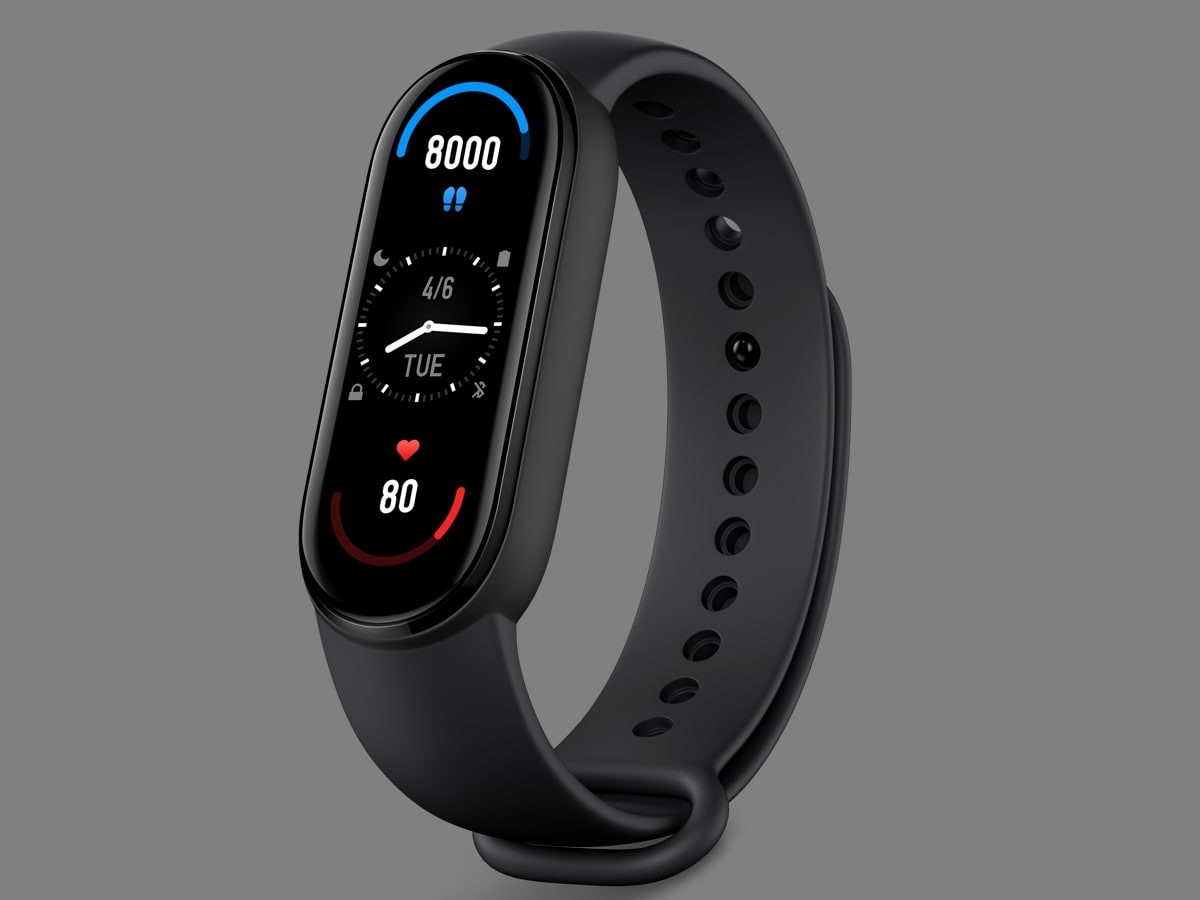