After weeks of speculation, we know that Apples first big product event of 2021 will be on Tuesday, April 20. (Thanks, Siri!) What could Apple possibly have to launch after hosting not one, not two, but three events this past fall? Well, a lot actuallybut save your iBong jokes, its most definitely not anything related to the date itself. Heres what you can actually expect to see next week.

The Apple rumor mill has been buzzing about new iPads for weeks, and its almost a given that well see a new 11-inch and 12.9-inch iPad Pro. Also, Apple is never too coy with its event names. The Spring Loaded in the event name could very well be a reference to the Apple Pencil.

Last month, Bloomberg reported that the new iPads would likely have upgraded cameras and a new processor on par with the M1 chip Apple introduced with its latest MacBooks last fall. The 12.9-inch Pro is expected to feature a miniLED screen, which could improve brightness and contrast at a lower cost. Both Pro models are also expected to have a Thunderbolt port.

Dont expect anything too radical, though. Bloombergs resident Apple prognosticator Mark Gurman said in a recent interview that these updates would be iterative and nothing too mind-blowing would be on deck. Also, even if Apple launches these iPad Pros on Tuesday, that may not mean theyll be immediately available. There have been reports that miniLED supply chain issues could mean a delayed launch, much like how the iPhone 12 lineup came out a bit later than usual last year.

AirTags, Apples answer to Bluetooth trackers like Tile and Chipolo, may be one of the worst-kept secrets ever. Weve been hearing about these gadgets since at least 2019, but theres good reason to believe that the time has finally come.

For starters, Apples been slipping its U1 ultra-wideband chip into its latest devices, including the iPhones 11 and 12, the HomePod Mini, and the Apple Watch Series 6. Its thought that the U1 chip is meant to bolster the Find My platform, so this is further evidence that Apples been laying the groundwork for AirTags for some time. The other half of the equation is that in the last two weeks, Apple has boosted third-party support for its Find My network. This is huge, because its the equivalent of Apple waving a big flag that says: Hey Partners! Weve Got Big Stuff Coming Soon, So Get Ready! If AirTags are a no-show, that roar you hear in the distance will likely be the anguished scream of tech journalists the world over.

A Long Overdue Redesign for the iMac

Given that Apple last refreshed the iMac design in 2012, now is the perfect time to visually distinguish the Apple Silicon iMacs from their Intel predecessors. Another tell-tale sign is that Apple also recently discontinued multiple iMac configurations. Historically, Apple clearing its inventory means a new version of the product is imminent.

The word is that the new iMacs will go big, upping the display size beyond the 21.5– and 27-inch models were all used to. Its likely that the redesign will look similar to Apples Pro Display XDR monitor, meaning a possible 32-inch display, flat back, slimmer bezels, and no more metal chin. Hit-or-miss Apple leaker Jon Prosser has also claimed the new iMacs will come in an array of colors, much like the iPhone 12 lineup. In any case, even if iMacs dont make an appearance Tuesday, you can probably expect to see them sometime this year.

A Slightly New Look for AirPods 3

Were due for some new AirPodsafter all, the AirPods 2 came out over two years ago.Leaked renders suggest the next-gen AirPods will crib the AirPods Pro design, with a shorter stem and a smaller case that supports wireless charging. Theyre also thought to support touch control. However, dont count on active noise cancellation or adaptive EQ. Theyre taking inspiration from the AirPods Pro, not replacing them completely.

While the AirPods 3 are expected this year, theres also a chance we wont see them Tuesday. Were in the midst of a global chip shortage thats wreaking havoc on consumer electronics so this is a launch that could very well be delayed.

The Apple TV is another gadget thats in line for a refresh, because its been nearly four years since the fifth-gen Apple TV launched in 2017. Apple is going hard on its original TV+ programming lineup, so it stands to reason it might want people to watch it on an upgraded streaming box that can better support newer TVs and upcoming formats. (Cough, 8K, cough cough). Since 2017, Apples also introduced Apple Arcade and Fitness+, two services that might benefit from hardware upgrades for users who want to game or work out on the biggest screen possible. Another sign that a new Apple TV might be imminent is the fact that the tvOS 14.5 beta features code that refers to an updated Apple TV remote. Why release a new remote… without a new Apple TV?

These are compelling reasons why an Apple TV could make an appearance next week but maybe temper your hopes. Theres less concrete evidence for that launch than the other products weve mentioned here. That said, if the Apple TV is a no-go for spring, theres always WWDC 2021.

We wont have to wait long to find out what Apples got in store. As always, the Gizmodo crew will be live-blogging the event, so be sure to tune in nextTuesday at 10 a.m. PDT/1 p.m. EDT. 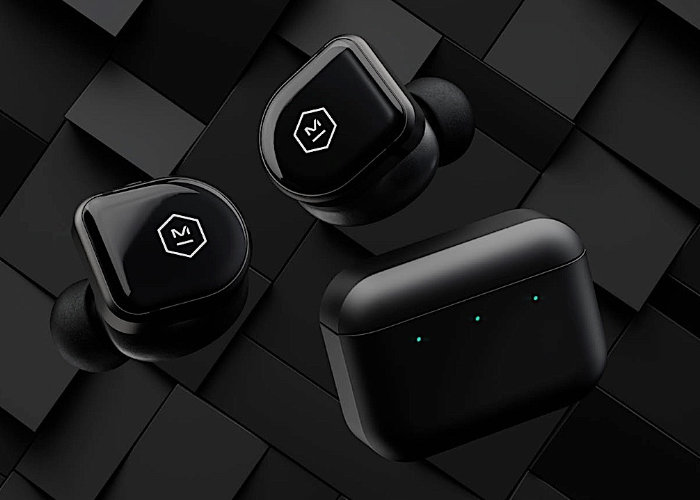