Apple more or less invented podcasting. Now its finally going to try to make money from it: The company plans to start selling subscriptions to podcasts and keeping a slice of each transaction for itself.

Apple CEO Tim Cook briefly mentioned plans to roll out a subscription feature during the companys keynote event Tuesday, without offering more details. But a person familiar with Apples plans has spelled it out to Recode:

Apples announcement comes as big tech companies are showing renewed interest in podcasting and audio in general. On Monday, Facebook announced plans to create its own version of Clubhouse, the social chat app, as well as plans to distribute podcasts itself. Spotify has invested $1 billion in podcast shows and tech. Twitter already has its own Clubhouse clone, and, strangely, CEO Jack Dorsey has shelled out $300 million to buy the failed music streaming service Tidal for Square, the payments company he also runs.

We have yet to see much evidence that consumers want to pay for podcasting, though there are some exceptions mostly via Patreon, the company that lets fans pay creators for exclusive podcasts or any other creative content they want to sell. And even if Apple sells a lot of podcasts, its unlikely to make an impact on the companys bottom line: Apples services unit, which includes things like App Store sales and Apple Music, is already huge, and generated $15.8 billion in the last three months of 2020.

Its still a meaningful strategic change for Apple, which more or less introduced podcasts the name is a nod to Apples iconic iPod music players to mainstream audiences in 2005, but until now has never tried to make money from them.

The logic, as Apple executives have told me for several years, was that they didnt think podcasts could be a meaningful business for the company and were happy to let podcast creators distribute their stuff on Apples devices and software for free. Podcasters can still do that, by the way: Apple wont require anyone to charge anything for podcasts.

In a sense, this may be one of the only ways Apple could make a splash in podcasting. Podcasting, for now, is overwhelmingly an ad-supported business (though still a relatively small one: The industry still hasnt cracked $1 billion a year in US ad sales: Facebook, by contrast, reported $84 billion in ad sales in 2020). And though Apple tried out digital advertising years ago, it has since taken on a pro-privacy stance that pretty much means it cant be in the ad business today at least not using the data-centric tactics that marketers now expect in their digital ad buys.

Well get a better sense of how the podcast landscape will change in the near future. Facebook has promised to provide more information about its podcast plans later this week. And Spotify, which has already teased plans to offer subscription options, will be talking about that more later this month, according to someone familiar with the companys plans. 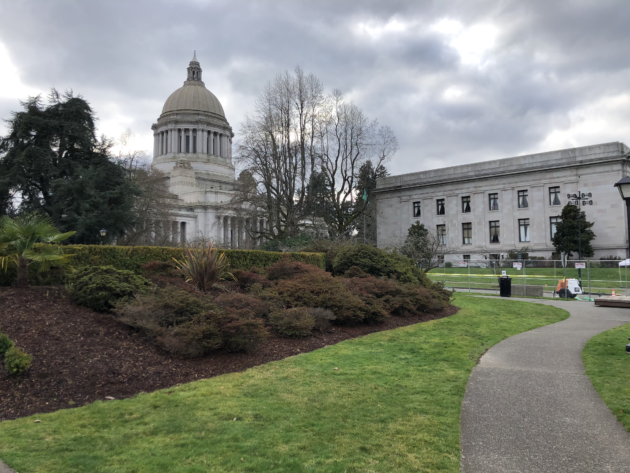 Washington state capital gains tax marches on: Here’s what the new law will do, and who is affected

How to Connect to McDonald’s Free Wi-Fi