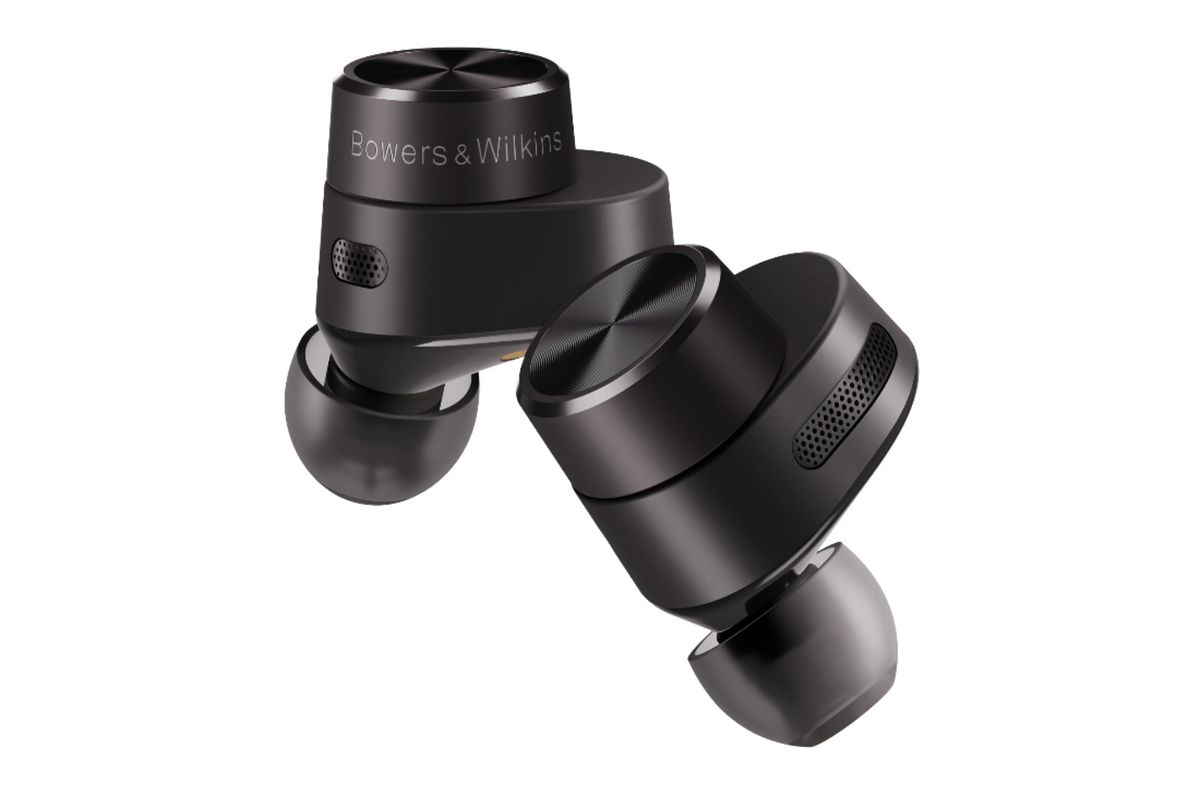 
Bowers and Wilkins debut pair of noise cancelling true wireless earbuds, the PI7, fix one of the key annoyances with the form-factor its usable with in-flight entertainment systems because the case doubles as an audio transmitter. Plug the case into an audio source using an included 3.5mm to USB-C cable and it will retransmit the audio wirelessly to the earbuds. Alongside it, Bowers and Wilkins has also announced the cheaper PI5 true wireless headphones, which also offer noise-cancellation.

Bowers and Wilkins claims the PI7s transmitting case is an industry first, and its certainly the first time weve heard of such a feature. In contrast, trying to use other popular true wireless earbuds like the AirPods Pro with a planes built-in entertainment system requires a third-party dongle. Of course, the PI7s transmitting case should also work with any other non-Bluetooth devices you own, like an old iPod.

Beyond the PI7s fancy case, it offers a fairly standard set of features for a pair of true wireless headphones. The earbuds are noise cancelling, and are equipped with six microphones in total for calls or using voice assistants. It uses the AptX Adaptive standard, which should allow it to dynamically compress audio to maintain a stable connection, and its case can be charged wirelessly. The earbuds themselves have a modest battery life of 4 hours (compared to 4.5 for the AirPods Pro), while the case offers 16 hours more. The buds have an IP54 dust and water resistance rating, so they should survive light splashes and limited amounts of dust.

The cheaper PI5 earbuds also offer noise cancellation and come with a case that can be charged wirelessly, but they only have four microphones total. Theres also no mention of AptX Adaptive just regular AptX and theres no sign of the PI7s audio retransmission case. Battery life for the PI5 appears to be slightly better than the more expensive PI7 however, with the earbuds offering 4.5 hours of playback on a single charge. The case offers 20 hours more. The PI5 also have a dust and water resistance rating of IP54.