When it comes to grappling with the future of quantum computing, enterprises are scrambling to figure just how seriously they should take this new computing architecture. Many executives are trapped between the anxiety of missing the next wave of innovation and the fear of being played for suckers by people overhyping quantums revolutionary potential.

Thats why the approach to quantum by pharmaceutical giant Merck offers a clear-eyed roadmap for other enterprises to follow. The company is taking a cautious but informed approach that includes setting up an internal working group and partnering with quantum startup Seeqc to monitor developments while keeping an open mind.

According to Philipp Harbach, a theoretical chemist who is head of Mercks In Silico Research group, a big part of the challenge remains trying to keep expectations of executives reasonable even as startup funding to quantum soars and the hype continues to mount.

We are not evangelists of quantum computers, Harbach said. But we are also not skeptics. We are just realistic. If you talk to academics, they tell you there is no commercial value. And if you talk to our management, they tell you in 3 years they want a product out of it. So, there are two worlds colliding that are not very compatible. I think thats typical for every hype cycle.

Mercks desire for the dream of quantum computing to become reality is understandable. The fundamental nature of its business biology and chemistry means the company has been building molecular or quantum level models for more than a century.

Part of the role of the In Silico Research group is to develop those models that can solve quantum problems using evolving technologies such as data analytics and AI and applying them to natural sciences to make experimental work less time-consuming.

But those models are always limited and imperfect because they are being calculated on non-quantum platforms that cant fully mimic the complexity of interactions. If someone can build a fully fault-tolerant quantum computer that operates at sufficient scale and cost, Merck could unlock a new generation of efficiencies and scientific breakthroughs.

The quantum computer will be another augmentation to a classical computer, Harbach said. It wont be a replacement, but an augmentation which will tackle some of these problems in a way that we cannot imagine. Hopefully, it will speed them up in a way that the efficacy of the methods we are employing will be boosted.

About 3 years ago, Merck decided it was time to start educating itself about the emerging quantum sector. The companys venture capital arm, M Ventures, began looking within the company for experts who could help it with due diligence as it began to assess quantum startups. That included mapping out the players and the whole value chain of quantum computing, according to Harbach.

That led to the formal creation of the Quantum Computing Task Force, which has roughly 50 members who try to communicate with quantum players large and small as well as peers among Mercks own competition.

We are basically an interest group trying to understand this topic, Harbach said. Thats why we have a quite good overview and understanding on timelines, player possibilities, and applications.

As part of that exploration, M Ventures eventually began investing in quantum-related startups. In April 2020, the venture fund announced a $5 million investment in Seeqc, a New York-based startup that bills itself as the Digital Quantum Computing company.

We thought that it might be good to have partners in the hardware part and in the software part, Harbach said. Seeqc will partner with us within Merck to really work on problems basically as a hardware partner.

Seeqc is developing a hybrid approach that it believes will make quantum computing useful sooner. The idea is to combine classical computing architectures with quantum computing. It does this through its system-on-a-chip design.

This technology was originally developed at Hypres, a semiconductor electronics developer which spun out Seeqc last year. The M Ventures funding for Seeqc followed a previous $6.8 million seed round. Seeqc raised a subsequent round of $22 million last September in a round led by EQT Ventures.

According to Seeqc CEO John Levy, the companys technology allows it to address some of the fundamental challenges facing quantum systems. Despite rapid advancements in recent years, quantum computers remain too unstable to deliver the high-performance computing needed to justify their costs.

Part of the reason for that is that qubits, the unit of quantum computing power, need to be kept at near-freezing temperatures to process. Scaling then becomes costly and difficult because a system operating with thousands of qubits would be immensely complex to manage, in part because of the massive heating issue.

Levy said Seeqc can address that problem by placing classic microchips over a qubit array to stabilize the environment at cryogenic temperatures while maintaining speed and reducing latency. The company uses a single-flux quantum technology that it has developed and that replaces the microwave pulses being used in other quantum systems. As a result, the company says its platform enables quantum computing at about 1/400 of the cost of current systems in development.

We have taken much of the complexity that youve seen in a quantum computer and weve removed almost all of that by building a set of chips that weve designed, Levy said.

Just as important is a philosophical approach Seeqc is taking. Its not building a general-purpose quantum computer. Instead, it plans to build application-specific ones that are tailored specifically to the problems a client is trying to solve. Because Seeqc has its own chip foundry, it can customize its chips to the needs of application developers as they create different algorithms, Levy said.

In that spirit, Mercks Quantum Computing Task Force is working closely with Seeqc to create viable quantum computers that can be used by its various businesses.

Their technology is a key technology to scale a quantum computer, which is actually much more important because it will make quantum computers bigger and cheaper, Harbach said. And this is, of course, essential for the whole market.

For all this activity, Harbachs view of quantums potential remains sober. He sees nothing on the market that will have any commercial impact, certainly not for Merck. At this point, many of the companys questions remain academic.

What we are basically interested in is how or will the quantum computer hardware ever be scalable to a level that it can tackle problems of realistic size to us, Harbach said. And the same question also goes to the software side. Will there ever be algorithms that can basically mimic these problems on a quantum computer efficiently so that they dont run into noise problems? We are not interested in simulating a molecule right now on a quantum computer. Everything we try to understand is about the timelines: What will be possible and when will it possible.

Harbach has watched the rise in quantum startup funding and various milestone announcements but remains dubious of many of these claims.

They are creating a new market where theres not even the technology ready for it, Harbach said. You have to stay realistic. Theres a lot of money at the moment from governments and VCs. Theres a lot of boost from consultancies because they try to sell the consultancy. And if you talk to experts, its the other way around. They tell you not before 15 years.

Quantum will be a thing, definitely, Harbach said. The only question is when, and Im really, really sure it wont be in the next two years. I wouldnt even say three years. There will be a quantum winter. Winter is coming. 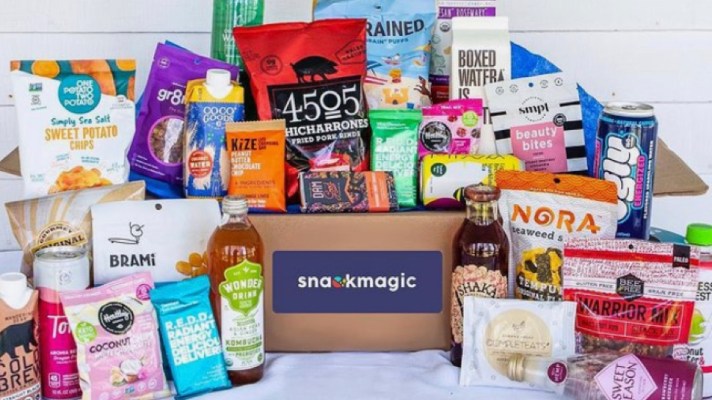