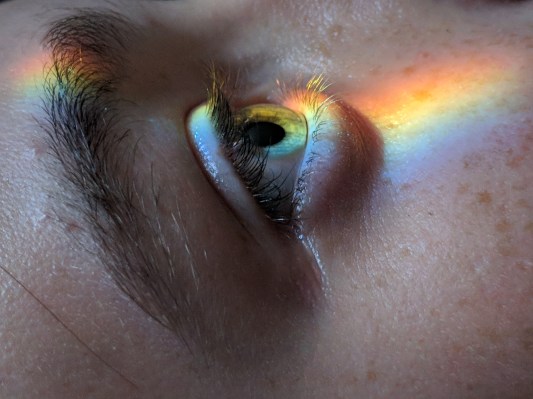 
There’s an old saw from Mark Twain about how truth is stranger than fiction, and I think it’s fair to say we’ve lived through a very strange reality this past year. With all the chaos and change, we’re led to a foundational question: what’s the purpose of speculative fiction and its adjacent genres of science fiction and fantasy when so much of our world seems to already embody the fantastical worlds these works depict?

So I got our occasional fictional columnist Eliot Peperand the author of Veil, the three part Analog Series and other speculative fiction novels on the Gmail for an epistolary conversation on digesting 2020, the meaning of speculative fiction, and the future of art.

This conversation has been lightly edited and condensed.

Danny Crichton: I’m curious about the future of speculative fiction. We just went through a devastating year with the pandemic and a number of major climate disorders the types of events that are among the fodder for this genre. How do you keep speculating when reality always seems to catch up with the amygdala of our imaginations?

Eliot Peper: Current events are a painful reminder that unlike fiction, reality needn’t be plausible. The world is complex and even the wisest of us understand only a tiny sliver of what’s really going on. Nobody knows what comes next. So while it may feel like we’re living in a science fiction novel, that’s because we’vealways beenliving in a science fiction novel. Or maybe speculative fiction is more real than so-calledrealistfiction because the only certainty is that tomorrow will be different from today and from what weexpect.Depicting a world without fundamental change has become fantastical.

As a writer of speculative fiction, I’m an enthusiastic reader of history. And in reading about the past to slake my curiosity and imagine possible futures, I’ve learned that the present is exceedingly contingent, fascinating, and fleeting. For me, speculative fiction is less about prediction than it is about riffing on how the world is changing like a jazz musician might improvise over a standard. Accuracy only happens by mistake. The most interesting rendition wins because it makes people think, dream,feel. And thanks to technologicalleverage, to a greater and greater extent people are inventing the future for better and for worse.

Crichton: So this gets at a challenge that I think blurs the line between realist and speculative fiction and makes these works so hard to categorize. To me, the reality of the pandemic isn’t the black swan that a novel virus could take hold across the planet (after all, pandemics are actually quite common in history), but rather the black swan of the completely shambolic response that we witnessed, one that was not at all well-coordinated.

If I were designing a speculative fiction scenario, I don’t think I could come up with “we develop a cure extremely rapidly thanks to the progress of medical science, but the generalday-to-day response of people is to massively inflate the death totals through their own actions.” When I think speculative, I think spectacular something exceptional, but this particular black swan shows the power of the mundane actions of our lives to influence the course of events.

Peper:Speculative fiction is all about asking “what if?” What if a lone astronaut got stranded on Mars? What if genetic engineers resurrected dinosaurs and stuck them in an amusement park? What if we are all living in a simulation? The question that sparked my latest novel,Veil, is “what if a billionaire hijacked the climate with geoengineering?” These questions are hooks. They capture the imagination and pique curiosity. That’s all well and good, but it’s only a starting point.

To pay off a speculative setup, you need to keep the dominos falling as second-, third-, and fourth-order effects ripple out through the story. Momentum builds. Progressive complications tighten the ratchet. Unexpected reversals fling the reader forward. If an earthquake flattens San Francisco in your story, it’s easy to imagine potential physical consequences: the Bay Bridge collapsing, BART flooding, the power going out, gas leaks, fires, etc. It’s less obvious but at least as important to imagine the potential social consequences: Do people risk their lives to rescue their neighbors or fight over limited emergency supplies? How do the governor and the president respond given their particular personalities, incentives, and constituencies? How might such an event rework the social fabric of the Bay Area? (Also, crucially,where is Dwayne Johnson?)How people respond to events is integral to how events play out.

Published in April 2020, Lawrence Wright’sThe End of Octoberdoes an eerily good job extrapolating the messy, cascading social and political reactions to a global pandemic. Kurt Vonnegut’sGalpagosdepicts an apocalyptic scenario driven by such mundane, shambolic human shortsightedness that it feels nearly absurd enough to be realistic. While some science fiction overindexes technological change, Ada Palmer’s brilliant Terra Ignota series imagines the cultural, political, and sociological aspects of a fictional future with extraordinary rigor. So often, human behavior is the X-factor that transforms and amplifies the impacts of the original scenario,shaping a new world in the process.

This hints at a deeper question though: What is fiction for?

When I write fiction, I am not trying to accurately depict or anticipate reality. I’m trying to create an experience, to take the reader on a journey that is compelling, surprising, and fulfilling. Even though part of the fun might be extrapolating a scenario rooted in a particularly intriguing facet of the real world, success isn’t getting things right. Success is a reader turning pages deep into the night to find out what happens next in a story they can’t put down and won’t soon forget.

Neil Gaiman likes to say that fairy tales aremore than true not because they tell us that dragons exist, but because they tell us that dragons can be beaten. When it comes to speculative fiction, I love stories that reveal a deep emotional truth or illuminate an underlying force shaping the course of history even if they are wildly but entertainingly wrong about literal details. That doesn’t mean that striving for technical accuracy is bad, just that it isn’t always the point. The point might instead be to make you think, to make you feel, to make you imagine how the world might be different.

Crichton: So on that last point, I’m curious how you think about imagination and its power for change. Obviously, art has had a sustained and powerful impacton the imagination of people throughouthistory, and there are often artistic antecedentsto large societal, cultural, and political changes. Part of its power historically though, at least from my perspective, was its rarity and its ability to surprise.

Today, we are just subsumed in imaginative worlds, from video games to movies to streaming televisionshows to books and graphic novels and on and on. If you read time-use studies, Americans are awash in imaginative contexts for potentially a majority of their waking hours. I feel like I’ve been increasingly seeing this gap between the extreme breadth of imagination available in our art, but the extremenarrowness for change in our daily lives. Is that a threat to the ability of art to provoke change? Is speculation still an activity that can lead to action?

Peper: Speculation is part of what it means to be human. Before we make a choice, we imagine the possible consequences. We simulate potential futures in daydreams before committingto them in reality. Our mental projections are often wrong, but they are also often useful. For better and for worse, thought experiment is foundational to our internal lives. This individual dynamic scales to the human collective: Imagining a better future is the first step toward building one.

Art is a vehicle for imagination. A filmmakercodifies their vision in a movie that others can watch and, in watching, exercisetheir respective imaginations sometimes even sparking new creativeendeavors thatspin off into yet more projects that together form what we call culture. Technology has made more movies, books, songs, poems, photos, paintings, comics, podcasts, and games available and accessible to more people than ever before. Imagined worlds are an integral part of the real world as we experience it, layering meaning and possibility onto actual events. We are all interpreting reality for each other all the time, transforming it in the process. The increasing density and intensity of that process is the result of a growing population that is knitting itself together ever more tightly along ever more dimensions.

But technology hasn’t just made new artistic mediums possible and changed the ways in which people make, discover, and experience art. Technology amplifies the impact of human choices. Hippocrates couldn’t have invented an mRNA vaccine, Genghis Khan couldn’t have pressed a button to initiate a nuclear apocalypse, and Odysseus had to build his Trojan Horse out of wood instead of code.

Our tools give us superpowers our ancestors never imagined and the consequences of our decisions scale accordingly. Because technical ingenuity is morally neutral, technological development ratchets up the stakes for timeless questions of human agency what does it mean to live a good life, to contribute to the greater good, to be a good ancestor? This is the moral geography to which artists offer diverse, imperfect, contradictory, and occasionallyinvaluable maps. So in a certain sense, the more technology empowers us, the more we need art.