AirTags let you track nearby or missing items with Apple’s Find My network, which is powered by hundreds of millions of iPhones around the world. So how will Apple prevent someone from slipping an AirTag into your bag and tracking your movements?

AirTags and the Potential for Abuse

AirTags are small, keyring-sized item trackersthat are designed to locate anything from a handbag to a bicycle wherever it is in the world. Apple’s solution works almost identically to competitors like Tile, using low-energy Bluetooth signatures to effectively crowdsource geolocation for your missing gadgets.

This allows you to attach a tag to an item of value in the hope of finding it if it ever goes missing. The tag emits a Bluetooth signature that passing iPhones can detect and relay without exposing any information about either party. You can then use Apple’s Find My app on an iPhone, iPad, or Mac (or the web version at iCloud.com) to see where one of your AirTags was last found.

If you enable Lost Mode, you can choose to share your phone number with anyone who happens to find your item and scan the AirTag. Of course, the tag will also keep relaying its information for as long as it’s powered and within range of Apple devices that can detect it.

Unlike rival services, Apple has a few additional tricks up its sleeve. AirTags have user-replaceable CR2032 batteries, which last around a year and cost very little to replace. The trackers also harness Apple’s huge network of existing devices, with hundreds of millions of iPhones, iPads, and Macs on the lookout for AirTags.

But perhaps most importantly, Apple has built in so-called “anti-stalker” measures that should prevent bad actors from improperly using AirTags to track people. Remember: AirTags are about the size of a large coin, so concealing them in a bag or pocket is a real concern.

Your iPhone Will Alert You to the Presence of Nearby AirTags

An iPhone or iPad is necessary for the best anti-stalking technology that Apple has available. This technology arrived alongside the release of iOS and iPadOS 14.5, and it works by notifying you when your device detects that AirTags are moving with you. When this happens, you will receive a notification on your phone to alert you.

However, exceptions to this rule may apply if:

For example, if you’re on a train and someone has an AirTag on their bag but they’re also within range of that AirTag, you won’t receive the “AirTag Found Moving With You” warning. This isn’t foolproof and could result in some false positives (for example, if a fellow passenger’s iPhone runs out of battery), but it’s a good start.

If you can’t find the AirTag, it will start to emit a sound after a short while to help you locate it.You can use any NFC-enabled smartphone—even an Android phone—to scan an AirTag in your possession. Doing so will land you on an Apple web page with instructions on how to disable the AirTag by removing its battery. You will also have access to the serial number (printed on the device).

If someone scans a mysterious AirTag, they won’t be able to see any identifying information about the owner, but reporting such an incident to authorities could have real repercussions for any stalkers. The serial number is linked to an Apple ID, and Apple will comply with (legitimate) requests from authorities to provide the identity of anyone improperly using AirTags to track someone against their will.

It’s also worth noting that it’s also impossible to repurpose an AirTag that you’ve found by pairing it with your own iPhone. A feature called Pair Lock provides similar functionality to Activation Lock on an iPhone, preventing users from pairing the AirTag without its owner unpairing it from their own Apple ID first.

What If You Don’t Own an iPhone?

If a potential victim doesn’t have an Apple device, they can’t take advantage of the background processes built into iOS 14.5 that are designed to locate rogue AirTags. Fortunately, Android and non-smartphone users aren’t completely out of luck.

When an AirTag is away from its owner for longer than three days, it will emit a sound in the hope that someone will find it. This duration is set by Apple and may be changed in the future via an over-the-air update. It’s not a perfect solution, since someone could be tracked for days without their knowledge (unless they have an iPhone or iPad that can detect AirTags).

Despite this imperfection, it’s a solution that speaks volumes about the types of items that Apple intends AirTags to be used with: those that are normally found in your house or on your person, or that you interact with regularly.

If you happen to find a random AirTag, you can scan it with any NFC-enabled smartphone or tablet to learn more about it, including whether the owner has marked it as lost and how to disable it if you suspect foul play.

Powered by the “Find My” Network

The technology on which Apple’s AirTag is built is nothing new or special. Low-energy Bluetooth beacons have been around for years, but what Apple’s solution brings to the table is a huge network of devices that are actively looking for them.

Given the hundreds of millions of Apple devices in the wild, it’s hard to recommend rival devicesif you use an iPhone. This visibility also presents a new form of privacy risk that requires Apple to take measures to preempt and prevent abuse. Netflix: The 40 best movies to watch this weekend 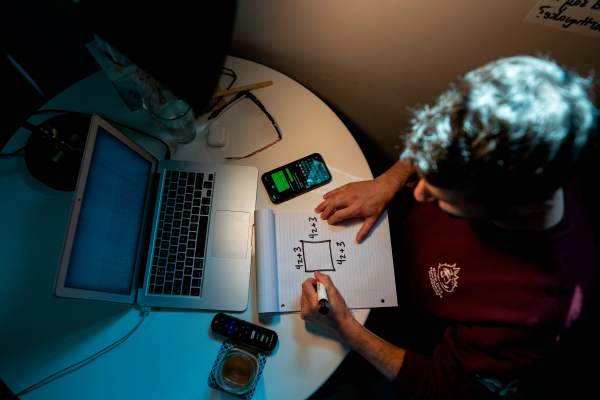