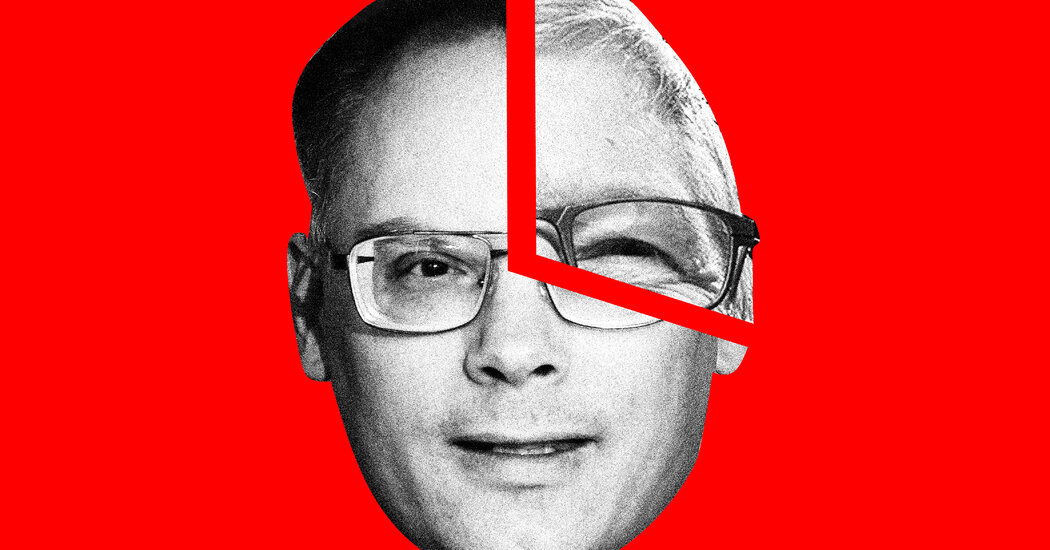 A week later, Mr. Sweeneys game Fortnite delivered good news to players on iPhones: They would get a discount on items in the game if they completed the purchases outside Apples payment systems.

The change violated Apples rules and cut the iPhone maker off from collecting a commission on one of the worlds most popular games. Hours later, Apple kicked Fortnite off the App Store.

Mr. Sweeneys company, Epic Games, immediately sued Apple in federal court. It also began a public-relations broadside that was months in the works, complete with a trending #FreeFortnite hashtag and a parody of Apples iconic 1984 ad depicting Apples chief executive, Tim Cook, as an evil corporate overlord with an apple for a head.

Epics attack was the most direct challenge to Apples power in years, and nine months later, the fight is heading to federal court in Oakland, Calif. On Monday, a trial is scheduled to open with testimony from Mr. Sweeney on why he believes Apple is a monopoly abusing its power.

The trial, which is expected to last about three weeks, carries major implications. If Epic wins, it will upend the economics of the $100 billion app market and create a path for millions of companies and developers to avoid sending up to 30 percent of their app sales to Apple.

An Epic victory would also invigorate the antitrust fight against Apple. Federal and state regulators are scrutinizing Apples control over the App Store, and on Friday, the European Union charged Apple with violating antitrust laws over its app rules and fees. Apple faces two other federal lawsuits about its App Store fees one from developers and one from iPhone owners that are seeking class-action status.

Beating Apple would also bode well for Epics upcoming trial against Google over the same issues on the app store for Android devices. That case is expected to go to trial this year and would be decided by the same federal judge, Yvonne Gonzalez Rogers of the Northern District of California.

If Apple wins, however, it will strengthen its grip over mobile apps and stifle its growing chorus of critics, further empowering a company that is already the worlds most valuable and topped $200 billion in sales over just the past six months.

The trial will center on a legal debate over whether Apple is a monopoly. Epics lawyers have argued that companies need iPhones to reach customers and that Apple unfairly forces app makers to use its payment system and pay its fees.

Apples lawyers have responded that iPhones are merely one way to reach consumers and that Apples fees are in line with industry standards.

Apple probably has the upper hand, legal experts said. Courts are often more sympathetic to defendants in antitrust trials, since companies have a right to choose with whom they do business.

But Epic is arguing that Apple is using its position of power to stifle competition, a legal theory that has worked and overcome that disadvantage, said William Kovacic, a law professor at George Washington University. The Department of Justice made a similar argument against Microsoft in its antitrust suit two decades ago.

The case might come down to one narrow technical question: What is the market these two are fighting over? Epic argues that the case is about iPhones and that Apple has a clear monopoly on them. Apple lawyers insist that the market in question includes all gaming platforms from smartphones to video-game consoles to desktop computers and that Apple hardly has a monopoly there.

The answer will be up to Judge Gonzalez Rogers. And after she decides this case, she is set to hear the next two App Store lawsuits seeking class-action status.

An Apple spokeswoman said in a statement that Apples top executives would show how the App Store had been good for the world. We feel confident the case will prove that Epic purposefully breached its agreement solely to increase its revenues, she said.

Fortnite, a battle royale video game, is the biggest hit of Epics 30 years in business. It got there, in part, because Mr. Sweeney pushed the companies behind the big gaming consoles Microsoft, Sony Group and Nintendo to let players battle each other across different devices, meaning a Microsoft Xbox owner could play a Sony PlayStation owner for the first time.

In 2018, Epic released Fortnite in an iPhone app. In about two years, Epic earned roughly $1 billion from Fortnite and its other iPhone apps. But it had to pay about 30 percent of that to Apple. Epic was paying similar commissions to the gaming-console makers.

Mr. Sweeney has said in interviews and on Twitter that he realized the app store commissions meant that Apple and Google could sometimes profit more on a game than the developers who had made it. He saw an opportunity to challenge the tech giants.

Mr. Sweeney has also said he was OK paying commissions to companies like Microsoft and Nintendo because they sold their gaming consoles at or below cost and depend on the commissions, while Apple earns wide margins on all parts of its business.

Other app makers were also starting to complain about the app stores, but Epic was one of the few with the money, willingness and independence to take on a fight in court. While the Chinese internet giant Tencent bought a large chunk of Epic in 2012, Mr. Sweeney remains the controlling shareholder. Investors recently valued Epic at $29 billion.

But Epic is still tiny compared with Apple. In its latest quarter, Apple averaged about $30 billion in revenue a month.

If we let Apple and Google get away with this, in a few years theyre going to extend that monopoly to exercise a degree of power over people and companies which is completely unprecedented in human history, Mr. Sweeney said in an interview last year.

In 2019, Mr. Sweeney decided to confront Apple. Epic hired the law firm Cravath Swaine & Moore, tapped a public relations consultant, assigned 100 to 200 employees to the project, and created an alliance with other app makers to ensure were not the only voice, according to an Apple court filing. Epic named the effort Project Liberty.

Last June, Mr. Sweeney emailed Mr. Cook and a few of his deputies, asking to release a competing marketplace for games on the iPhone and to use Epics own payment system instead of Apples, enabling it to circumvent Apples 30 percent cut.

Apples lawyers responded, writing that the company wouldnt turn the App Store into a public utility.

Mr. Sweeney dropped the civility in his response. Its a sad state of affairs that Apples senior executives would hand Epics sincere request off to Apples legal team to respond with such a self-righteous and self-serving screed, he wrote to Mr. Cook. We will continue to pursue this, as we have done in the past to address other injustices in our industry.

Three weeks later, Mr. Sweeney sent his forecast for fireworks, according to an Apple court filing.

Since then, lawyers for Epic and Apple have been telling different stories in court filings and to reporters.

Apple has said it developed a world-changing product in the iPhone that led to an economic miracle in mobile apps. Apple has spent billions of dollars developing the iPhone and another $100 million on its App Store, the company said, and charging a commission on app sales is partly how it recoups that investment and keeps apps safe.

Epic has countered that Apples commissions do very little for security. Epic is expected to call witnesses from other companies to testify on their experiences with the App Store, including an executive at Match Group, which makes the dating app Tinder. An executive at Facebook, which is locked in its own feud with Apple, had been scheduled to testify but dropped out.

Apple has accused Epic of looking for a free ride. The game maker has not gone after other companies that distribute Fortnite. Microsoft, Samsung, Sony and Nintendo all charge the same commissions on games, according to a study funded by Apple. That study did not note that Apple popularized the 30 percent rate with the App Store in 2008.

In response, Epic has pointed to the commission it charges in its own marketplace for game developers: 12 percent.

After Epic sued, Apple halved its commission to 15 percent for developers that make less than $1 million on their apps. That new rate applies to about 98 percent of the developers that paid Apples commission, according to estimates from Sensor Tower, an app data firm.

Yet it hardly affected Apples bottom line. According to Sensor Tower, more than 95 percent of Apples app revenues come from companies paying the full 30 percent rate.

The 22 best TV series to binge on Amazon Prime Video 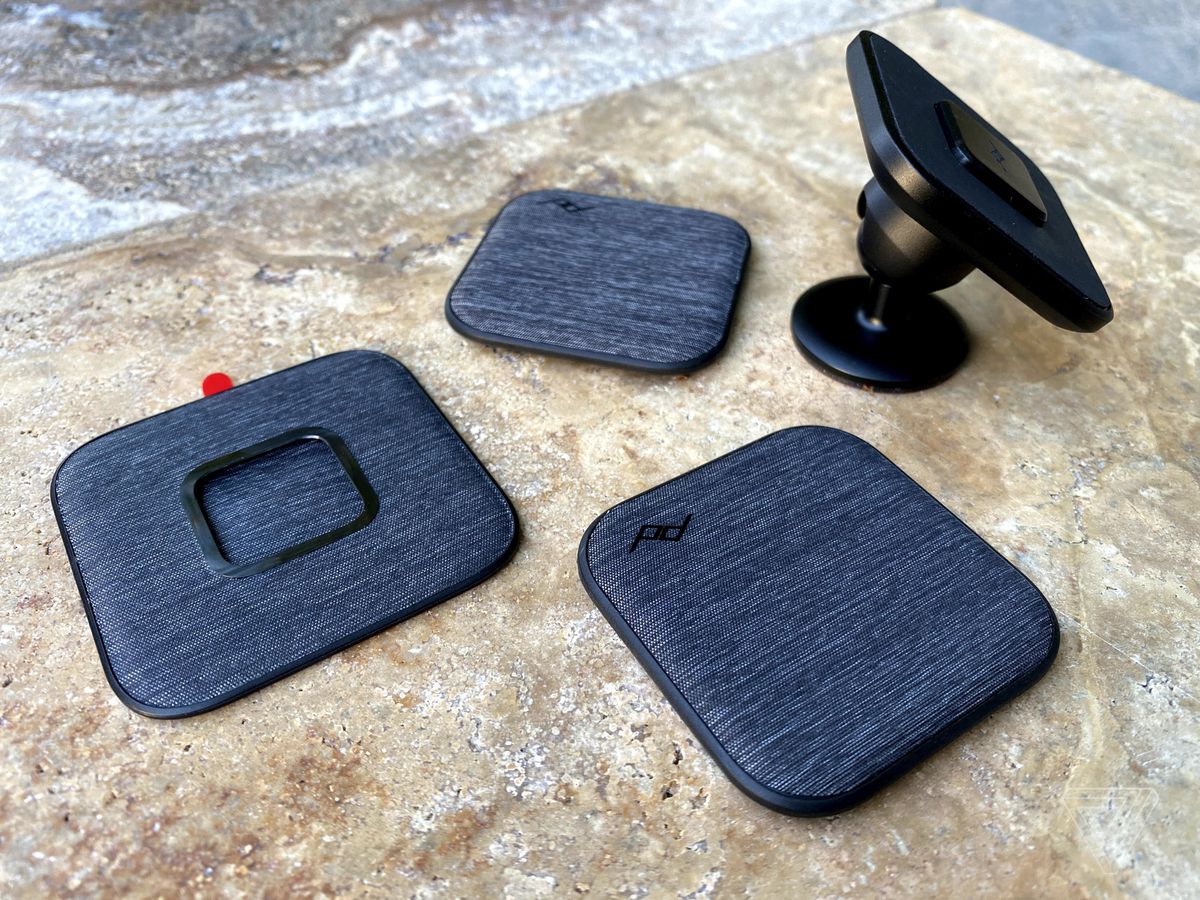 Does a VPN Really Make Your Online Activity Private?