When Josh Hawley was last in the headlines, it was for spearheading the effort to challenge the Electoral College certification of Joe Bidens victory on January 6. The main legal theories behind the objections were specious and contradictory; it was a deeply cynical effort. And in The Tyranny of Big Tech, Hawley has produced a deeply cynical book. The Missouri senator raises valid concerns about the technology industry, and he proposes solutions worth taking seriously. But he embeds these ideas in a broader argument that is so wildly misleading as to call the entire project into question.

Hawleys substantive critiques of Silicon Valley will be familiar to anyone who has watched The Social Dilemma on Netflix: Smartphones are addictive. Behavioral advertising is manipulative. Social media is bad for childrens mental health. The biggest tech companies together spend tens of millions of dollars each year to buy influence in Washington. Facebook, Google, and Twitter wield too much power over communication. And they use it, Hawley says, to discriminate against conservatives. (Likewise Simon & Schuster, the books original publisher, which dropped Hawley after the Capitol riotevidence, Hawley writes, of corporate America trying to silence him. The book eventually found a home with Regnery Publishing, a conservative imprint.)

Where Hawleys book departs from the standard anti-tech treatise is in his attempt to tie the current moment into a grand theory of American political history. In Hawleys telling, people like Mark Zuckerberg and Jeff Bezos are the direct ideological descendants of the original Gilded Age robber barons. Their dominance is the culmination of what he calls corporate liberalism, a philosophy in which, he writes, the state and big business conspire to deny the common man his independence and self-government. According to Hawley, corporate liberalism became entrenched a century ago in both major political parties, and today, Big Tech and Big Government seek to extend their influence over every area of American life.

Buy this book at:

If you buy something using links in our stories, we may earn a commission. This helps support our journalism. Learn more.

And so Hawley spends a large portion of the book recounting these historical roots. The hero of his narrative is Theodore Roosevelt, whom Hawley views as the champion of a small-r republican tradition dating back to the nations founding. He believed that liberty depended on the independence of the common man and on his capacity to share in self-government, Hawley writes. He believed concentrations of wealth and power threatened the peoples control and thus their freedom. Roosevelt established those bona fides by bringing a successful antitrust case against financier J. P. Morgan in 1904. But his republican vision met its tragic demise in the election of 1912, when Roosevelt lost to Democrat Woodrow Wilson, whom Hawley calls the nations first prominent corporate liberal. Where Roosevelt championed the common man, Wilson favored government by corporate aristocratic elites. Once in office, he put an end to the anti-monopoly movement, settling instead for friendly cooperation with big business. This was the Wilsonian settlement, the triumph of corporate liberalism that would dominate Americas politics and political economy for a century and reach its apotheosis with Big Tech, Hawley writes.

Its an interesting story, and Hawley tells it well. The trouble is that it gets almost every important thing wrong. In the 1912 election, it was Roosevelt, not Wilson, who favored cooperation between government and business elites. After the 1904 showdown with Morgan, Roosevelt had decided that good trusts were fine, as long as he got to regulate them. This arrangement was much more palatable to the tycoons. George Perkins, a partner of Morgans at US Steel, was a leader and major funder of Roosevelts Progressive Party during the 1912 campaign. Morgan himself donated more than $4 million in todays dollars to Roosevelts 1904 reelection bid. Hawley does not mention these cozy relationships.

Wilson, on the other hand, was the real anti-monopoly candidate of 1912. His New Freedom platform was heavily influenced by Louis Brandeis, generally considered the godfather of anti-monopolism; as president, Wilson would elevate Brandeis to the Supreme Court (a connection Hawley only briefly acknowledges). To portray Wilson as the pro-corporate candidate, Hawley pulls his words so far out of context that they take on the inverse of their actual meaning. He cites a speech, for example, in which Wilson said, Big business is no doubt to a large extent necessary and natural. But if you follow the footnote, you will find that this is part of an argument against monopolies. What most of us are fighting for is to break up this very partnership between big business and the government, Wilson declared. I take my stand absolutely, where every progressive ought to take his stand, on the proposition that private monopoly is indefensible and intolerable. 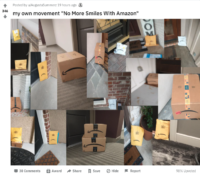 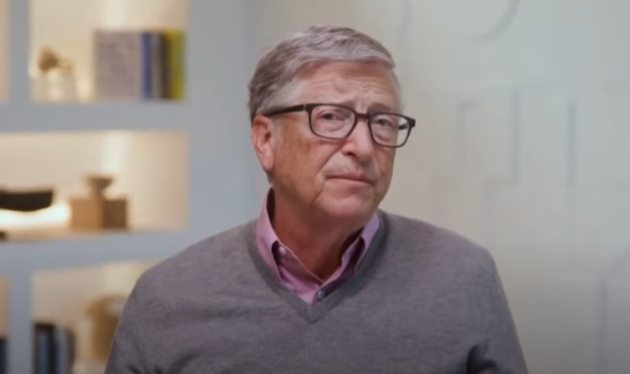 It Began as an AI-Fueled Dungeon Game. It Got Much Darker