(Pocket-lint) – Just how good do you think you are at taking a picture of the night sky? That’s the question thousands asked themselves when they entered the Astronomy Photographer of the Year competition.

The competition is run by the Royal Observatory Greenwich, showcases the best astronomy photos that capture the beautiful and spectacular visions of the cosmos, the vast galaxies millions of light-years away, and the night sky taken much closer to home.

Over the years, thousands of spectacular images have been submitted from over 60 countries across the globe in the competition’s main categories.

Those categories include everything from photographing the sun, the planets, galaxies, the moon, and even aurorae.

There are also two special prizes: The Sir Patrick Moore Prize for Best Newcomer is awarded to the best photo by an amateur astrophotographer who has taken up the hobby in the last year and who has not entered an image into the competition before, and Robotic Scope, acknowledges the best photo taken using one of the increasing number of computer-controlled telescopes at prime observing sites around the world which can be accessed over the internet by members of the public.

The overall winner receives a large cash prize and runners-up get a payout too.

We’re rounding up some of the best images from the last few years for you to enjoy.

NGC3324 aka the Gabriela Misteral Nebula shown on the right here is more known to resemble a face and was named after the Nobel prize winner.

However, to the photographer (Rakibul Syed) it resembles a Ghost guarding the nearby more popular Eta Carina nebula, leading to the title Ghost of Eta

The Milky Way shines over quiver trees at Bet-El Farm in the Northern Cape of South Africa. The photographer used diffused LED lights to illuminate the trees rivalling the glow from the star above.

Taken on the 14th April 2014; the day of the eclipse, in Canyonlands National Park. The moon rose as the sun set, and at the time the image was taken, the moon was just above one of the Buttes in the park.

Light rays emitted by the light house streaking across the night sky are captured by a long exposure (20s).

One of the glasses in the lighthouse creates a red beam, contrasting with the southern part of the Milky Way visible on the left of the photograph.

This image was created from a sequence of the total Solar Eclipse on 20th March 2015.

The image is a composite intended to visualize how the eclipse progresses over two hours and was taken as part of a photo session to capture the total solar eclipse in the Faroe Islands one of the only two populated locations to experience totality. This was the first attempt of Remy and his daughter Rebecca shooting a solar eclipse, which they had prepared for over a year.

The landscape around Convict Lake was well lit by the moonlight as the Lunar eclipse started when the photographer took the image.

He then captured the moon at roughly 8-minute intervals thereafter and merged the sequential images into the original exposure using StarStaX. A second camera was used to test exposure so the main camera could be adjusted as the moon dimmed.

This brilliant photo shows an incredible night’s sky view over a bank of radar dishes designed to monitor radio astronomy. It won the Sir Patrick Moore Prize in 2018 and it’s easy to see why.

2018’s winning photo for the people and space category certainly shows the breathtaking expanse of space as a backdrop to the rocky plains.

A staggering view our sun somehow presented with stunning stark surroundings. Another amazing astronomy photo that’s a real winner. 2018’s winner of the “Our Sun” category in fact.

Taken from just outside Port de Pollenca in Majorca, the photographer set the camera to take images 2 seconds apart to create a timelapse. He then selected 6 images taken 140 seconds apart and stacked them using StarStax to get the effect of the moons just touching. The colour change in the rising moon illustrates a beautiful display of atmospheric Rayleigh scattering.

Taken at the Dark Sky site of the Brecon Beacons, the image shows the Sgwd yr Eira Waterfall in the National Park gleaming under the night sky.

The photographer was able to position his camera on one side of the river, cross behind the waterfall and trigger the camera from the other side of the river using only his phone meaning he could use just the right amount of light to gently illuminate the landscape.

The name Seagull Nebula is sometimes applied by amateur astronomers, although it more accurately includes the neighbouring regions of star clusters, dust clouds and reflection nebulae.

This latter region includes the open clusters NGC 2335 and NGC 2343 and the reflection nebula NGC 2327.

It’s hard not to take a good photo of auroras and the colourful light shows presented by the Northern lights, but saying that might underplay the talent behind an image like this.

This snap by Jingyi Zhang appeared in the people and space category in 2018.

What is the Pocket-lint daily and how do you get it for free?

Lining up all the ingredients for a glacier ice night shoot at the Athasbasca Glacier, in Jasper National Park was exciting enough for the photographer, but when the sky filled with aurora it was all the more exciting.

The aurora showed a wide array of colours and shapes over the Canadian Rockies and lasted several hours, making a dream come true for the photographer.

The Tower and the Milky Way

In Malin Head, Co. Donegal, the Milky Way illuminates the sky above a tall derelict building known locally as “The Tower” that was built in 1805 by the Admiralty, and later used as a Lloyds Signal Station.

This manmade structure looms large on the landscape and yet the photograph shows how insignificant it is backdropped by an infinite number of stars.

The Stars Among Us

Taken in Kirkjufell, Iceland, the photographer was worried that on his first stargazing session in Iceland he would not have the best view of the night sky.

With patience and a little luck after a couple of hours the storm clouds drifted away and revealed the sea of stars behind and took a self-portrait to document his experience.

Good things come to those who wait.

Taken in the Mount Assiniboine Provincial Park in British Columbia, the photographer spent most of his night on the Niblet taking in the breath-taking view.

We enjoy seeing these photos with lone individuals seemingly lost in magnificent views of nature. Even more so at night when the view is so impressive.

The image shows a very faint outer halo of the planetary nebula that could indicate an early ejection period. The faint emission nebula also mixes with background nebulosity in the area.

On the night of October 27th 2014, the aurorae flowed through the sky like cold river at the bottom of the mighty Skogafoss.

In a shallow spot, the photographer placed his 4 cameras with fisheye rigs to shoot a panorama time-lapse for several hours.

A breathtaking display of the aurora in the remote fishing village of Grundarfjrur, on Iceland’s west coast taken at 3am in the morning.

Venus and Mars in conjunction with Moon

Looking at the western evening sky on February 20th 2015, the photographer was aware that dazzling Venus and the red planet Mars had been locked in a celestial embrace over the previous few nights.

When a young crescent Moon muscled in on the planetary dance it provided him with a compelling photographic opportunity. He experimented with exposures until he had adequately exposed earthshine on the night time side of the Moon.

This image was the winner of the Stars and Nebulae category of the Astronomy Photographer of the Year competition and it’s easy to see why.

What looks like an angry view of the universe and the elements that create the space we live in.

Some of these photographs are inspired by real events. In this case, Qiqige Zhao set about creating an image as a celebration of the anniversary of the Apollo 11 Mission.

The homage is a magnificent one as well. This image was one of those shortlisted in the Insight Investment Astronomy Photographer of the Year 2020 Young Competition category. 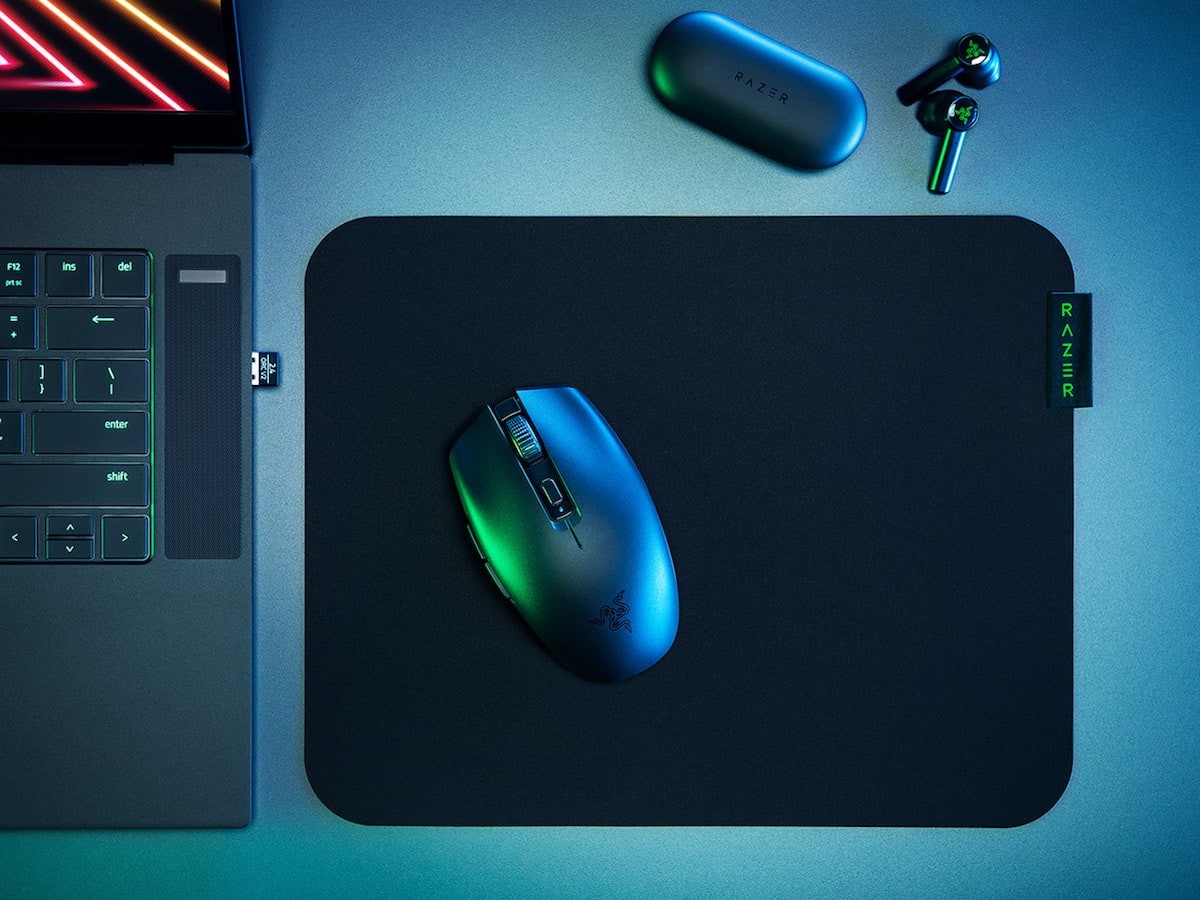 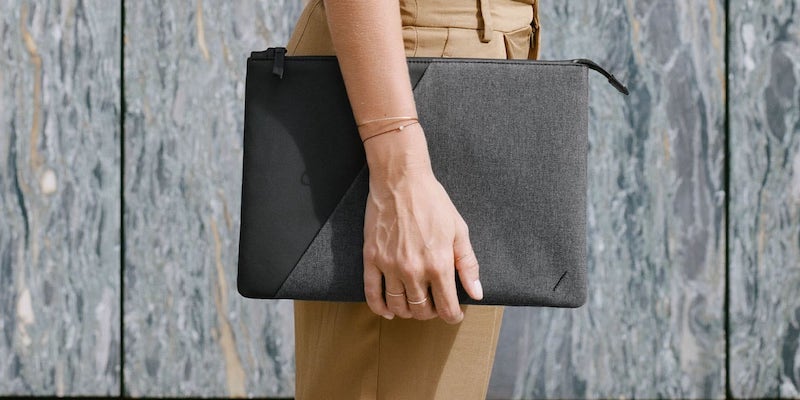 10 of the best MacBook Pro cases and covers