The Polestar 2 EV can now use your smartphone as a Digital Key, replacing the wireless key fob to unlock and start the car. An over-the-air (OTA) update for the vehicle and an updated version of the Polestar app are required to make use of the beta functionality.

Polestar isn’t the first automaker to replace the key with your phone. Lincoln has its aptly named Phone As A Key feature; Audi’s Mobile Key is available in certain markets; and Hyundai’s nigh identical feature is also called Digital Key. Apple announced the iPhone and iOS 14’s ability to accommodate virtual car keys last year, starting with the BMW 5 Series. And, of course, there’s the Tesla.

The Polestar 2’s Digital Key feature makes use of 18 Bluetooth sensors in and around the vehicle’s interior and exterior to detect the owner’s smartphone running the Polestar app. An encrypted handshake enables the vehicle and the device to authenticate and communicate and allows the vehicle to accurately detect the position of the phone.

When an authorized phone is within about an arm’s reach of the car, the user is able to unlock the doors, tailgate or the charging door just by reaching out and grabbing a handle. This all happens automatically while the phone is in the user’s pocket, pack or purse. Once the Polestar 2 detects that the car is inside of the cabin, the EV can be started and driven away.

Polestar says that its Digital Key is even more secure than the traditional fob. Not using standard radio frequency, adding encryption and the physical range requirement protect the vehicle against, for example, relay attacks where a thief clones and remotely repeats radio identifiers of the wireless fob to gain access to a vehicle.

In addition to the Digital Key beta framework, the Polestar mobile app has gained a bit more functionality when away from the Polestar 2. The app can now display the EV’s battery and range status, remotely activate climate preconditioning and lock and unlock the doors.

The OTA update to the vehicle itself also rolls in a few new features and fixes, including new battery pre-heating measures to improve range, an update to the way distance to empty is presented and tweaks to the wireless phone charger to accommodate phones with “additional magnetic elements” — most likely, those in the iPhone’s new MagSafe charger. And no changelog would be complete without vague “bug fixes and stability improvements.”

Polestar 2 owners should start looking for the Digital Key OTA and app updates to begin rolling out on May 3, 2021. Polestar says that more functionality will be added in future updates to the app and the vehicle. E3 says Nintendo, Xbox among those committed to its free June virtual event

The 39 best movies to see on Netflix 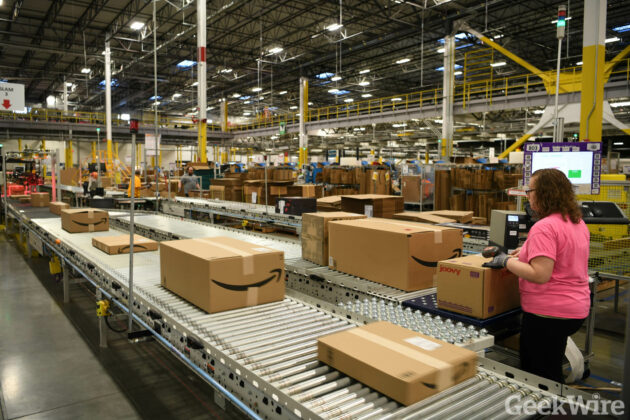