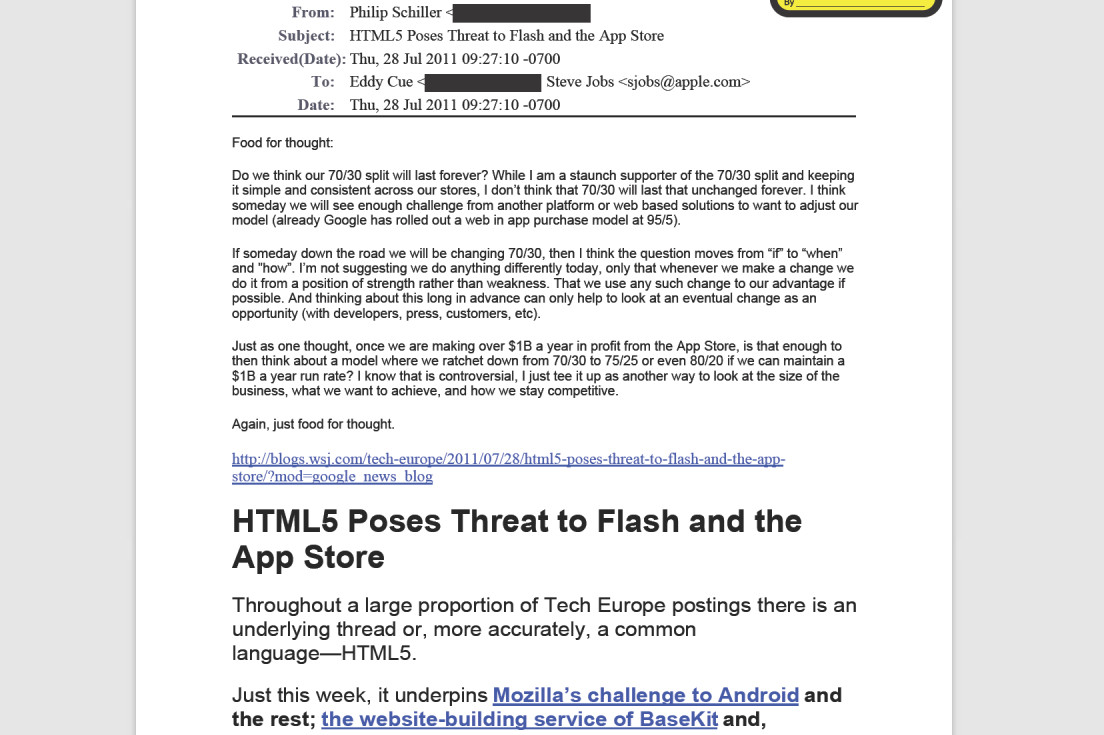 
Phil Schiller, the Apple executive in charge of the App Store, raised the possibility of the company cutting its 30 percent commission rate to 25 or even 20 percent back in 2011 in response to competition. Schiller floated the idea in an email to then Apple CEO Steve Jobs and head of Apple services Eddy Cue. The email has been made public as part of the companys legal battle with Epic Games. Bloomberg was first to report on the email exchange.

Do we think our 70/30 split will last forever? Schillers email begins. I think someday we will see enough challenge from another platform or web based solutions to want to adjust our model. Schiller goes on to suggest that if Apple were to ever change its fee structure, that it should do so from a position of strength rather than weakness and floats the idea of Apple dropping its commission rate once the App Store is generating over $1 billion in annual profit.

I know that this is controversial, I just tee it up as another way to look at the size of the business, what we want to achieve, and how we stay competitive, Schiller wrote. Just food for thought. Attached to the email is a Wall Street Journal article from 2011 which discussed the possibility of developers using web apps to bypass Apples App Store fees.

Apples 30 percent commission on many in-app purchases is central to its legal battle with Epic Games, which has accused the App Store tied to iPhones and iPads of being a monopoly. Epic is required to use Apples payment method for in-app purchases within Fortnite (and hence pay a 30 percent commission), and it was the companys switch to offering its own in-app payments system that caused Apple to kick the game out of the App Store.

In response to the email, Apple said there is no evidence that the App Stores fees are tied to its profit, and that the 2011 email did not confirm the store made $1 billion in profit, Bloomberg reports. Analysis from Sensor Tower has the App Stores 2020 commissions revenue at around $22 billion, and Epic cites one witness who claims that its profit rate sits at around 80 percent.

Apple has adjusted its commission structure over the years, but has never dropped it standard rate wholesale to 25 or 20 percent. In 2016 it dropped its commission to 15 percent for subscribers who have signed up to a service for over a year. Then, last year, it dropped its rate to 15 percent for any developers who make under $1 million in sales on its store. The move saw pushback from Apples critics, with Epic CEO Tim Sweeney calling the decision a calculated move by Apple to divide app creators and preserve their monopoly on stores and payments, again breaking the promise of treating all developers equally. 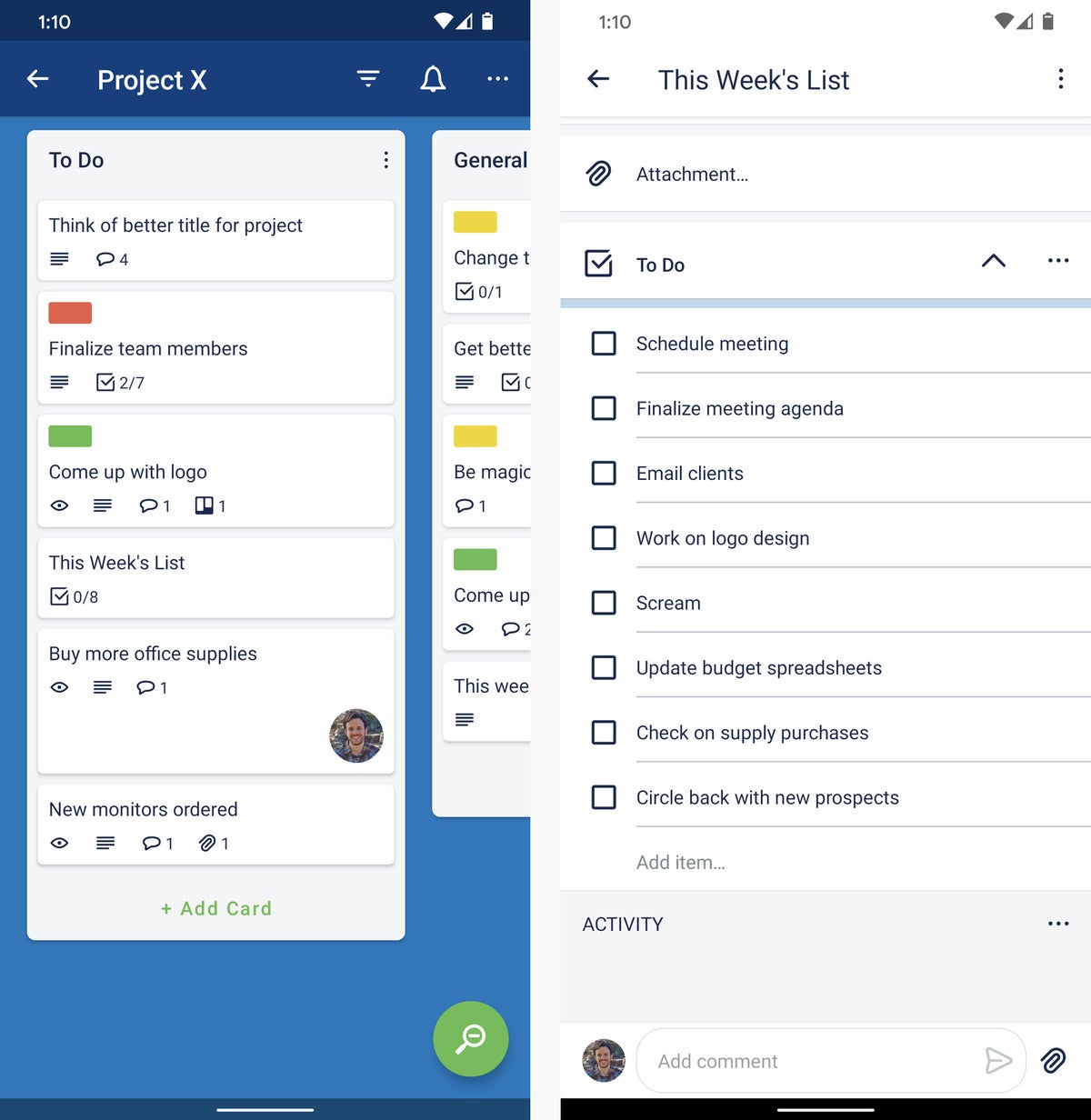 The best Android apps for organizing your life 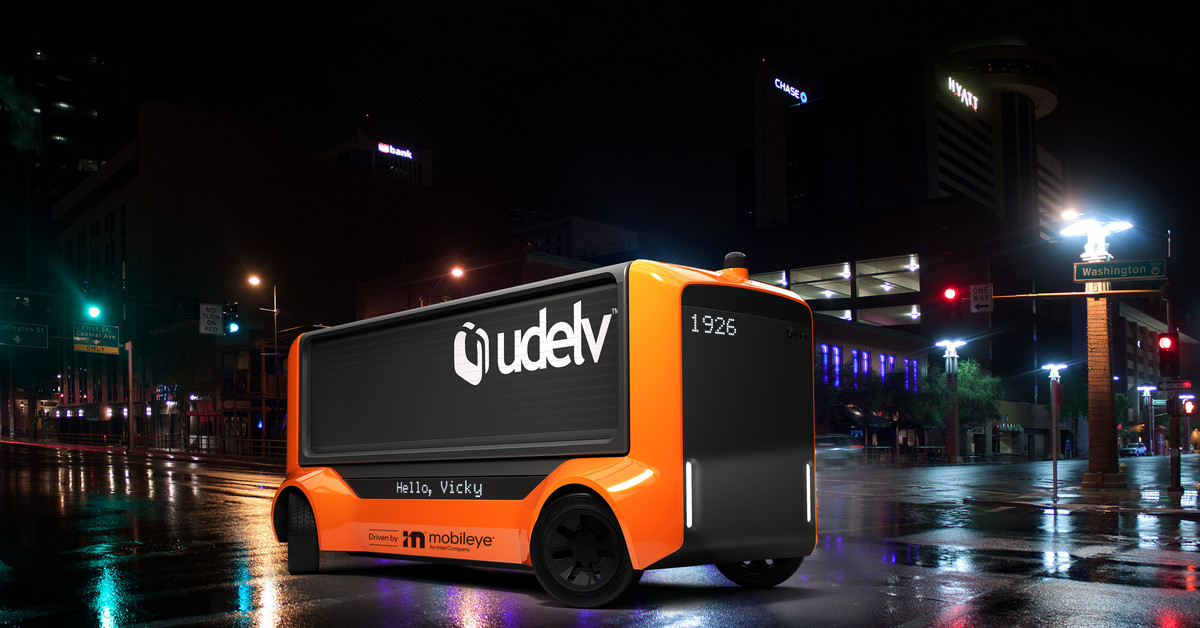 Intels Mobileye will launch a fully driverless delivery service in 2023