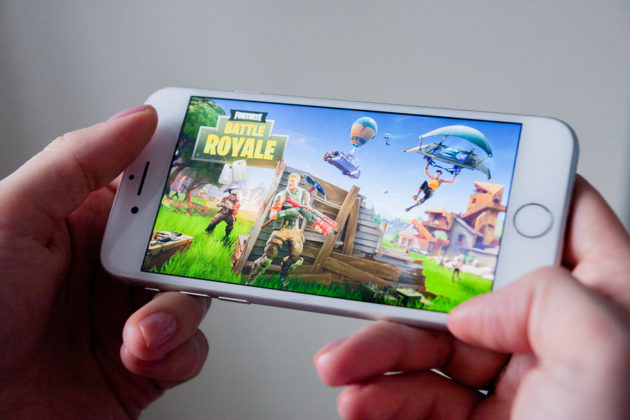 
Kicking off in federal court today, the closely watched battle between the makers of Fortnite and Apple will include an attorney who is well known for her role in one of the seminal antitrust fights in tech history: U.S. v. Microsoft.

On the legal team for Epic Games is Christine Varney, the lawyer who represented Netscape in its antitrust suit against Microsoft in 2001. The Microsoft case ended with an initial judgment to break up the Redmond-based software giant, a decision which later was walked back under a 2002 settlement agreement.

Varney also was the U.S. assistant attorney general of the U.S. Department of Justices antitrust division in the Obama administration. In 2011, the Wall Street Journal characterized Varney tenure at the DOJ as willing to push antitrust cases but with a focus on the middle ground.

In practice, Ms. Varney sought a middle road between those who wanted the Justice Department to challenge more deals as anticompetitive and those who said the market should be left largely to its own devices, the paper published in a profile near the end of Varneys time at the DOJ.

The Epic Games v. Apple antitrust fight focuses on Apples control of the App Store. Specifically, the case is centered on whether or not the companys App Store is a monopoly that unfairly takes a 30% cut of all purchases within the store. Epic filed the lawsuit after Apple banned the popular game app Fortnite when Epic created a virtual currency purchase which bypassed Apples toll.

The New York Times reported that the trial could upend the economics of the $100 billion app market if Epic wins.

The Microsoft antitrust fight from the 1990s could be used in the Epic v. Apple lawsuit, Recode reported, noting that Epic will likely reference the DoJs campaign against Microsoft.

Last year, Microsoft President Brad Smith called for more scrutiny on app store policies imposed by its competitors such as Apple and Google.

They impose requirements that increasingly say theres only one way to get on to our platform, and that is to go through the gate that we ourselves have created, Smith said in an interview with Politico.

While Microsoft can relate to Apples position, given its antitrust battle nearly two decades ago that investigated how the company bundled Internet Explorer with its Windows operating system,Smith said todays smartphone app stores are different.

Increasingly youre seeing app stores that have created higher walls and far more formidable gates to access to other applications than anything that existed in the industry 20 years ago, said Smith, who joined Microsoft in 1993.

The current App Store system caters to developers with the most money to spend, he said in a statement. It extorts developers into paying nearly one-third of their revenue solely to gain access to consumers. And it severely reduces the ability of the developer to get creative in the marketing and presentation of the product they have worked so hard to create.

Apples legal defense will assert, among other things, the App Store cant be a monopoly given that Apples operating system has fewer users worldwide than Googles Android. It will also argue that Apple does not have a monopoly of the entire gaming market.

This isnt Apples only antitrust fight regarding the App Store. It currently is battling EU regulators over its 30% toll for Spotify and UK and Australian consumer advocates over similar claims.