Researching and investing in audio products is one of the greatest hurdles for amateur podcasters and streamers. But Samson is offering an affordable, low-effort entry point to the world of high-quality audio with its $200 Q9U broadcast mic. With excellent noise rejection and options for USB-C or XLR connections, the Q9U is one of the best entry-level mics available today.

Just to be clear, the Samson Q9U isn’t the cheapest microphone of its kind. But it’s a better entry-level option than many other mics because of its wide feature set and noise rejection. The Q9U sounds good in an untreated room, saving you the trouble of buying acoustic panels, and its optional XLR connection ensures that you can continue using the Q9U if you ever buy an audio interface.

A Broadcast Mic That Lets You Hit the Ground Running

Finding a microphone for your podcast or livestream is like searching for a needle in a haystack. Not only do you need to find a mic that sounds good, but you need one that works with your recording or streaming setup without the help of additional, expensive products, like audio interfaces and acoustic panels.

Thankfully, Samson’s Q9U mic covers all the bases. It has a ton of onboard features to get you up and running without much hassle, its sound quality rocks, it works over USB-C and XLR, and because it’s a dynamic microphone, it doesn’t pick up much background noise in untreated rooms.

Over a USB connection, the Q9U is totally plug-and-play. It doesn’t require any extra drivers or software, which is mostly a good thing, though I wish Samson at least offered some kind of software to control the mic and apply global EQ (so you don’t have to set up EQ in each of your recording or broadcasting apps). But hey, you aren’t stuck using USB! The Samson Q9U’s XLR jack provides a lot of room for growth, saving you the trouble of buying a new mic if you decide to get an audio interface.

Samson filled the backside of this mic with all kinds of switches and ports, including a hardware mute switch, a mid-boost setting, a low-cut setting, and a headphone jack for live audio monitoring. For those who want to hear themselves and their computer’s audio output in real-time without setting up complicated software, the headphone jack is a very nice addition to this mic.

Speaking of audio monitoring, you’ll be surprised the first time you hear yourself talking through the Q9U, because it’s very good at ignoring background noise. There isn’t any crazy software at play here, it’s just that the Q9U is a dynamic mic, a type of microphone that’s often better suited for untreated or noisy environments than condenser mics like the Blue Yeti or Audio-Technica AT2020.

With its cardioid (or heart-shaped) polar pattern, the Q9U only picks up noise directly in front of its capsule. If high-quality audio is your goal but you’re in a noisy or untreated room, then a dynamic mic like the Q9U might be a better option for you than a condenser mic. That’s not to say that everyone should use a dynamic mic—condensers like the Blue Yeti can sit at a more comfortable distance than the Q9U and still pick up consistent-sounding audio, so they may be a better option for remote workers or livestreamers who don’t want a mic hovering in front of their face all the time.

The Q9U also comes with some accessories to help seal the deal. There are the USB-A and USB-C cables, of course, but there’s also a windscreen. The Q9U already has an internal screen to keep your plosives from sounding explosive, but the external screen can help if you’re speaking loud, singing, or just love the Peter Piper tongue twister. Unfortunately, this mic doesn’t come with a desktop stand, so you’ll have to buy one separately (or go for a larger mic stand).

Impressive Sound Quality for the Price

With all the broadcast-ready features that Samson crammed into the affordable Q9U, I’m surprised that it sounds so good. Recordings on the microphone sound clear and natural, similar to the results that you get with an industry-standard Shure S7b mic. Different voices can bring out different qualities in a microphone, but because the Q9U has such a neutral sound, it should work well for most people.

As for the mic’s built-in mid-boost and low-cut settings—they’re dramatic. I’m not really a fan of how either of them sounds, but they make my voice sound very clear in video calls, and hey, they may sound better on your voice than they do mine. Samson says that the low-cut setting cuts frequencies by 3dB at 200Hz. The company doesn’t state how the mid-boost works, but after playing with the mic for a while, I’d guess that it applies a 3dB boost around 2,000 to 4,000Hz.

With its stellar sound quality, the Q9U’s noise rejection is just icing on the cake. This is an affordable, great-sounding mic that can hide most of the unwanted noise in your untreated room. Throwing up some acoustic panels to reduce excess noise will make it sound even better, but you probably won’t feel rushed to do so simply because of how well the mic does its job.

My only major complaint related to sound quality is that the Q9U’s internal shock mount sucks. If you bump or tap on your mic stand, listeners will hear the bumping or tapping in your recording or broadcast. The problem is made worse if you’re using a desktop mic stand, which will send any noise from your desk (tapping, slapping, gamer tantrums) straight into the microphone for everyone to hear. Other podcast microphones around this price, like the Rode PodMic and Shure MV7, have much better internal shock mounts than the Q9U.

I’m always impressed by the quality of Samson’s mics, and the new Q9U isn’t an exception. It’s heavy, it feels solid, it looks expensive, and considering the price, it’s impressively well-made. I especially like the Q9U’s adjustable yoke and built-in fastener, which make the setup process easy on any mic stand.

But the build quality ain’t perfect, and some parts of the Q9U feel lazy. The mute button is a glaring problem for me—I don’t mind that it feels cheap, but it’s hard to tell whether the mute is enabled or disabled (unless you’re monitoring your audio). Yes, the button is spring-loaded and sticks out a bit when mute is disabled, but not enough to tell the difference at a glance. Samson could have solved this problem by painting a red line around the mute button’s shaft, which would make it easier to see which position the button is in. Or, you know, just slap an LED indicator on the thing.

There’s also the Q9U’s internal pneumatic shock mount, which doesn’t work all that well. As I mentioned before, any bump or tap on your mic stand (or desk, if they’re attached) will find its way to your recording or livestream. I don’t think that this should be a deal-breaker for the average person (unless you’re hosting a very energetic livestream), but it’s a sucky problem that you won’t find in popular entry-level broadcast mics. At least not to this extent.

And while it may sound a bit nitpicky, I don’t like that Samson ships the Q9U in an unpadded box, which seems like an easy way to damage a mic. I also think that, considering this mic’s target audience of novices, amateurs, and first-time buyers, it should come with a cheap desktop stand and a mic bag (at least to store the USB cables and windscreen).

While it isn’t perfect, the Samson Q9U is a flexible, affordable, and great-sounding microphone for at-home recording and streaming. Its optional XLR input provides a lot of room for growth, and its excellent noise rejection should provide clean sound in untreated or noisy rooms.

The Samson Q9U isn’t the only dynamic broadcasting mic in this price range, but its various inputs and settings make it a much more flexible option than the Rode PodMic, and at $200, it costs less than the similarly-spec’d Shure MV7. Still, I suggest that you look other broadcast mics before pulling the trigger on the Q9U. You might find another USB mic that better suits your needs, or if you plan to buy a lot of mics in the future, you might skip USB mics in favor of cheaper, XLR-only mics.

How Jam City balances employee welfare, growth in the pandemic, and doing right by gamers 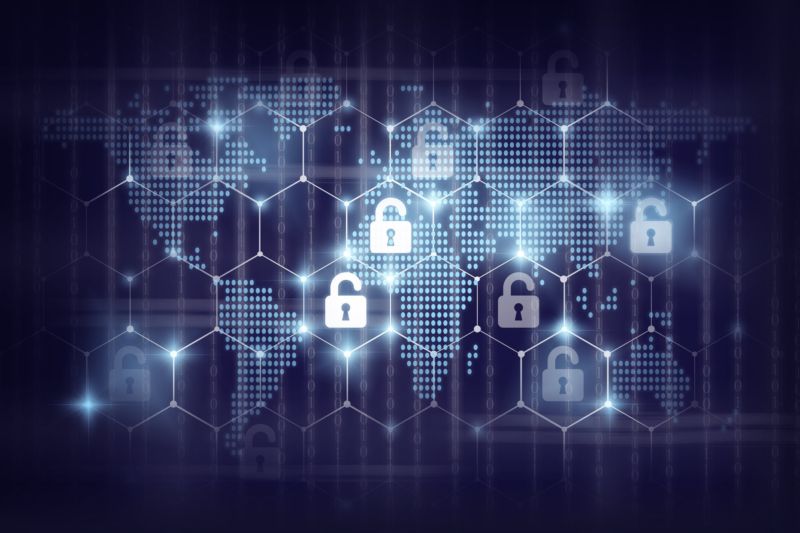 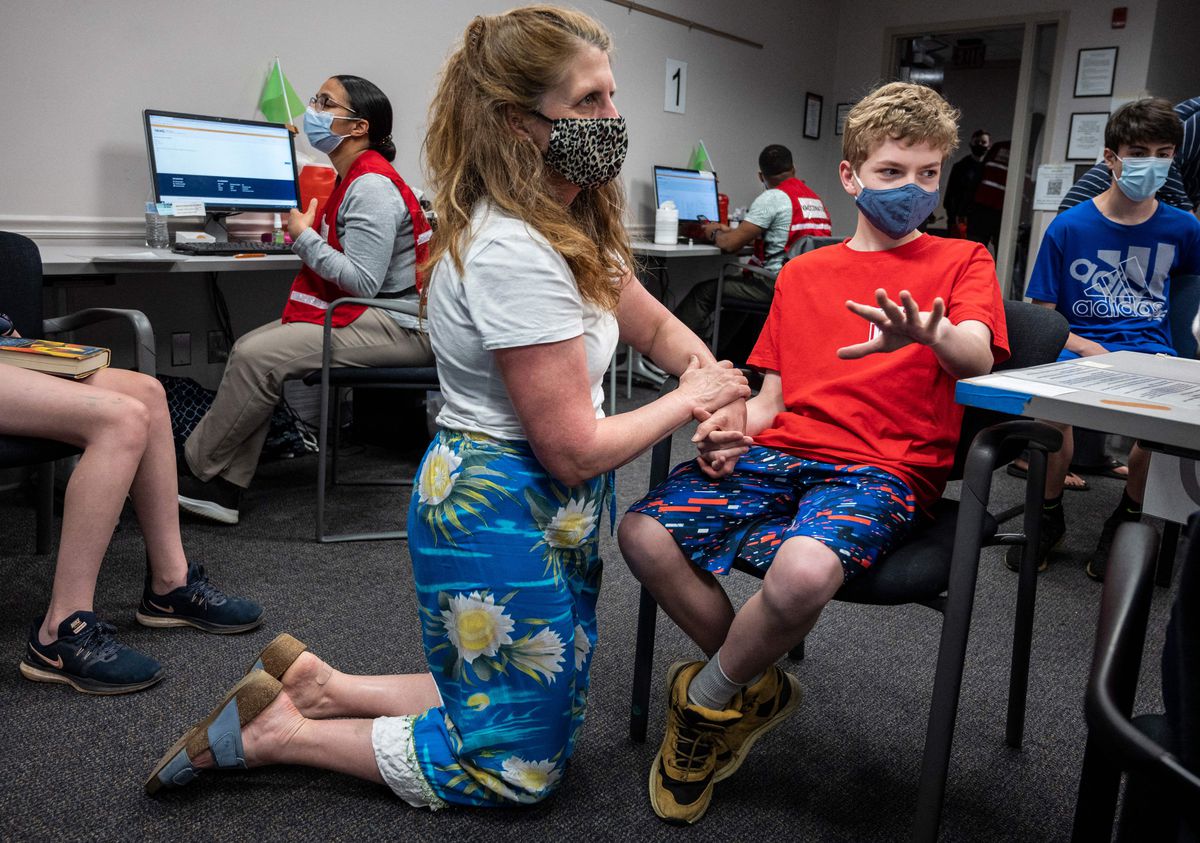