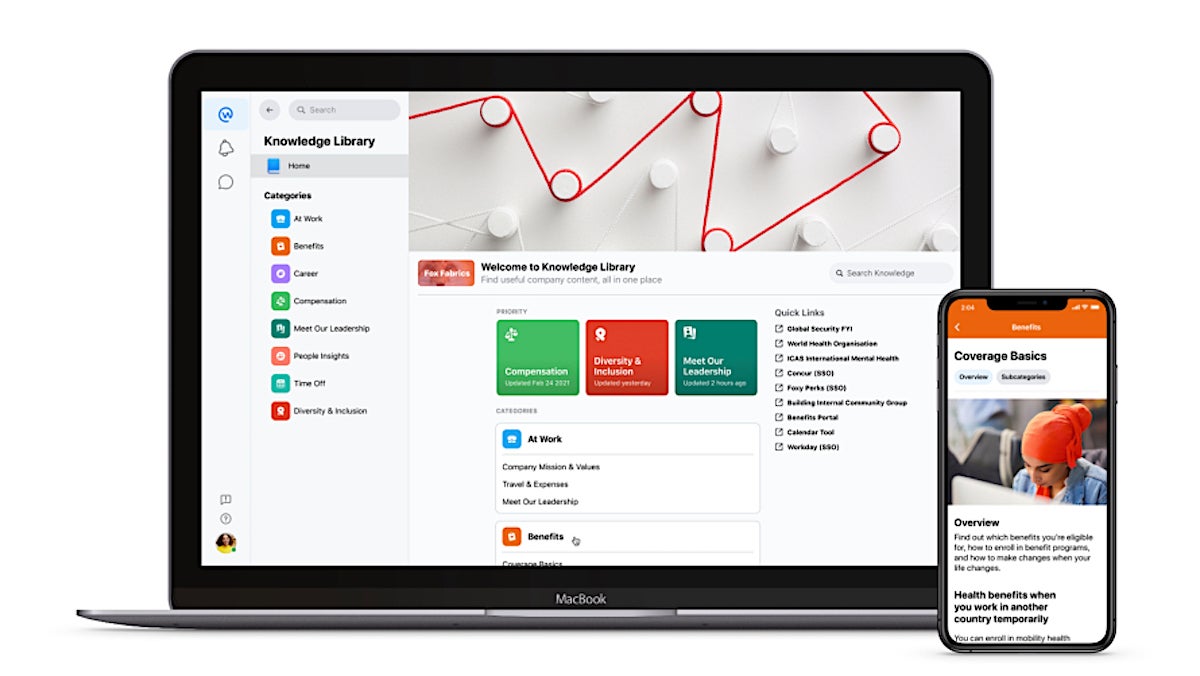 
Facebook this week announced a handful of updates to its Workplace enterprise social network, including new video features and improved integrations with third-party applications.

Among the features unveiled Tuesdayare updates to a Live Q&A feature rolled out last year. A presenter can now click on a question and get details about the person who asked it, making it easier to personalize a response. By clicking on the question, the presenter can also place it in the middle of the screen for hosts and the audience. (Employees will soon also be able to include their name pronunciation, helping to avoid mispronunciations during video Q&As.

Workplace already has existing integrations with Zoom and BlueJeans, and an integration with Microsoft Teams remains under discussion, said Ujjwal Singh, head of product at Facebook Workplace.

With the introduction of Plugins, the company took another step towards connecting Workplace to external tools, with an eye on making it easier to share content via external tools such as Microsofts SharePoint. This lets leaders use Workplace to create content to connect with employees but also increase the surface area for that content, said Singh.

Other updates to the platform include the ability to sync Workplace events with external calendar tools, including those within Microsofts Outlook and Googles Gmail. And theres an update to Workplaces Knowledge Library content-sharing platform that allows the app to pull resources from other places such as intranets.

Angela Ashenden, a principal analyst at CCS Insight, said Facebooks growing focus on integration both in terms of surfacing third-party tools and content in Workplace, as well as pushing Workplace content elsewhere serves to highlight the need for these tools to play nicely with an organizations existing investments in order to improve the employee experience.

Employees face a multitude of tools to get their work done, and its important that the tools work well together so that the employee doesnt have to be the human integration point joining the dots, Ashenden said.

Facebook execs also gave an update on the number of paid Workplace users, saying that number has grown to 7 million, up 40% from 5 million in May 2020.

We built Workplace as an internal version of Facebook to run our own company, and it was so useful we started letting other organizations use it, too, including everyone from Spotify to Starbucks to the World Health Organization, Facebook CEO Mark Zuckerberg said in a statement on his Facebook page Tuesday.

The paid user growth is due in part to the pandemic-led rise in remote work, said Julien Codorniou, vice president of Workplace from Facebook, though new customers are also deploying Workplace as they eye reopening offices and seek to connect remote and on-site staffers.

As companies embrace the hybrid way of working, they realize that sometimes just having a video conferencing solution or a chat messaging solution is not enough, Codorniou said. They want something that can help them connect everyone people who work from home, from the factory, or from the office with real-time and asynchronous communication tools.

Ashenden said Workplaces growth in the last year is evidence of a renewed focus on employee experience among businesses during the pandemic, as companies look to connect staff and nurture company culture.

Its something that will remain critical, even as offices start to reopen again, creating that consistency of connection regardless of whether youre in the office or at home, she said. AirPods 3 might make an appearance next week. Here’s everything we know