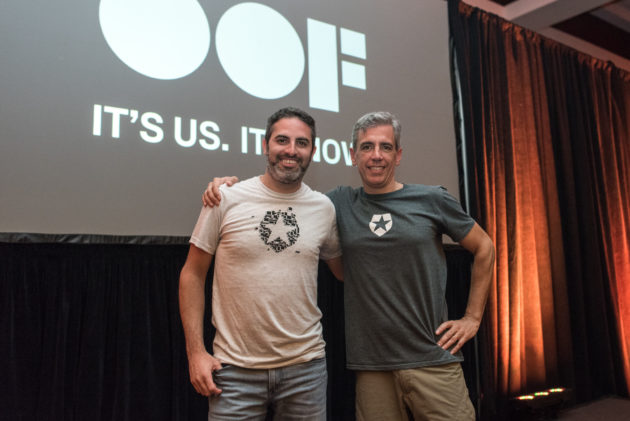 
Oktas giant $6.5 billion acquisition of Seattle-area startup Auth0 officially closed on Monday. But for Eugenio Pace, the major milestone is just another marker albeit a lucrative one in the Auth0 journey.

The word exit is often used when somebody sells a company, the Auth0 CEO and co-founder said this week. Thats not how I see it. Theres still a lot to do. Our mission and purpose, the reason why we set up Auth0 to begin with its not done yet.

We caught up with Pace to talk about the all-stock deal, which brings together two leaders in the identity authentication software sector and is one of the largest acquisitions ever of a Seattle tech company. Pace will continue heading up Auth0 as an independent business unit of publicly-traded Okta.

Okta to pay $6.5B to acquire Seattles Auth0; identity tech startup was valued at $1.9B last year

Pace, a CEO of the Year finalist at the GeekWire Awards, spent 12 years at Microsoft before launching Auth0 with fellow Argentinian Matias Woloski in 2013. It was his second attempt at a startup an earlier company he founded out of Argentina failed.

Auth0 certainly worked out a little better. Read on for more from our conversation, which was edited for clarity and brevity.

GeekWire: Thanks for chatting with us, Eugenio. The deal finally closed. Does it feel any different?

Eugenio Pace:For the foreseeable future, everything pretty much stays the same. We still have our brand, our identity our mission is not changing. This is about augmenting what we do independently, while operating as an entity with a much bigger scope. The deal has been a lot of work, and seeing this to completion, its very fulfilling. Its a very positive milestone for the company. But a milestone is not a destination. It feels a little bit like starting again, as an entrepreneur and as a founder.

GeekWire: Okta had been targeting Auth0 for several years. What made this the right time?

Pace: When Okta CEO Todd McKinnon and I first had a conversation in 2013, we were a tiny company with a handful of employees and there were lots of things we hadnt figured out and that we didnt know. We were still figuring out the core principles of what made Auth0 successful.

Fast forward eight years later, and were on a path to being a public company we were measuring that milestone in months, not years. We have demonstrated that we are solving something real, that product market fit exists, and we are able to execute and scale.

So joining forces with Okta now was absolutely the right thing to do, versus earlier. Some of our earlier fundamental mistakes would have been embedded into the combined entity, and it would have put us in a more difficult situation. But now its all about execution and scale, and bringing the future that we imagined to the present much faster than if we did it on our own.

GeekWire: Auth0 was valued at $1.9 billion in July. Your business has accelerated amid the pandemic. Some say you shouldnt have sold so soon. Why not keep waiting and sell later?

Pace: First of all, its a $6.5 billion deal. Our valuation was less than $2 billion six months ago. For someone who invested in our Series F round in July, this is a 3.5X increase in six months. I would call that a pretty good deal. And for our very early investors, this is more than a 200X return. Of course, people want more. But I dont feel bad in terms of representing the interests of our shareholders.

It is also an all-stock deal. That was a little bit by design. The reason were doing this is because of growth. We can grow faster, better, and do more in the world together with Okta, rather than being separate.

My bet is the Okta stock that were now a part of is going to grow much faster than separate stocks on their own. And because we hold Okta stock, were able to get that upside.

If this was a cash acquisition made by a big company, I would have some reservations. Were not cashing out. If we joined a much bigger organization, Auth0 would be a tiny piece of a much larger thing. Instead, we are roughly 20% of Okta. Thats not an insignificant part of Okta.

Its living in the present, designing for a future, but also being mindful of the past as a stepping stone to whats coming, a learning opportunity.

GeekWire: Salesforce Ventures led your last round. Were you getting interest from other potential acquirers?

Pace: Okta is not the only company that showed interest over our lifetime. A company like ours, weve been very fortunate weve grown and weve been successful in many dimensions. And so as you can imagine, there was a lot of interest, not just from companies, but also from investors, too.

GeekWire: Okta and Auth0 both sell identity authentication software but come at it from different sides. Okta serves companies and their workforces, while Auth0 is focused on developers and end-users. Will it be difficult to merge these two together in one entity?

Pace: The odds might not be in our favor if you look at the statistics of M&A in general. Many of those transactions dont end up well.

The causes of those failures can be incompatibility in vision, in culture, in leadership but those have not happened to us. We have more in common than that divides us our values, our convictions for the future, etc.

The common foundation is about a vision. We both believe that identity is an absolutely essential problem to be solved. Its not going to go away, and its going to pretty much affect every company on the planet. We believe that an independent identity cloud is the right way to go for various reasons: security, privacy, etc. We also believe the challenges with identity are not going to get easier as the world becomes more digital. And we both are cloud-native companies born into the cloud revolution.

Thats what we have in common. But we also have things that are more complimentary with each other, and thats what makes the union more interesting. We sell to more international markets; Okta is a majority in the U.S. We are a remote-first company; Okta is a more traditional office-based company. We sell to developers; they sell to CIOs and technology groups in companies. Their product is more centered in workforce identity; we are more centered on the consumer.

So even though we are in the same problem space, all of these elements make us not incompatible, but complimentary we can fill in the gaps. Even from a product perspective, we can now cover a much larger set of use cases and we can give our customers more options. We can do more powerful things, which makes it really, really exciting.

GeekWire: What advice do you have for founders and entrepreneurs that are just starting out, like you and Matias were in 2013?

Pace: If you build a company for any specific outcome like being acquired thats putting the cart before the horse a little bit. You should build something with the outcome of solving a problem for somebody and with the purpose of having a purpose. The odds are so much against you for any of these specific outcomes. When you put all your bets on that, youre more likely to be disappointed. Instead, if you focus on the journey, then you never lose. Even if you survive only one year, your goal was a journey. It wasnt a Series A or Series B or Series C. Its about the process. And then its all upside for you.

GeekWire: And how would you describe that journey for you with Auth0?

Pace: I never imagined being here. I never thought about this day. Every day, I lived a little bit like if it was my last day. Its living in the present, designing for a future, but also being mindful of the past as a stepping stone to whats coming, a learning opportunity. Thats been more or less the recipe.

In a weird way, if we had not made it even two, three years, it would still have been positive for me, because every day we learn something new, we did something for somebody else, we created value. We thought and we learned every day. And thats valuable in itself.

Now, all of this has been wonderful, too dont get me wrong. This has been awesome. But I think its more like a philosophy. How do you see your journey?

If youre obsessed with somebody elses journey, and youre trying to find shortcuts for yourself, youre missing the point. Everybodys experience is different. Theres only one Auth0, and one journey of Auth0 that could have happened. The combination of context and timing and product and people all of that happens only once.

So if you try to live somebody elses life and not yours, then youre doomed to not make much out of it. Nothing replaces your own doing. You can read all the books, you can listen to my words, but nothing will replace you being an entrepreneur, actually doing it on your own. Its going to be unique. 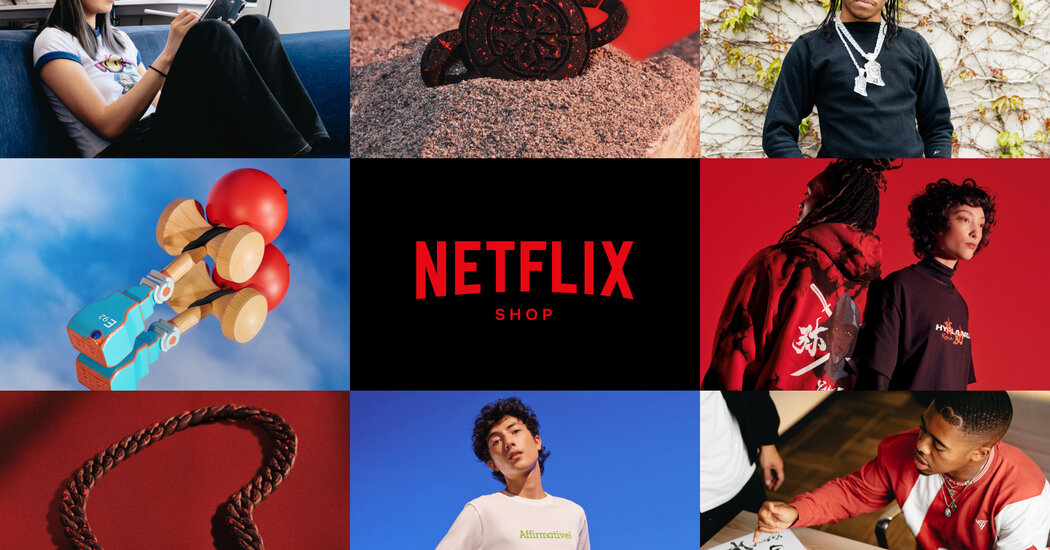 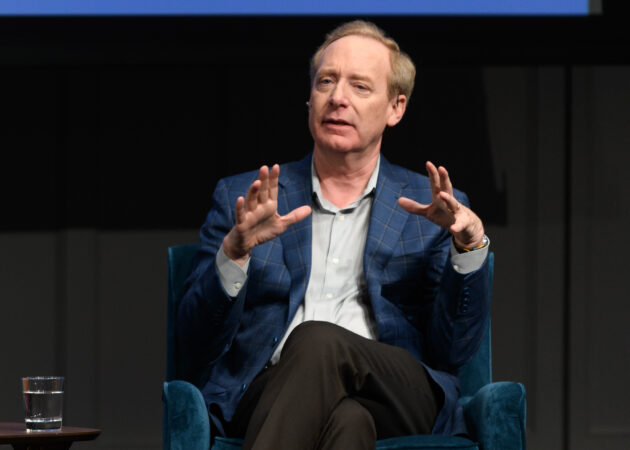