It feels as though the iPhone 12 has just dropped, but already the rumor mill is in full swing over the iPhone 13 as Apple’s marquee event in the fallinches closer. However, there is also a “Spring Loaded” Apple event on April 20. As usual, a wide range of topics are under debate: Will we see a foldable iPhone? What about a smaller notch? And will Apple finally killing the Lightning port? Plenty of rumors are swirling around about the iPhone 13, so here we’re focusing on some of the most credible ones to help get a sense of what to expect from the next-gen iPhone.

For now, we’re expecting four models: the iPhone 13, iPhone 13 Mini, iPhone 13 Pro and the iPhone 13 Pro Max. But to be fair, we can’t be certain the name iPhone 13 will wind up being used. Rumors suggest Apple may go with iPhone 12S instead, implying only a minor technical upgrade from the iPhone 12, which saw some bigger changes like the introduction of 5G and a design revamp. Apart from the expected incremental upgrades to things like processor and batteries, here’s what you can expect from the upcoming iPhone family. (For the purposes of this article, I’ll refer to it as the iPhone 13.)

iPhone 13 probably won’t be a foldable

The iPhone 12 lineup saw a noteworthy makeover, so a major glow-up for the iPhone 13s is unlikely. If you’ve been holding out for a foldable iPhone, I’m afraid 2021 probably won’t be the year it hits shelves (if it ever does). Instead, we’re hearing of a similar “slabular” design with the iPhone 5’s flat sides and the same four sizes, starting with the smallest 5.4-inch iPhone Miniall the way to up the expansive 6.7-inch iPhone 12 Pro Max.

As far as design goes, I’m low-key hoping for a smaller notch or (even better) an entirely notchless screen. For the notch to go away, however, Apple first has to figure out how to put the Face ID camera modules under the screen. Based on some recent rumors, this is a design element that could make its way to the iPhone 13.

Lightning port? Looks like it’s here to stay (for now)

Noted analyst Ming-Chi Kuo had once indicated in a report that Apple would kill the Lightning port, making way for a completely portless phone. Apple’s introduction of MagSafe to the iPhone 12 seemed to add weight to that claim.

Read more: iPhone 12’s Lightning port may be the next thing Apple kills

But Kuo is walking back on his portless iPhone assertion, for now at least. In a recent report, obtained by Apple Insider, he says MagSafe isn’t a mature enough ecosystem yet that Apple can solely rely on it for charging the iPhone 13. That means Apple will need to keep its lighting port since USB-C is unlikely to happen for the iPhone.

One feature that’s rumored to change in a noteworthy way is the screen. Kuo predicts the two iPhone 13 Pro models will use LTPO technology in their displays to give it a 120Hz refresh rate, which we’ve heard in earlier rumors too. This is a feature already present in Android phones like Samsung’s high-end Galaxy S21 series and even Xiaomi’s budget-friendly Redmi Note 10 Pro. Although Apple doesn’t disclose refresh rates, the iPhone 12 variants all have a 60Hz screen refresh rate, matching the iPhone 11 display.

As I mentioned earlier, don’t hold your breath for any revolutionary technical changes to the iPhone 13, which will likely feature incremental upgrades. Because of this, analysts expect iPhone 13 prices to come in at a similar range as the iPhone 12, which starts at $799 (799, AU$1,349). Add to the mix that the iPhone 12 led to the largest revenue and profit quarter in Apple’s history, and it looks likely Apple will hit the repeat button when it comes to the pricing structure. 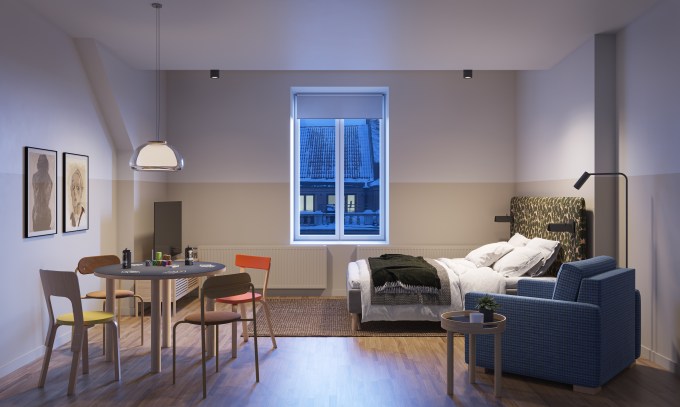 What Is an Echo Dot?

SimpliSafe Is a Hassle-Free Way to Secure Your Home