Mary Beth Meehan is an independent photographer and writer. Fred Turner is a professor of communication at Stanford University.

The workers of Silicon Valley rarely look like the men idealized in its lore. They are sometimes heavier, sometimes older, often female, often darker skinned. Many migrated from elsewhere. And most earn far less than Mark Zuckerberg or Tim Cook.

This is a place of divides.

As the valleys tech companies have driven the American economy since the Great Recession, the region has remained one of the most unequal in the United States.

During the depths of the pandemic, four in 10 families in the area with children could not be sure that they would have enough to eat on any given day, according to an analysis by the Silicon Valley Institute for Regional Studies. Just months later, Elon Musk, the chief executive of Tesla, who recently added Technoking to his title, briefly became the worlds richest man. The median home price in Santa Clara County home to Apple and Alphabet is now $1.4 million, according to the California Association of Realtors.

For those who have not been fortunate enough to make billionaire lists, for midlevel engineers and food truck workers and longtime residents, the valley has become increasingly inhospitable, testing their resilience and resolve.

Here are 12 of them, who originally appeared in our book, Seeing Silicon Valley, from which this photo essay is excerpted.

Between them, Ravi and Gouthami have multiple degrees in biotechnology, computer science, chemistry and statistics. In 2013, after studying in India and working in Wisconsin and Texas, they landed in the Bay Area, where they now work as statistical programmers in the pharmaceutical industry.

They rent a one-bedroom apartment in the bayside town of Foster City, and they regularly attend a Hindu temple in Sunnyvale, which has been a hub for the Indian community since the early 1990s.

Although the couple have worked hard to get here, and they make good money their starting salaries were about $90,000 each they feel that a future in Silicon Valley eludes them. Their apartment, for example, costs almost $3,000 a month. They could move somewhere less expensive, but, with the traffic, theyd spend hours each day commuting. They would like to stay, but they dont feel confident that they can save, invest, start a family. Theyre not sure what to do next.

Diane lives in a spacious house in Menlo Park, the city where Facebook is based. Her home is filled with beautiful objects from a life of travel with her husband, a Chinese businessman and philanthropist, now deceased. The couple moved to the Bay Area over 30 years ago when he retired, and they loved the area the sunshine, the ocean, the wide-open spaces.

Since then, Diane has watched the area change: Its overcrowded now. It used to be lovely, you know you had space, you had no traffic. Here it was absolutely a gorgeous place. Now its heavily populated buildings are going up everywhere like theres no tomorrow.

The money that rolls here is unbelievable, she continued, and its in the hands of very young people now. They have too much money theres no spiritual feelings, just materialism.

Victor came to Silicon Valley from El Salvador more than 25 years ago. He lives in a small white trailer in Mountain View, a couple of miles from Googles campus. He used to live in an apartment nearby but had to leave when the rent got too high.

His trailer is parked in a long line of trailers, some inhabited by others whove lost their homes. Victor, whos now in his 80s, doesnt have electricity or running water, but the custodians in his old apartment often sneak him in to bathe and to wash his clothes.

Victor always carries a jar of medicated ointment in his backpack, and when neighbors twist an ankle or have a stiff neck, they know to knock on Victors trailer door. He sets out a chair for them and massages the sore spot until the pain passes.

Teresa works full time in a food truck. She prepares Mexican food geared toward a Silicon Valley clientele: hand-milled corn tortillas, vegan tamales, organic Swiss chard burritos. The truck travels up and down the valley, serving employees at Teslas headquarters, students at Stanford, shoppers at the Whole Foods in Cupertino.

Teresa lives in an apartment in Redwood City with her four daughters. In the fall of 2017, her parents visited from Mexico, the first time she had seen them in 22 years. Bienvenidos Abuelos, a crayon drawing on the door announced. Welcome, grandparents.

As a teacher, Konstance is one of the thousands of public servants in Silicon Valley who cant afford to live in the places they serve. For years she joined the commuting firefighters, police officers and nurses sitting for hours in traffic on the freeways around San Francisco Bay, commuting from more affordable places dozens of miles away.

In July 2017, Konstance won a place in a lottery run by Facebook. It offered apartments to 22 teachers in the school district adjacent to the companys Menlo Park headquarters. The teachers would pay 30 percent of their salaries for rent; Facebook would make up the difference. So Konstance and her two daughters moved within walking distance of the familys school. Suddenly, she was surrounded by something shed been missing: time. Time to make hot meals at home rather than eat in the car, time for her daughter to join the Girl Scouts.

In 2019, Facebook announced that it would give $1 billion in loans, grants and land toward creating more affordable housing in the area. Of that pledge, $25 million would go toward building housing for educators: 120 apartments, including for Konstance and the other teachers in the original pilot as long as they were working in nearby schools.

At the time of the announcement, Facebook said the money would be used over the next decade. Construction on the teacher housing has yet to be completed.

One day Geraldine received a phone call from a friend: Theyre taking our churches! her friend said. It was 2015, when Facebook was expanding in the Menlo Park neighborhood where she lived. Her father-in-law had established a tiny church here 55 years before, and Geraldine, a church leader, couldnt let it be torn down. The City Council was holding a meeting for the community that night. So I went to the meeting, she said. You had to write your name on a paper to be heard, so I did that. They called my name and I went up there bravely, and I talked.

Geraldine doesnt remember exactly what she said, but she stood up and prayed and, ultimately, the congregation was able to keep the church. God really did it, she said. I didnt have nothing to do with that. It was God.

In 2016, Gee and Virginia bought a five-bedroom house in Los Gatos, a pricey town nestled beside coastal foothills. Houses on their street cost just under $2 million at the time, and theirs was big enough for each of their two children to have a bedroom and for their parents to visit them from Taiwan.

Together, the couple earn about $350,000 a year more than six times the national household average. Virginia works in the finance department of Hewlett-Packard in Palo Alto, and Gee was an early employee of a start-up that developed an online auctioning app.

They have wanted to buy nice furniture for the house, but between their mortgage and child care expenses, they dont think they can afford to buy it all at once. Some of their rooms now sit empty. Gee said that Silicon Valley salaries like theirs sounded like real wealth to the rest of the country, but that here it didnt always feel that way.

Jon lives in East Palo Alto, a traditionally lower-income area separated from the rest of Silicon Valley by Highway 101.

By the time Jon was in the eighth grade he knew he wanted to go to college, and he was accepted by a rigorous private high school for low-income children. He discovered an aptitude for computers, and excelled in school and professional internships. Yet as he advanced in his career, he realized that wherever he went there were very few people who looked like him.

I got really troubled, he said. I didnt know who to talk to, and I saw that it wasnt a problem for them. I was just like I need to do something about this.

Jon, now in his 30s, has come back to East Palo Alto, where he has developed maker spaces and brought tech-related education projects to members of the community.

It is amazing living here, said Erfan, who moved to Mountain View when her husband got a job as an engineer at Google. But its not a place I want to spend my whole life. There are lots of opportunities for work, but its all about the technology, the speed for new technology, new ideas, new everything. The couple had previously lived in Canada after emigrating from Iran.

We never had these opportunities back home, in Iran. I know that I dont want to complain, she added. When I tell people Im living in the Bay Area, they say: Youre so lucky it must be like heaven! You must be so rich.

But the emotional toll can be weighty. We are sometimes happy, but also very anxious, very stressed. You have to be worried if you lose your job, because the cost of living is very high, and its very competitive. Its not that easy come here, live in California, become a millionaire. Its not that simple.

Elizabeth studied at Stanford and works as a security guard for a major tech firm in the area. She is also homeless.

Sitting on a panel about the issue at San Jose State University in 2017, she said, Please remember that many of the homeless and there are many more of us than are captured in the census work in the same companies that you do. (She declined to disclose which company she worked for out of fear of reprisal.)

While sometimes homeless co-workers may often serve food in cafeterias or clean buildings, she added, many times theyre white-collar professionals.

Sometimes it takes only one mistake, one financial mistake, sometimes it takes just one medical catastrophe. Sometimes it takes one tiny little lapse in insurance it can be a number of things. But the fact is that theres lots of middle-class people that fell into poverty very recently, she said. Their homelessness that was just supposed to be a month or two months until they recovered, or three months, turns out to stretch into years. Please remember, there are a lot of us. 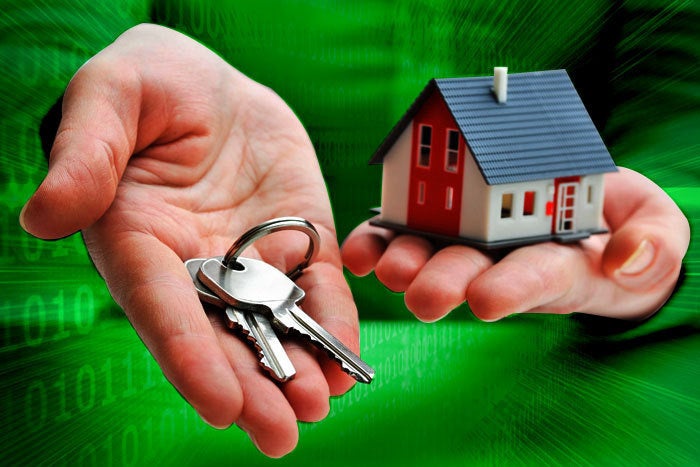 WWDC 2021: Is Apple planning a ‘homeOS’ (that would also work in the office)?

The future of work is uniquely human 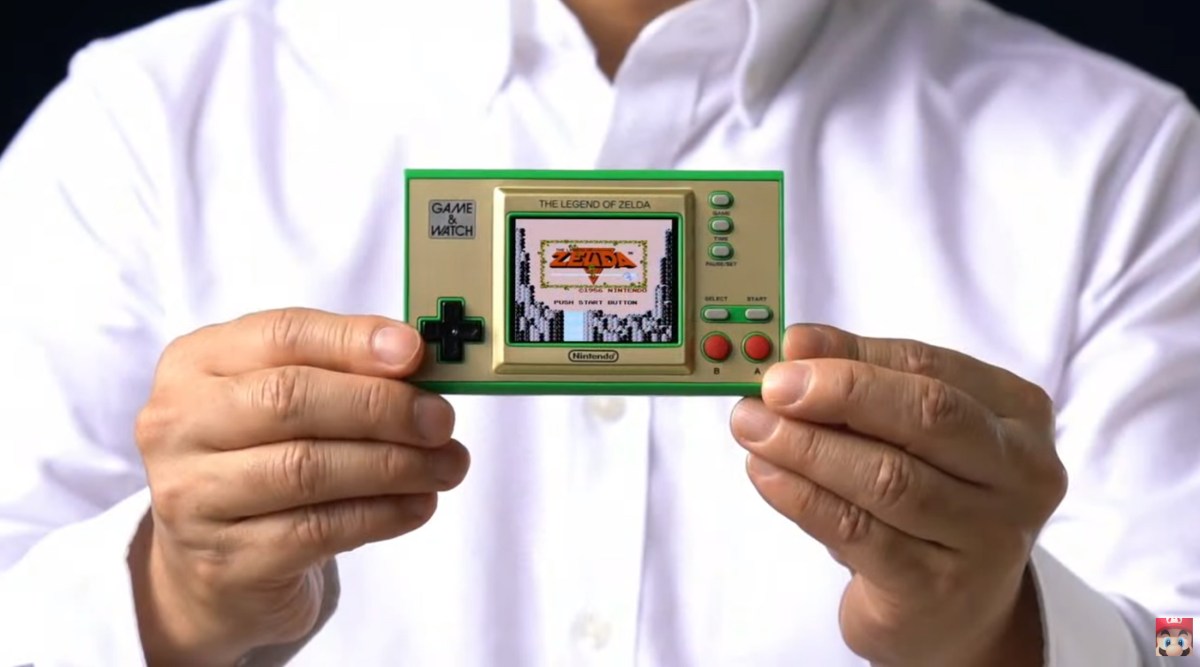 The Legend of Zelda Game & Watch comes out on November 12