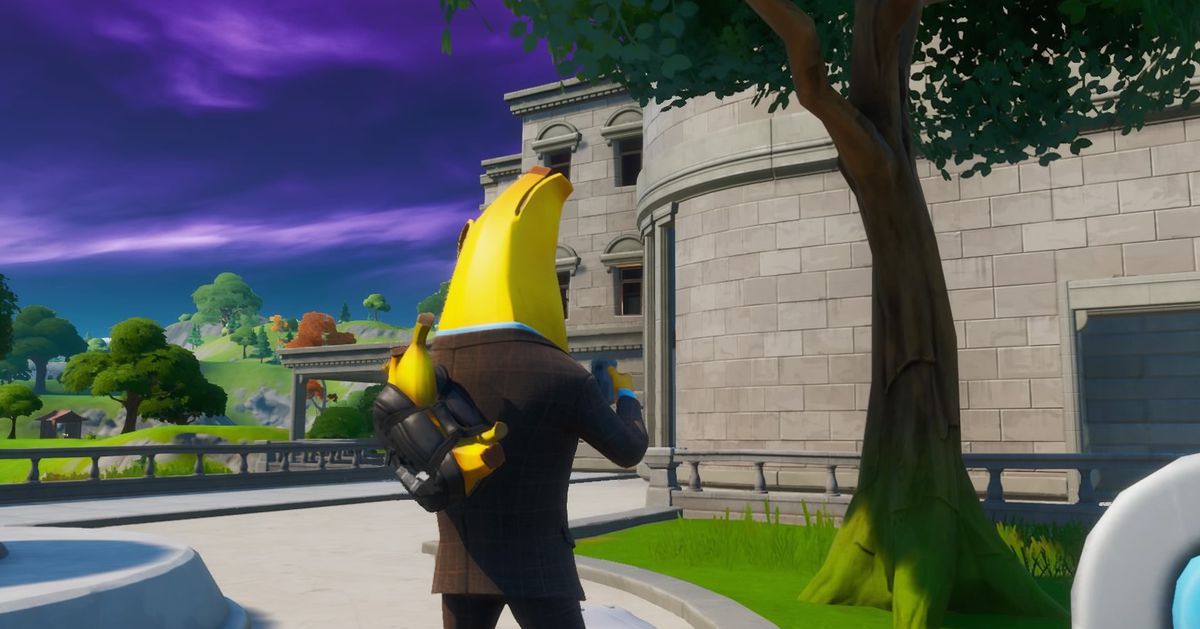 
As the trial for Epic v. Apple entered its second week, both parties took a break from antitrust law to argue over whether bananas should wear clothes in court.

The banana in question is Peely, a humanoid fruit avatar from Epics game Fortnite. Fortnite, as you may remember, is at the center of the huge lawsuit between Apple and Epic. The trials sixth day began with testimony from Matthew Weissinger, Epics VP of marketing. And Apple used its cross-examination to offer the court an exhaustive tutorial on Fortnite, beginning with its title screen and one of its skins. Hence the banana:

Apple attorney: We have in front of us a new set of images, and what is this screen showing?

Weissinger: This is your matchmaking lobby.

Attorney: And we have a large yellow banana here, dont we? In a tuxedo?

Weissinger: Yes. That is Peely.

Attorney: And thats Peely, did you say?

Attorney: And in fact, in the tuxedo, hes known as Agent Peely, correct?

Attorney: We thought it better to go with the suit than the naked banana, since we are in federal court this morning.

On Friday, an Apple attorney went after indie storefront Itch.io, which Epic lets users install through the Epic Games Store. The attorney noted that Itch.io included so-called adult games whose descriptions were not appropriate for us to speak in federal courts, calling them both offensive and sexualized.

Epic Games Store manager Steven Allison defended Itch.io, but the exchange may have stung Epic. Or at least, thats the best explanation I can imagine for what happened two hours later when Epics attorney decided to revisit Peely during her own questioning of Weissinger:

Epic attorney: A little bit of a digression. We talked about Peely? Our banana? Remember that?

Attorney: And there might have been an implication that to show Peely without a suit would have been inappropriate. Do you recall that?

Attorney: Is there anything inappropriate about Peely without a suit?

Weissinger: No, there is not.

Attorney: If we could just put on the screen a picture of Peely is there anything inappropriate about Peely without clothes?

Weissinger: Its just a banana, maam.

This does, somewhat astonishingly, relate to the core issues in Epic v. Apple. Epic is suing to make Apple open up iOS to alternative app stores like the Epic Games Store. Apple claims this would expose users to malicious and low-quality apps. It used Itch.io to paint Epic as a sloppy guardian of its users safety, and Judge Yvonne Gonzalez Rogers seemed to take Apples concern at least somewhat seriously. Its unclear whether Rogers actually thought there was a graphically naked banana-person in Fortnite, but Epics attorney clearly didnt want to take that chance.

But the Peely exchange still epitomized just how rambling and off-topic some of todays testimony felt. Apples tutorial was clearly aimed at showing that Fortnite is mostly a game and not an experience or metaverse encouraging the judge to weigh the App Stores game-related policies against similar rules on consoles, rather than scrutinizing the whole iOS ecosystem. Still, the result felt like a college freshman padding an English essay with a blow-by-blow plot summary or in this case, a blow-by-blow description of how to complete a skydiving challenge.

And despite Apple and Epics often very funny debate over the definition of a game, the case will probably hinge on drier-sounding questions like those discussed by Epics first expert witness, the economist David Evans.

Evans argued that Apple is running an unfair single-brand monopoly: basically, it sells pricey devices that lock users into an ecosystem with no reasonable alternatives for getting certain apps, beyond tossing their phone or tablet and spending hundreds or thousands of dollars on a new one. Developers can offer cheaper in-app purchases on the web or a different platform, but Apple wont let iOS apps direct users to these savings.

Judge Rogers asked some skeptical questions about Evans testimony, and Epic will almost certainly try to hammer his points harder. Hopefully, both parties will let Peely slip but who knows, maybe the banana clothing issue will remain a split in the days to come. 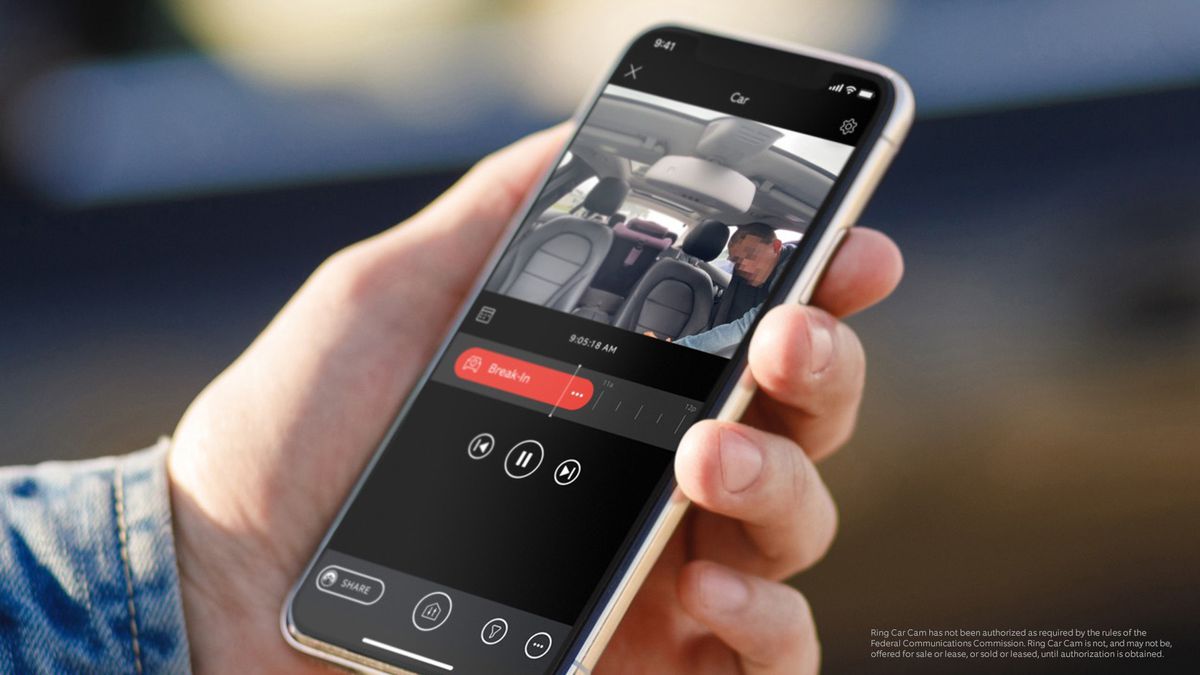 We may have our first look at Rings Car Cam 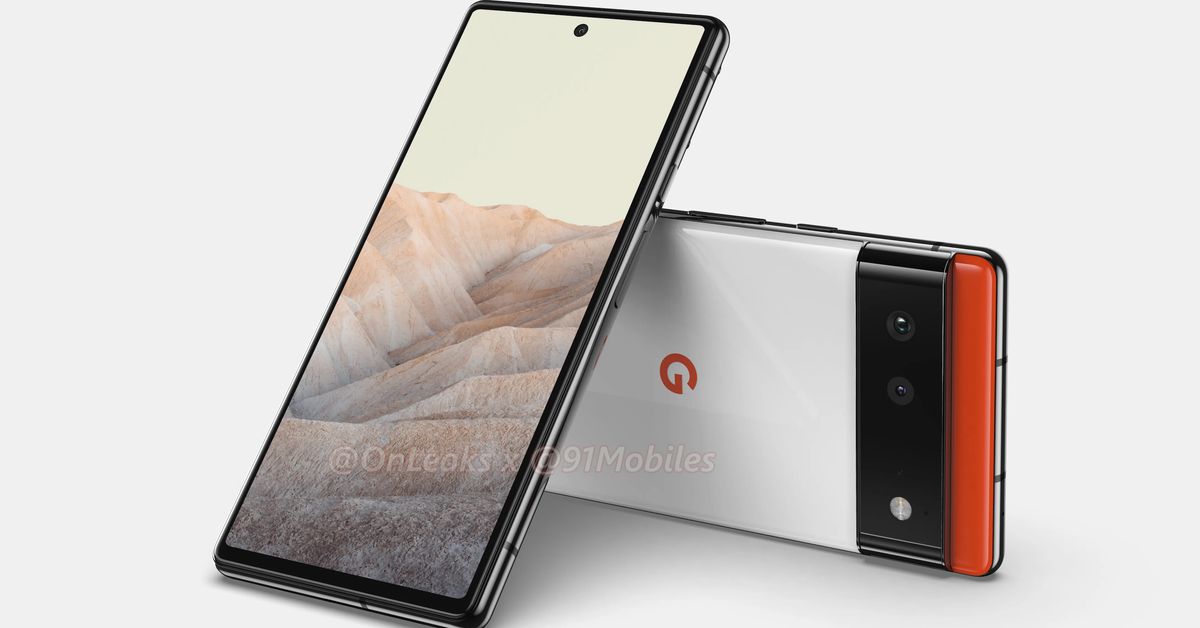