Gates McFaddens career goes well beyond the ins and outs of the Enterprise sickbay. While she might be best known to sci-fi fans as Star Trek: The Next Generations iconic Dr. Beverly Crusher, McFaddens taught, acted on stage and screen, worked on Jim Henson hits like Labyrinth, and more. Now, shes picking up a new skill: interviewer of other Star Trek icons.

The first podcast from the Nacelle Companythe production team behind documentary series like The Toys That Made Us, Down to Earth With Zac Efron, and Disney+s Behind the Attractiondropped today and sees McFadden reminisce with notable Star Trek creatives from across the franchises history. The 10-episode series includes guests like LeVar Burton, Jonathan Frakes, Marina Sirtis, and many more from TNG, but also Voyager and Deep Space Nine favorites, including Robert Picardo and Nana Visitor. Speaking of everyones favorite Bajoran, you can actually check out an exclusive preview of McFaddens chat with Visitor below, making its debut here on io9!

To celebrate the launch of the series, io9 spoke to McFadden to learn about picking up podcasting as her latest hobby in a long career, what Star Treks resurgence means to her and to the franchise, and why she wanted her Trek-heavy guest list to still feel fresh and unique to listeners who arent fans of the long-running sci-fi franchise. Check out the full interview below!

James Whitbrook, io9: Why was now the time you wanted to do a series like this?

Gates McFadden: Because I was asked! And I actually turned it down twice! Because I couldnt figure out, why now? Brian Volk-Weiss, who is the CEO of Nacelle, is the one who called me out of the blue. I didnt know himand he was so charming that he just charmed me into doing this. And I am loving it, I am so glad he did. It seems like the perfect time that it happened during the pandemic because you can record remotely. Sometimes wedhed built a studio, so sometimes we were in, recording some of the beginning ones in the studio… but I think Im finding my way. I have such wonderful friends, that its just fabulous to share our friendship with people, and also try to highlight them. Its pretty amazing, the group of actors whove been involved with the Star Trek franchise. Were all very close, actually, its unusual. I think every conversation, Ive learned something more about my friends that I didnt know and I hope the people who listen to the podcast feel the same way.

io9: Youve had an extensive career both in front of and behind the camerathis is a relatively new situation for you, to have to guide these conversations. What has that process been like for you?

McFadden: I actually love to research things, Im curious. So even though I know all the things my friends have done, I love to try to find new things I didnt know about them. And even if I didnt ask questions, its always fun to revisit something theyve acted in or done. You have to know how to guide it, but I didnt just want it to be an interviewI didnt just want to say, Okay, LeVar [Burton, who played Geordi LaForge on The Next Generation], Im going to interview you. I wanted it to be something that was also a conversation and showed our closenessthat we could laugh and joke and all of a sudden, something powerful might come up. And that has happened, I would say, which is exciting. You can go from something thats very serious, to funny and it absolutely shows our shared history, how were dealing with each other. So hopefully thats the way people will hear it as well. I was nervous in the beginning because I hadnt done it, then once I learned how to edit sound, Ive been doing the editinga wonderful fellow looks over what Ive done and refines it, but Im making the choices on the edit. Ive spent quite a bit of time on it! Ive learned a lot. In a lot of ways, its about finding things that make it flow better… its just like anything, like directing, you get into it and its similar. I think, sometimes, its more like Im interviewing, sometimes its just like were having… theres no there, controlling the conversation as much. Which is really kind of cool.

io9: You said youve drawn quite the roster of friends over the years, not just your colleagues on TNG, its people involved with the Star Trek franchise at largeboth in front of and behind the camera. Has it changed anything about your perspective of yours and theirs places in the franchise?

McFadden: Amazing, isnt it? Its truly amazing. It became clear to me when many of us, from all the different shows, were on different Zooms [last year] raising money for the Democratic candidate for president, Joe Biden. It really hit me when I saw all of these intelligent people on this big Zoom call, and I was so honored to be part of it. I thought, Boy, the casting peopleand the producersthey really had something in their minds, because every single one of these people Id want to get to know. They all seem to be passionate about making the world a better place, working for change, really walking the walk, and not just doing something in an occasional interview. I really think its quite a stellar group of people.

The more of the cast members I met, either from Discovery or Picard, the more this pans out for me. I got to work with Ethan Peckwe were improvising together on something, where I was Kirk and he was Spockon the [official Star Trek] cruise. I had a blast with him. We just totally clicked. And you hang out afterwards and you get to know people from all different shows. Its been decades Ive known John de Lancie, and Robert Picardo, and Nana Visitor people like that. Some people like Denise [Crosby, TNGs Tasha Yar] and Brent [Spiner, TNGs Data], Ive directed in things. So, theres a lot of ways we intersect in our lives. Its very unusual, it seems to me, to have a franchise where so many people get along so well.

io9: Trek aside, one thing that fascinated me to discover with this is your history with the Jim Henson Company as a choreographer on Labyrinth. Is that part of your career something youd like to explore in the podcast, beyond your chats with people from Star Trek history?

McFadden: I dont knowI havent thought that far ahead. Theres so many Star Trek people I could still talk to, really. Before Labyrinth, I had some acting in New York for years and had been teaching at a lot of drama universities and programs all over the United States, and done a lot of theater, a lot of different things. That was more of a fluke that I got asked to do that, and I took it because I was told by Jim I could also play Jennifer Connellys mother in the moviebut British Equity would not allow it. Even though that was the reason I took the job and had, for two years, been thinking that was what was going to happen. They would not allow us. Whereas in American Equity, British actors all the time act in our shows, so… that was a disappointment that I didnt find that out until I was already over in London, working as choreographer.

io9: To bring it back to Star Trek, you get to talk to your friends as friends here, rather than as stars of the franchise. Whats surprised you most about them connecting in a format like this?

McFadden: Well, I think the thing that stood out to me most is how difficult it is to hear yourself while doing a podcast. Its sort of an existential dilemma! Thereve been surpriseslike, with Wil Wheaton, I tried to play games with him because hes just a good podcast host. I wanted to not have it so he felt like he was being interviewed, or interviewing me, so, I made us play games. Things like Never Have I Ever or answer ethical questions. Really surprising things came up. I learned so much about him, that was super fun. I learned stuff about Jonathan [Frakes, TNGs Commander Riker]. You know, like dinner time at Jonathans house, and how he and his dad behaved one day… really things Id never heard before, these stories. I hope people who listen will enjoy it as much as I did doing it. Well see. I thought better to try something and fail than not try at all. Thats what I was doing. I had a blast!

io9: Youre doing this at an interesting time for Star Trekwhats it been like for you, seeing Star Trek become really big again in a way it hasnt been for a while?

McFadden: I think its very, very wonderful. Im quite thrilled to see Star Trek being embraced so much. The show does talk about our collective future in a way that there is inclusion and more tolerance and seeking for answersthe search for answers instead of just judgemental, This is wrong. This is right, but being able to hold contradictions. The thing that I always loved about Star Trek is that it teaches people how to think and discuss things collectively, and that is what we need to do if there is going to be a future if we ever work together to solve some of our crisesbe it economic or environmental. So, Ive loved it. Even if I could go back to the Next Generation, the very idea that there was a character like Wesley Crusher… I think that was such a prophecy of what was coming with young people, and technology, and how they are coming up with robotic things and all sorts of stuff. We have the rover on Marswhat its capable of doing it astonishing!

I think that that is why Star Trek is popular. I think all of the generations that followed ourssomeone I talked to today, he was seven when he first saw Encounter at Farpoint, and technology is totally a part of his life. So, it makes sense its come back because that is where it was when we started our show from when the original started. Its about the future. The writers talked to scientists and people who were futuriststhat was their titleand look at all the things that we have now in technology, like the cell phone, and many other things. And thats just going to happen more and more. So why not be involved in a show that talks about the future in a positive way? I would say thats why its more popular now. We really have seen how some of the things were talking about have come to fruition. And that is going to happen more and more if we work together and think about these problems in a positive way.

InvestiGates: Who Do You Think You Are? launches today and is available where all good podcasts can be hyposprayed into your eardrums, including on Spotify, Apple Podcasts, Stitcher, Podbean, Amazon Music, and more. 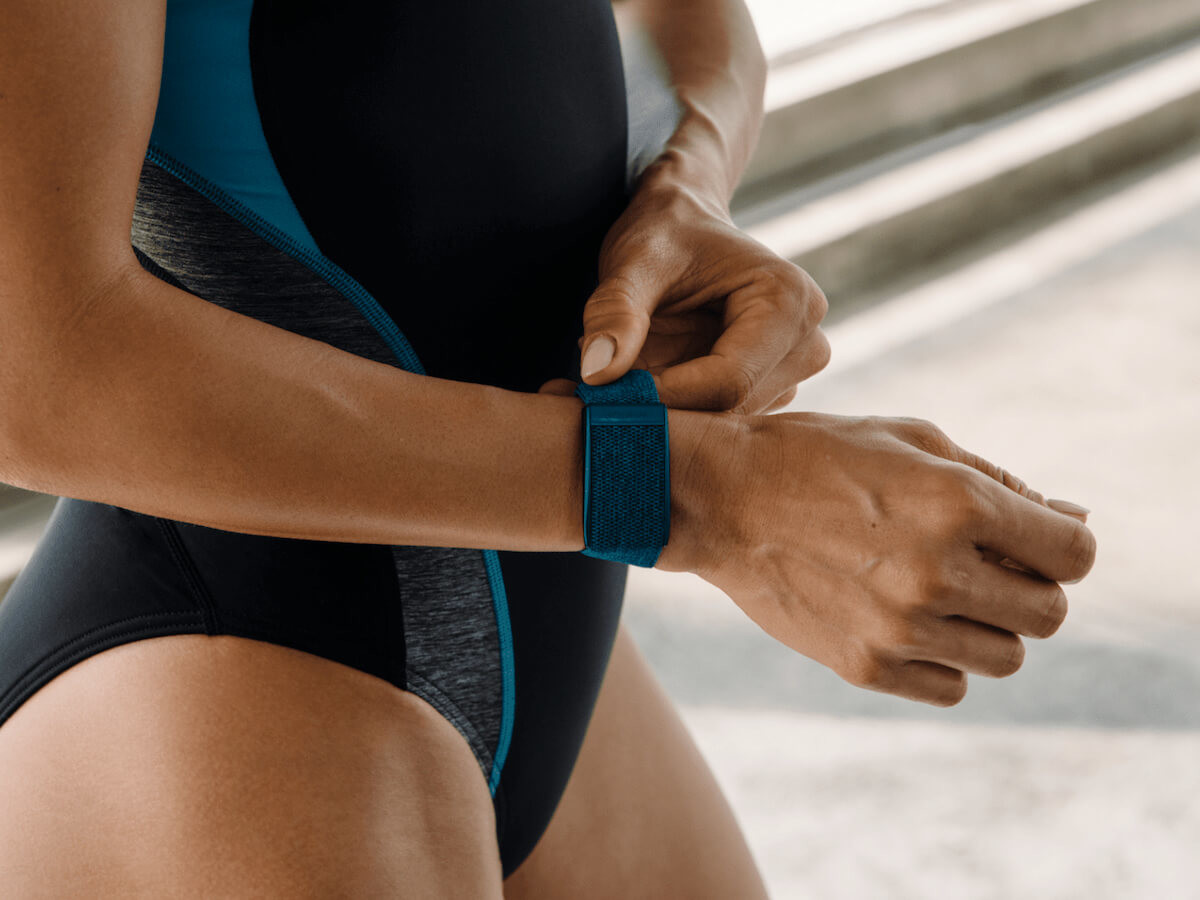