By the time were available to the masses, it had been over two years since the company first introduced the platform. Although the immersive audio format has been part of streaming libraries , Sony initially relied on third-party speakers to evangelize the public. The company eventually , but until this spring, it didnt have any compatible speakers. , the company officially announced (after two years of teasing). The SRS-RA5000 is the larger and more powerful of the duo and its the more expensive. At $700 (500), has Sony done enough to convince us that a dedicated 360 Reality Audio speaker is worth the investment?

Sony first showed off when it introduced the platform at CES 2019. That design would end up becoming the SRS-RA5000. The rounded prism enclosure is larger than most shelf speakers at 13 inches (33 cm) tall and weighing in at 10 pounds (4.5 kg). This thing stands out on a table, mostly due to its size. The dark gray speaker cloth covers the entire thing and copper-colored cone-shaped feet stick out from the bottom. Up top, copper rings frame a trio of up-firing speakers. In between, the cover curves inward, flaring wider at the top and bottom of the unit.

The RA5000 has a simple look, though its curved silhouette keeps it from being boring and boxy. Even the Sony branding is somewhat out of view on the top of the speaker. Theres a light along the bottom edge that lets you know when the speaker is active, but thats it. Around back, theres a 3.5mm line-in jack and an air duct for the woofer, but the main panels of the device are otherwise unadorned except for the controls.

All of the controls sit along the top edge of each side. Theyre small icons, so they arent an eyesore. To the left of the front, there are buttons for power, input and sound mode. Corresponding LEDs and labels for each button sit on the top panel, around the edge from the buttons themselves. On the right side, volume controls flank a play/pause button to give you on-board options for managing audio. Theres no labels for these, but the buttons themselves are shaped to fit their function, so its pretty self-explanatory. Inside, the RA5000 houses seven total drivers: three up-firing, three side-firing and a woofer positioned in the middle. These are positioned in a way that beams sound out in all directions.

To get the RA5000 up and running, youll need your phone and some apps alongside Bluetooth and WiFi connections. The process is a little different depending on if youre using Google Assistant and Chromecast or Alexa and Alexa Cast, but many of the steps are the same. For both, you start by pairing your phone with the speaker via Bluetooth. With Assistant and Chromecast, you then use the Google Home app to add the RA5000 to your WiFi network. For Alexa, the Sony Music Center app guides you through linking the speaker with Amazons voice controls. The RA5000 also supports Spotify Connect even though the streaming service offer 360 Reality Audio content.

To be clear, the RA5000 doesnt support on-board voice controls. The microphones on the speaker are for room calibration. In order to control music and other audio with spoken cues, youll need a separate device like a Google Home Mini or Amazon Echo Dot.

Room calibration is also part of the initial setup, and should be done any time you move the speaker to a new location. All you have to do is push the Immersive Audio Enhancement button (music note) on the left and the speaker does the rest. The RA5000 plays a series of tones as it listens and adjusts to the environment in a matter of seconds.

The Sony Music Center app is not only how you set up the speaker, but its also where you make detailed changes to the sound profile of the speaker. Sony gives you a lot of options here, including audio presets, a manual EQ, up-firing speaker levels and more. You can also turn off the Immersive Audio Enhancement, which makes stereo content sound more like 360 Reality Audio. The app will allow you to turn automatic volume off as well, if you find consistent level correction problematic.

Sony also gives you the ability to use the RA5000 with a TV or as part of a multi-room audio setup. The speaker can connect to compatible Bravia TVs via low-latency Bluetooth if you want to make the investment part of your home entertainment arsenal. Multi-room audio is configured through the Google Home app, so the rest of your gear will need to work with Googles tech too.

To the listener, the premise of 360 Reality Audio is rather simple. Tracks are configured to sound like musical elements are positioned all around you. In other words, to simulate the feeling of being inside of the song. For studio engineers, things get a little more complicated, but Sony is working to ease the burden. It has created a plug-in for DAW (digital audio workstation) software that makes the transition to 360RA the positioning of individual elements a bit easier.

A light at base of the RA5000 changes from white to a teal to let you know when youre actually listening to 360 Reality Audio. This became important for me as early in my tests I thought I was casting 360RA music from Tidal and Amazon Music desktop apps to the speaker, but it wasnt until I started using mobile apps that I realized that wasnt the case. Whats more, Tidal has a dedicated 360 Reality Audio section on its smartphone app that isnt on the desktop. Theres a lot more content there than what turns up in a basic search and the service does a better job of labeling 360 tracks when you use your phone.

After testing 360 Reality Audio on two speakers and Sonys headphones, Im slowly being convinced a single speaker, even one with seven drivers, cant produce sounds that seem like theyre coming from all around. Theres no doubt the 360RA content sounds different, but the room-filling sensation that Sony touts doesnt really pan out. Based on the descriptions, and past demos Ive sat through, I expected something akin to Dolby Atmos through . That just isnt the case. Sound quality is consistent from all sides of the RA5000, so it does deliver on the promise of beaming audio in all directions.

That being said, the RA5000 still offers crisp, clear and warm sound. The speaker excels at highlighting subtle details in tracks like the natural reverb of drums and the rattle of a snare while keys, synths and guitar riffs punch through the mix. Everything sounds like it has more space to breathe. Again, it doesnt really seem like the instruments are positioned around you, but it is noticeably more open in the audio sense. Depending on your preference, you might say it sounds better. I certainly think thats the case.

With a limited 360 Reality Audio content library, the platform isnt yet to the point where I recommend paying extra for a streaming subscription to get access. As of January, only around 4,000 songs were available in 360 Reality Audio, so its understandable that youd want to wait a bit longer before buying in.

However, the RA5000 is equipped with Immersive Audio Enhancement: an algorithm that takes stereo audio and upscales it so its closer to room-filling sound. Basically, the speaker can make regular streaming tracks sound more dynamic and immersive. The end result is similar to, but not quite the same as a 360RA track. The music is noticeably louder, theres more presence and more detail than when the feature is turned off. Everything sounds less compressed. Its honestly shocking how dull and muffled a normal Spotify track sounds when you turn off the Immersive Audio Enhancement.

My only real gripe with the sound profile is the lack of bass. I tried every preset and I adjusted the EQ manually, but I could never get songs like Run The Jewels Walking In The Snow or Outkasts “B.O.B” (“Bombs Over Baghdad”), the latter of which is a 360 Reality Audio track, to have the energy and thump a great pair of headphones can muster. The attention is on mids and highs instead, so details like guitars, synths, cymbals and vocals are more prominent. When I adjusted the bass, it just made things seem a bit muddy.

Flipping back and forth between KAYTRANADAs BUBBA in Tidal HiFi (360RA) and Spotify (enhanced regular streaming), you can hear how the songs are a bit subdued in terms of volume, presence and detail. I should note you can also choose between three settings for the upward firing speakers (low, medium and high), which is another way you can alter the sound, but those drivers are still focused on mids and highs.

There are lots of connected speakers out there that will allow you to control the music from your phone without having to get off the couch. Sonos might be the biggest name here. features TruePlay tech that calibrates the acoustics of its speakers to the room you place them in. However, Sonos speakers dont support 360 Reality Audio, and the list of hardware that does remains quite small. Of course, Sonos doesnt claim to blast sound in all directions, just to provide high-quality audio with its somewhat pricey wares.

The first speaker that allowed you to listen to 360RA was . The device arrived around the same time Sony was rolling out the audio format and the $200 unit does a solid job. Its undoubtedly the best-sounding Echo speaker so far, but to make the most of it you need Amazon Music HD a pricier streaming plan. The good news there is that Echo Studio also supports Dolby Atmos Music, so youre not limited to Sonys modest content library.

Sony also has its own alternative to the RA5000 with the smaller . This 360 Reality Audio device houses five drivers (two tweeters, two passive radiators and a single full-range driver), room calibration and the handy Immersive Audio Enhancement. Its also humidity resistant, so you can put the RA3000 in your bathroom or kitchen and not worry about any damage from the warm and damp environment. I havent tested one yet, but its worth noting the SRS-RA3000 is less than half the price of its bulky sibling at $300 (300).

At CES this year, that it would work with third-party headphone and speaker companies to expand the availability of 360 Reality Audio. While this remains an on-going effort, Sennheiser has to its pricey and powerful . Of course, this is much more than a connected speaker, but it does offer the benefits of those devices while its main purpose is an impressive Dolby Atmos soundbar. More third-party support is almost certainly on the way, but theres no timeline for those integrations.

Sony has finally released speakers that bring the immersive audio platform it has been promoting for over two years to your home. With the SRS-RA5000, the company has a powerful and pricey unit that does a solid job with 360 Reality Audio while also upgrading regular content to sound more immersive. However, more bass would give everything a little more depth, and when youre paying $700 for a single speaker, it has to nail the sound quality. Especially when youre also investing in an emerging platform. Instead of showing me the RA5000 means 360 Reality Audio has arrived, the hardware much like the platform itself is still a work in progress. 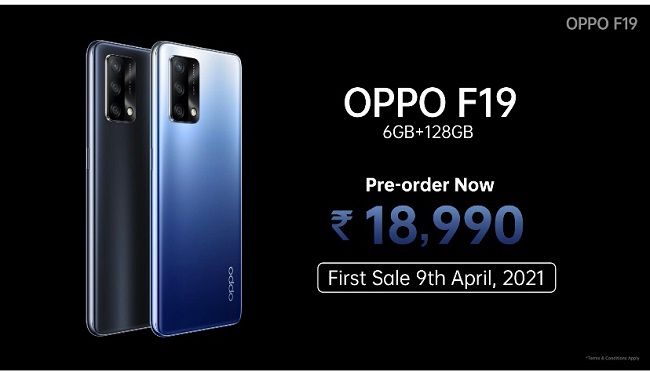 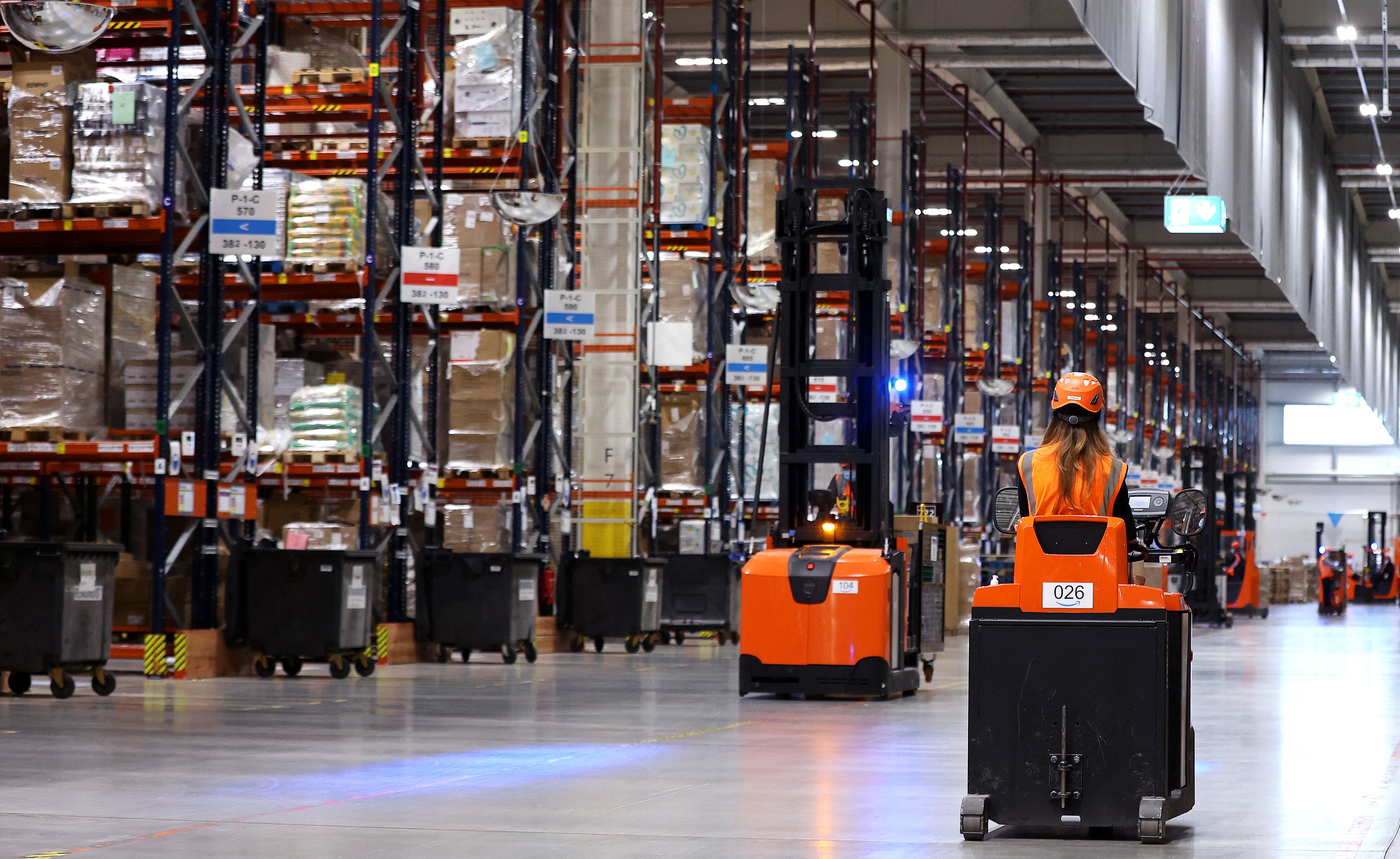