It’s been almost two years since Amazon released smaller versions of its original 10-inch Echo Show smart display, but on Wednesday the company announced updated versions of the Echo Show 5 and Echo Show 8, with a host of new features and hardware. The new devices are set to ship June 9 in the US, with preorders being taken now.

Although we haven’t been able to get our hands on the new devices just yet, the updated specs look quite promising. With new tricks like pan and zoom during video calls and ambient light detection, Amazon might actually leapfrog the competition’s small- to midsized smart screens.

All told, these improvements look substantial. Here’s what we’re looking forward to with these new devices.

The new 8-inch Echo Show 8 ($130, 120 on preorder) won’t be getting a new screen per se, but it might feel like it if the device’s adaptive color function works as well as similar technology on Google’s Nest Hub and Nest Hub Max. Those devices, as well as Amazon’s recently updated Echo Show 10, use an ambient light sensor to balance the color and brightness to make images and video really pop. The current-gen Echo Show 8looks duller and flatter by comparison.

The camera also looks set to deliver improved image quality, with a jump from 1 to a whopping 13 megapixels, bringing it up to speed with the current-gen Echo Show 10, on which the camera image is noticeably more vivid and lifelike both onscreen in “selfie view” and from another device, like a phone or tablet using the Alexa app.

Completely new to Amazon smart screens will be the Echo Show 8’s ability to pan and zoom to keep the camera focused on the user’s face during video calls. Facebook first introduced this feature in the widely, er, panned Facebook Portalsmart display, and Google later adopted it to its only smart display with a camera, the Nest Hub Max.

The new Echo Show 5 ($85 on preorder) won’t see improvements that are quite as dramatic, but the leap from 1 to 2 megapixels on the display’s camera is a welcome update, as is the availability of a third color beyond charcoal (black) and sandstone (white) — what Amazon is calling deep sea blue.

The biggest change to the Show 5 comes in the form of a brand-new kids’ edition, similar to the child-centric Echo Dot Kids. Like the Echo Dot Kids, the new Echo Show Kids ($95 on preorder) will have a more colorful, playful design — Amazon dubs the color “chameleon” — and, since this one has a display, it will also come with custom child-oriented home screen clock face options to choose from as well.

Also like the Dot Kids, the Show Kids comes with a one-year subscription to Amazon Kids Plus, which includes kid-friendly audio books and music, interactive games and educational skills (the subscription otherwise costs $3 per month for Prime subscribers).

Both kids’ editions also come with an extended two-year warranty instead of Amazon’s typical one-year guarantee.

Should you wait to buy the updated Show 5 or Show 8?

With recent word on the street indicating Amazon will be moving up its annual Prime Day event to June this year (Prime Day usually pops off in July), these devices should start shipping right beforehand. While there’s no indication yet whether or how much the new Echo Show 8, Show 5 or Show Kids might be discounted for Prime Day, historically Amazon has slashed prices considerably on its Echo devices across the board, or at least bundled newer products in packs of two or with other smart home accessories with aggressive pricing.

Amazon also has a history of deeply discounting previous-gen gear when a new generation goes on sale, which means the current Echo Show 8 and Show 5 (currently selling for $110 and $85 respectively) will also likely see prices plummet.

In other words, unless you’ve got an urgent need to add to your Alexa-enabled smart device collection immediately, you’re probably going to be better off holding out for another month whether you go with the updated devices or not.

All else being equal, it’s probably worth spending a little bit more on the updated Show 8 or Show 5 when they do come out. The current devices are already two years old, which makes them practically geriatric in terms of technology, and these updates really do bring the Echo Show line up to speed.

(Note that only the new Echo Show 8 has a UK price; none of the new devices have Australian prices yet.)

Bring your home up to speed with the latest on automation, security, utilities, networking and more. 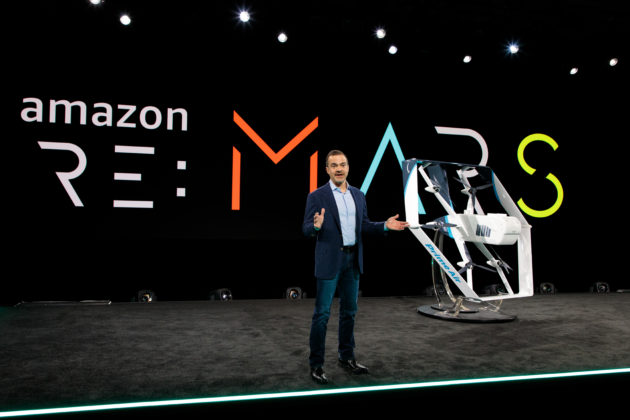 Why former Amazon exec Jeff Wilke thinks the U.S. can be a manufacturing powerhouse again

How To Insert Audio Recording Into Google Slides (Tricks that works!)

The 9 best films to stream on Hulu