Discord is staving off threats from competitors by deepening its audio communication service for gamers and other communities. Today the company is unveiling Stage Discovery, which is a new way for friends to hang out and discover audio events.

The new feature adds to Stage Channels, which is a way for Discord to ward off rivals Clubhouse and Twitter Spaces. Stage Channels are an easy way for people to host audio panels, comedy nights, and other live audio events. With Stage Discovery, it will become easier to explore these audio events without needing to hop in and out of Discord servers to find the ones you want to check out. Stage Discovery will be available in June.

San Francisco-based Discord is in a hot competitive market. In a story that we first reported, six-year-old Discord recently began and then ended talks with Microsoft to be acquired for more than $10 billion, and then it announced that Sony had made an investment into Discord. Discord is valuable as a strategic communications backbone for many game companies to talk with their fan communities, and it has also grown well beyond its gaming roots, said CEO Jason Citron said in a press event this week.

This is a really dramatic shift, Citron said. Its been inspiring to see all the new and creative ways people are using our service. The people who come to Discord have made it a place to make art, to share plant care tips, to karaoke, to speculate about cryptocurrencies, and most importantly, theyve made Discord a place to be themselves while exploring communities hanging out with friends and making new ones. They found belonging. That word belonging is powerful. It probably resonates with each of us a little differently after the last year. Everything we do at Discord is grounded in our mission of creating space to help people find belonging.

Above: Jason Citron is CEO of Discord.

Citron said that Discord has grown to 150 million monthly active users, and it doubled its numbers from 2019 to 2020, when the pandemic made its mission of creating places for people to belong became more important than ever. Discord doesnt sell advertising or user data, and it relies upon its Nitro subscriptions for higher-quality services to generate revenue. That strategy could have made Discord vulnerable to being acquired. But Citron said that Nitro subscription revenue tripled and that it has a strong and healthy business.

When we look to the future, we see a world where people are spending more and more time online, Citron said. This trend has accelerated dramatically over the last year. And we want that time to fulfill us as humans, to bring us together, not make us feel isolated or forced apart. Im thrilled to see how this group has been able to help people spend more quality time together because of the unique ways that our servers and works. Discord is about conversations and community content.

Last month, responding perhaps to Clubhouses success, Discord launched Stage Channels for more professional or complicated events than friends just talking to each other. The press event was held in such a channel, and it makes it easier to have audio speakers on a stage with an audience that listens and raises hands to ask questions. Stage Discovery is for friends to experience large group audio events, just like a physical event. Stage Discovery will tout some exciting creators to kick it off, with one creators name rhyming with rhymes. (Maybe its Grimes).

Voice channels were part of the original feature set when we first launched in 2015. But we had been hearing from people that as they organized bigger and bigger audio events in Discord, these events could become difficult to manage, Citron said. So we wanted to give them the ability to very easily share conversations with a few individuals to a large audience. Stages have been really popular since we launched them. And were proud to have successfully delivered this feature that people really want. But were not stopping there. 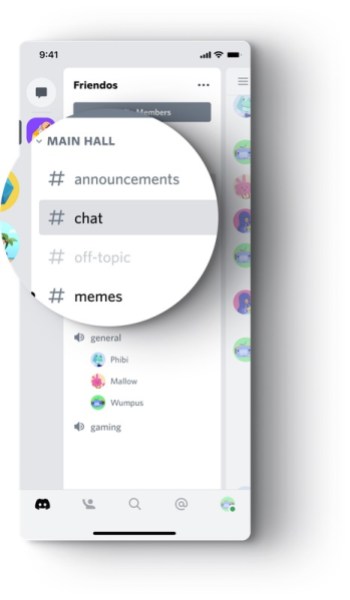 The community has been asking for ways to host a paid event, like a special meet and greet, a class on financial literacy, or even tutoring. So along with Stage Discovery, Discord will start testing paid tickets for extra special audio events, where the community can earn money through Discord. Its in private beta for now.

Discords is also launching threads, a new feature coming this summer, which will make text chat easier to follow and more streamlined so that you can go deep into a rabbit hole.

Citron said the company continues to invest in trust and safety while adding tools to help support communities of all shapes and sizes. Just last week it introduced a new exam as part of its Moderator Academy. Discord is also launching a branding campaign, dubbed Imagine a Place, on both TV and movie screens in the future. Discord already has a 68% brand awareness among 18-year-olds to 24-year-olds.

Citron started Discord in May 2015 with Eros Resmini (who since left) and Stanislav Vishnevskiy, chief technology officer. Now it has 350 employees, and 15% of them are dedicated to trust and safety. About 18 months ago, about 30% of server owners said their community was non-gaming focused. Now 78% of active users say they use Discord for non-gaming purposes. Overall, it has 19 million active servers and 40% of daily active users use voice. They spend an average of 146 minutes per day listening or speaking.

Discord noted it has Boy Scout meetings, book clubs, comedy clubs, distance learning, music, and language learning communities. As for the future, Citron said, Were optimistic about continuing growth as we explore ways to bring more value to our Nitro subscribers who want the best.

Above: Discord has 19 million servers.

Stages can currently hold about 1,000 audience members in a single room, but that will grow to 10,000 by early June. Vishnevskiy said one of his favorite events was an orchestral concert by a group of musicians in Plano, Texas. Youll be able to find such events through the Stage Discovery service, and you can share the event with friends. Theres no limit to the number of people who can be on stage, said Rick Ling, senior product manager at Discord, in an interview with GamesBeat.

He declined to say whether Discord was reacting to Clubhouse. But he said the companys focus is helping people find out where they belong and to carry on conversations with people, mostly with voice conversations. Stage Channels is an extension of that, he said. So far, the company isnt considering video stages. Stage Discovery will be available to 100% of users by June, across all platforms.

The key thing here is that its just easier to host these events now, as Stages have specialized controls where only a few people can talk at the same time, Ling said. Other people have to raise their hands to talk. But you know whos actually talking as a speaker. 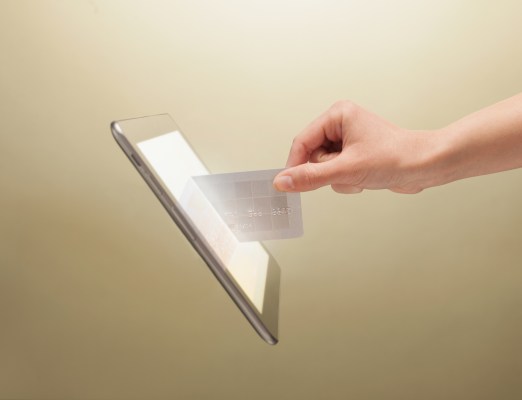 OnePlus Watch: A $159 smartwatch that seems almost too good to be true